Breaking
How To Delegate Effectively
Stock Market: Two New Trends Shaping Next Buying...
Apple iOS 14.0.1 Release: Should You Upgrade?
Social Media Marketing Consulting
What You Need To Know About Your Startup...
Governor Signs Landmark Student Loan Borrower Protection Bill...
Reddit Co-Founder Alexis Ohanian Plans $150 Million Investment...
This Week In XR: Enterprise Adoption And Financing...
The Disadvantages Of Aging In Place
How Advances In Customer Service Can Take Telehealth...
5 Reasons Why Your Startup Needs To Be...
Beyond-Professional: What Is The New Workplace Normal?
Manufacturing In The U.S. Is On The Cusp...
After 75% Rally, Johnson Controls Stock Looks Fully...
The Future Is Now: This Start-Up Offers Carbon-Free...
Eight Boxes To Check If You Want To...
Home Technology The Need To Avoid COVID-19 Stigma: Lessons From TB Response
Technology

The Need To Avoid COVID-19 Stigma: Lessons From TB Response

As the head of an asylum center, Christina Birkemose was nervous that she, or the people she worked with, would be stigmatized if she revealed that she had tuberculosis. Birkemose, now a city council member in Faxe, Denmark, was diagnosed with TB back in 2009, at the age of 29. The diagnosis was almost a relief, after experiencing severe pain and weight loss. “I felt so lonely all the time while going through the diagnostic phase. That phase was just so long and I felt hopeless.”

Thankfully, Birkemose began treatment just 10 days after ultimately being diagnosed. And she’s full of praise for the health authorities in Norway, where she was treated. They took good care of her physical and psychosocial health, she says, from the free treatment to the support during home isolation. She calls herself privileged.

Still, Birkemose was surprised by her diagnosis. She thought of TB as an old-fashioned disease, which only people with HIV or drug use histories would contract. “I wasn’t the natural kind of high-risk patient,” she believed. Yet there had been an outbreak in Copenhagen, where she had lived. 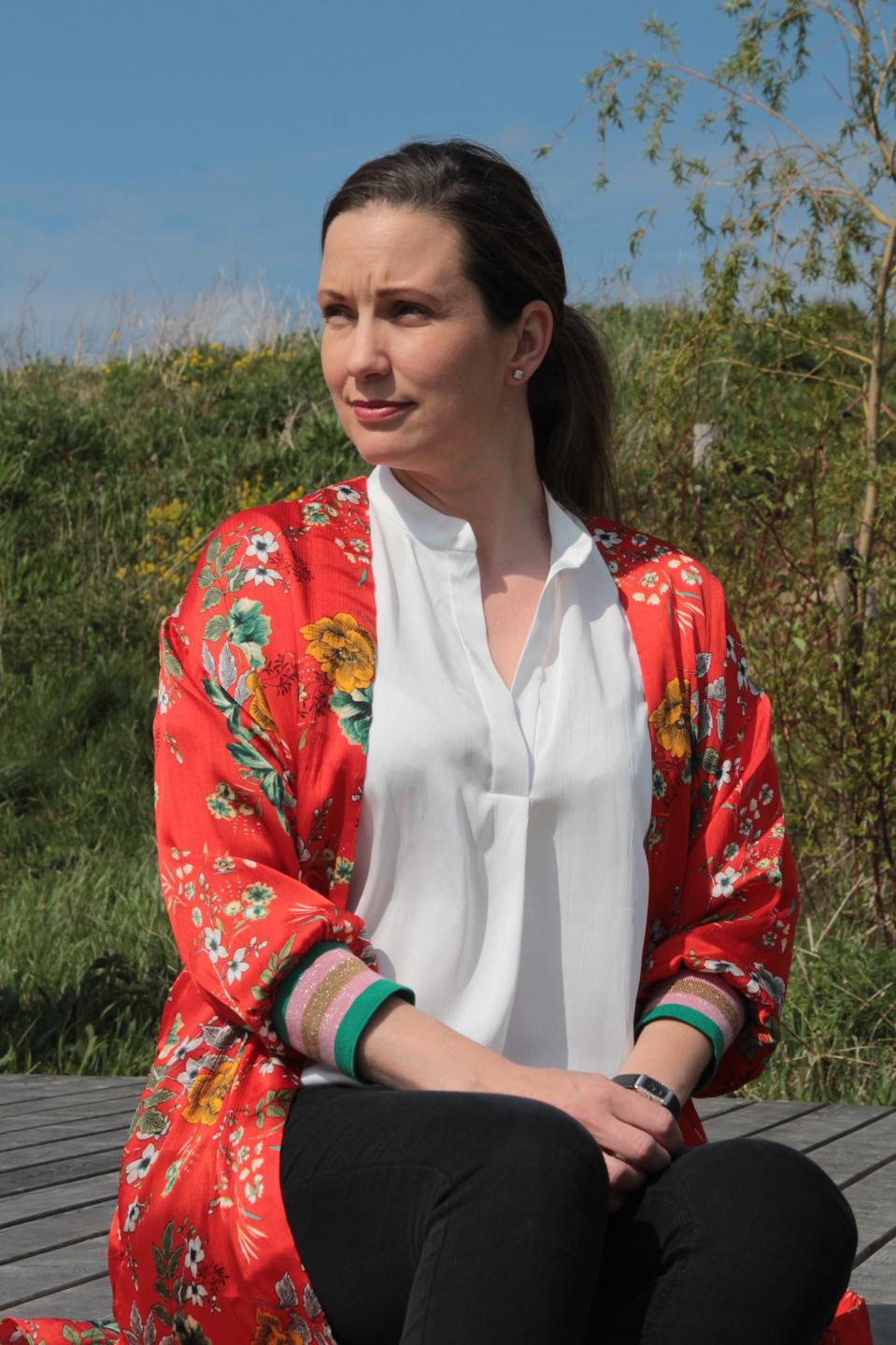 Tuberculosis, the world’s deadliest infectious disease, is typically a pain to diagnose, a pain to have, and a pain to treat. In a “sensitive” case, a patient might need to take medicine daily for six months. If a person has multidrug-resistant TB or extensively drug-resistant TB (which go by the superhero-sounding acronyms MDR-TB and XDR-TB), that treatment period could stretch out to two years or more, and possibly multiple rounds of medication a day. Each round might include a fistful of tablets, depending on the complexity of medical conditions a person is facing. (However, the World Health Organization recently issued new guidelines recommending shorter treatment regimens.)

One aspect that makes TB treatment even harder is the negativity sometimes attached to people with the condition. “We know how damaging stigma is in TB,” comments Grania Brigden, who leads the tuberculosis department at The Union, a lung health organization. “It excludes people and makes them less likely to approach healthcare.” In turn this “reduces the impact of prevention measures and increases the chance of transmission.” And Brigden is already seeing “all the horrible mistakes” of TB stigma being reproduced in some responses to COVID-19, with potentially pejorative terms like “Chinese flu” and “super spreaders.”

“I’m struck by the irony,” says Arne von Delft, a TB activist in South Africa. “For so long time we spoke about wearing masks for TB. Now everyone is running after the masks.” With the Unmask Stigma campaign, he encouraged people to wear masks in order to spread awareness of just how common TB is. Obviously that strategy is now on hold.

There are concerns now that the focus on COVID-19 will draw resources and attention away from TB. Yet people with TB disease, with their weakened lungs, are especially vulnerable to coronavirus. They often have similar initial symptoms, including coughing and fever. And von Delft points out that TB is still much more common in South African health facilities than COVID-19.

But there are prospects for complementarity in treating and preventing both of these respiratory infections. Brigden explains, “COVID-19 and TB can both be spread by coughing the virus/TB bacilli into the air and then those in close proximity breathe it in. This airborne route of transmission means that everyone who breathes is potentially at risk and naturally people do not want to make others sick, particularly those they are close to. This form of self-stigma is common in TB and can be lessened if the community is known to be supportive of someone who has the condition and has an understanding of the condition.”

At a basic level, reducing poverty and overcrowding, while increasing hygiene, will reduce the spread of both infections. And it may be feasible in countries with high TB rates to test for the two diseases at the same time.

One key lesson from the long and underfunded struggle to curb TB is put in stark terms by von Delft: “We must stop with the stigma discrimination right away.” This is what Birkemose is aiming for by sharing her story. In this she’s joined by the national Champions against Tuberculosis assembled by the Stop TB Partnership. These national champions include actors and TV presenters.

With COVID-19, it didn’t take long for well-known people to start revealing their own diagnoses, from Tom Hanks to Boris Johnson, or for governments to start mobilizing financial and technical support. Brigden says, “Initially when high profile people announced their COVID status, in some cases there were questions regarding ‘“who did you get it from,’” which contribute to the perception that someone is to ‘blame.’ But this seems to be reducing, so as long as the announcements are made in a positive manner without stigmatization or blame attached, this is a good way of reducing stigma and fear of a condition.”

When acquaintances told Birkemose, “You’re not the classical TB patient!”, they were expressing their shock that TB could extend close to them. But COVID-19 is showing how swiftly respiratory illnesses can spread, and the need for a flowering of local as well as international solidarity in response. Hopefully the drum that TB activists have been beating for years, about the importance of bringing patients and information out into the light, will help in fighting this new pandemic.

Did I Predict A Slowdown In The FinTech Market Back In December?