Breaking
Looking To Improve Efficiency In Your Business? Here’s...
AI and machine learning for business
How Social Media Changed the World
Shopify: The Pros and Cons
Should your business go green?
Expanding Your Business Into Spain: What You Need...
Essentials For Your Office Coming Out Of COVID-19
What Can Marketers Learn From Digital Cults?
Why NASA’s James Webb Space Telescope Will Never...
Increasing HR Effectivity and Efficiency through Software Solutions
The Difference Between Building A Startup In Bull...
Fluor Corp Ranked Among Today’s Top Shorts
Common Pitfalls to Look Out for When Buying...
Will the Olympics go ahead this year?
Pack Up the Big Top: Insights from MozCon...
Best WordPress Themes for Blogs
Home Technology The New Rituals Of Business
Technology 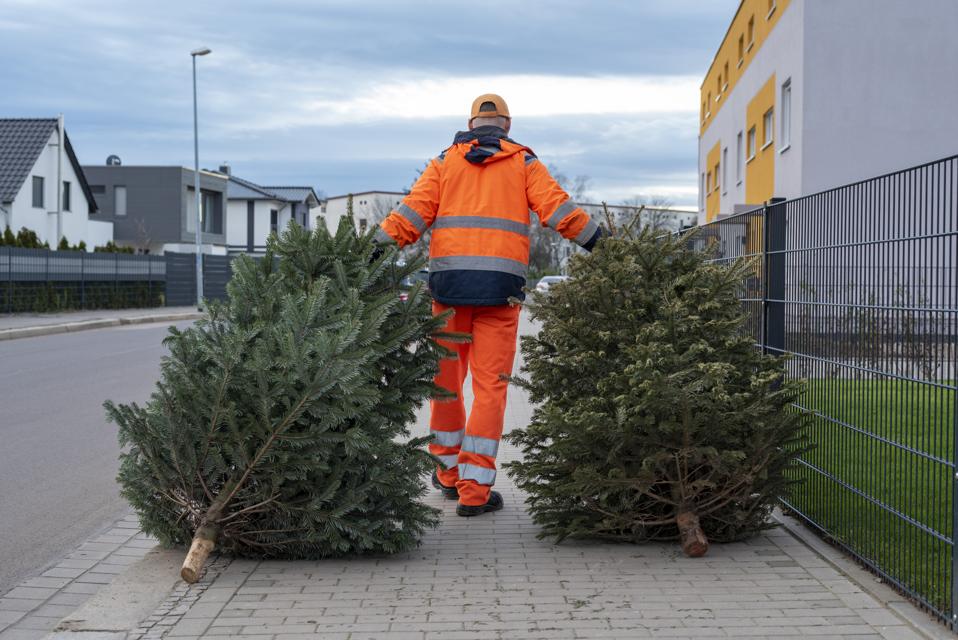 Nothing says “it’s over” more than the piles of discarded fir trees that line the streets on January 6th. But with somewhere close to 40 million of them sold across the US and UK, their sudden uselessness is symbolic of more than just the end of festivity.

In these times, they are a symbol of profligacy and the lax attitudes towards sustainability that pervade society, despite the obvious environmental crisis ahead. Surely we are now smart enough to find a more ethically suitable carrier for our shiny baubles and fairy lights? Well, yes, we are. The problem here is not the lack of an alternative. Where we go wrong on Xmas trees is that we prioritise tradition over intelligent thought.

The origin of this tradition goes back to Renaissance-era Germany: it is a matter of folklore with no connection to higher-order faith. It is a purposeless ritual. And, as we enact it each year, literally millions of trees are felled, transported then irresponsibly destroyed. The Carbon Trust calculate that a two-metre tree disposed of in landfill has a carbon footprint of 16kg of CO2.

This problem of ritualistic behaviour is no lonesome pine. It permeates business sectors everywhere – driving lazy decision-making and unhealthy practices at the expense of common sense. These practices may once have been necessary, or harmless (or, at least, not known to be harmful) but are now overdue for change.

The automotive industry is a good example of this. It’s obvious that firms need to stop making fossil-fuelled cars sooner rather than later, yet the rate of change in the industry seems slow, nonetheless.

The ritual at play here is one of design tradition – and a recent one, at that. Car designers have got stuck in the boring, boxy, cup-holder-laden traditions that were formed by the engineering restrictions of conventional engines. Their creative wheels have got stuck in a rut.

Yet, the advent of electric engineering allows for far greater design freedom than car designers seem willing to take right now. Affordably priced electric cars with the emotionally supercharged credentials of a Ferrari Dino, the endearing charm of the VW Beetle, or the pure cheek of the original Fiat 500 are all within easy grasp. If the automotive industry is going to provoke the change, we need to see in the world then it needs to abandon the conservative design traditions it has acquired over the last forty years and get funky again. It’s good to see Tesla’s Cybertruck making a statement to this effect.

This radicalism should be especially visible in the design for autonomous vehicles, but the conventions of how a vehicle should ‘look’ combined with irrelevant safety standard rules have cramped innovation. So, it’s heartening to see that the Nuro R2 self-driving delivery vehicle now has an exemption to free it of certain design requirements required by federal regulators. The company can now build vehicles that don’t have side-view mirrors and a windshield – a small start to detonating the straitjacket of tradition but one that will accelerate.

But destroying outmoded rituals is only half the story of how business needs to adjust to new realities. Rituals are, after all, important. They provide emotional reassurance, they help us navigate intellectual complexity, and create shared narrative and meaning. The fundamental human importance of such things must not be ignored. It’s vitally important that brands that seek to challenge the status quo bring creativity and inventiveness to the entire experience of their brands, not just to product or service design.

This explains why so many direct-to-consumer brands have failed to catch hold: yes, there is a rational argument for DTC, but a clinical, emotionless click-to-buy process is not enough to fully engage the reward mechanisms of the human brain.

The age-old market-place rituals of search, discovery, negotiation and physical acquisition are far from obsolete – they just need to be delivered in new form. With the advent of 5G we should expect the next-generation of ecommerce to offer an altogether richer and more engaging experience.

It’s also noteworthy that companies such as Uber Eats and Deliveroo have succeeded in ritualising food home-delivery services by branding (in its broadest sense) that service as distinct from the food product itself. DTC brands can learn from this: your moped may require the same creative investment as your flagship store.

Many of the world’s most successful companies have long understood the importance of rituals, of course. After all, what is Coca-Cola other than a ritual moment in which to celebrate the joy of free will? IKEA turned a trip to the homeware store into a ritual hunt through the forest pathways. Apple, whether deliberately or inadvertently, created the ritual of smartphone: a technique for coping with social awkwardness by engaging with a device instead of an actual person. None of these examples could be described as product features and benefits, yet all are fundamental reasons behind these brands’ success.

The lesson here is that is not enough simply to disrupt outmoded practices. The real task is to invent new, more meaningful and relevant rituals that add deep emotional meaning to the customer experience. The brands that get that right are those that will truly succeed.

The Fed Does Not Need Fedcoin To Protect Consumers

BT: We Will Use Tech To Create A New Version Of Disability Soccer