Breaking
How To Get Your Startup Business Off The...
How To Create A COVID Safe Construction Site
How to Make a Good First Impression at...
Covid-19 Death Toll In U.S. Passes 200,000
Apple iOS 14 Has 25 Great Secret Features
5 Decisions That Will Increase Your Chances Of...
Coronavirus Is Shaping Up To Be Very Bad...
TikTok: Why Is Everyone In A Tizzy?
Is It Time For A Bank For Women?
As Israel Locks Down, Its Health Tech Sector...
Buying The Bulge Is Dangerous
5 Strange Things Happening Right Now In The...
The Best Blogging Platforms (In-Depth Review)
How Will The Coronavirus Impact Your Finances?
How Xbox Series X Will Attempt To Avoid...
Virgin Orbit Seeking Over $100 Million As ‘Jaw...
How To Develop The Confidence To Launch A...
USPS Covid-19 Coronavirus Plan To Send Every Household...
Android Circuit: Mysterious Samsung Galaxy, Google’s Next Pixel...
Home Finance The New Rules For Winning In The Trust Economy
Finance

The New Rules For Winning In The Trust Economy

Forget EBITA, P/E ratios and Black-Scholes models. The metric that matters most right now when it comes to determining the future success or failure of a multinational corporation is trust.

A number of recent events have cemented this fact. First, BlackRock, the world’s largest asset manager which oversees roughly $7 trillion in investments, broke the financial news media when it announced this past January that it was not just putting sustainability at the center of its investment strategy, it would immediately stop investing in companies that present a high sustainability-related risk, such as coal producers. 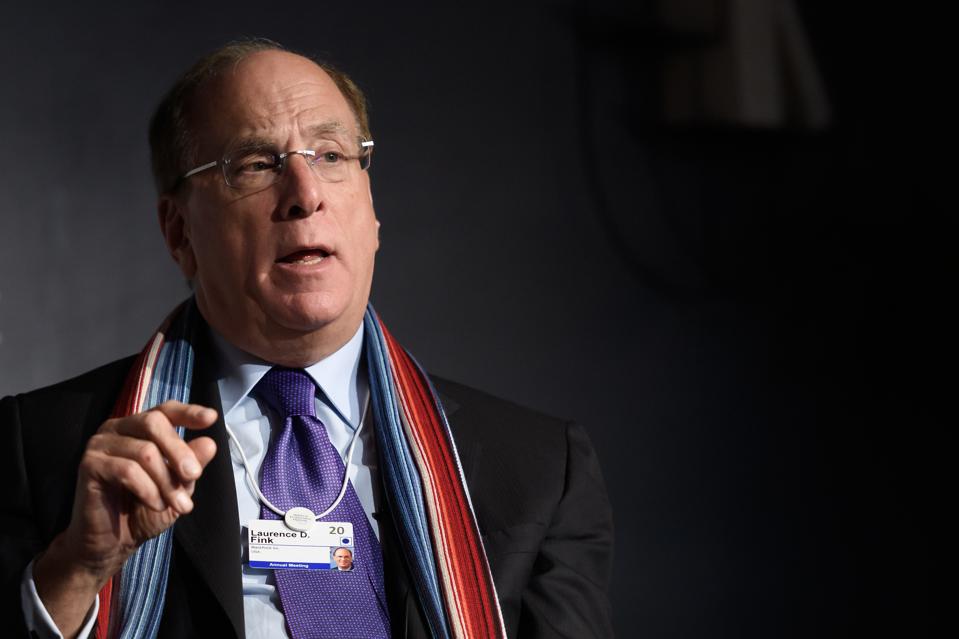 The day of the announcement, the firm experienced its largest one-day inflow ever, with $1.5 billion in new investments pouring into one of its funds. BlackRock quickly followed the announcement by launching a new sustainability-focused ETF, which received more than $600 million in investment in its first week.

Shortly after BlackRock’s announcement, the world’s corporate leaders congregated in Davos for the 50th annual World Economic Forum, where the breakout news was once again focused on corporate social responsibility and sustainability. By the end of the event, CEOs of 140 of the world’s largest companies had agreed to support an effort to develop common metrics and disclosures on issues related to Environmental, Social and Governance (ESG) and Sustainable Development Goals (SDG). The initiative was anchored by a proposal prepared by the World Economic Forum and the Big Four accounting firms, which outlines Common Metrics and Consistent Reporting of Sustainable Value Creation.

Companies of every type have been talking about ESG for years and the idea of sustainable investing is nothing new. What is new, however, is the world’s largest companies putting real skin in the game. Since Davos, several major corporations have announced substantial initiatives to address sustainability, most recently with BP CEO Bernard Looney pledging to cut his company’s greenhouse gas emissions to net zero by 2050 or sooner.

All of this is good news. Multinational corporations are the world’s most powerful agents for change and building consensus around what it means to create sustainable value will no doubt drive significant focus on critical issues. But it also introduces a level of disruption whereby the base metrics for success will need to fundamentally change.

The one core value that has not changed, however, is trust. The ability of consumers, investors, employees, regulators and other stakeholders to trust a corporation to do the right thing when it comes to issues like the environment, fair wages and employee benefits, diversity and inclusion and data privacy has become the golden rule for success in 21st century business.

When it comes to delivering on the trust metric, however, businesses still have a long way to go. According to the recently-published Edelman Trust Barometer, which evaluates businesses, NGOs, the government and the media based on their perceived competence (or ability to deliver on promises) and ethical behavior, businesses rank highest on competence, but come up lacking when it comes to ethics. Digging deeper, the annual survey finds that 83% of employees say they fear losing their job. Reasons given for this fear include the growth of the gig economy, the looming recession, a lack of skills, cheaper foreign competitors, immigrants who will work for less, automation, or jobs being moved to other countries. In addition, less than a third of people trust that businesses will pay decent wages or provide retraining for workers whose jobs are threatened by automation.

These are the metrics that will increasingly govern corporations’ ability to recruit and retain talent and continue to grow in an environment that is judging success not just by financial results, but by the paths taken to get there.

The good news is that the wheels are in motion. Companies are changing behaviors and starting to align to new reporting standards, such as those proposed by the World Economic Forum, which will recognize quantitative performance on things like ethics, climate change and developing skills for the future right alongside corporate earnings and stock price as the success metrics that matter.

But we’ve still got a plenty of work to do. Business leaders need to recognize that setting standards for big headline ESG metrics is just the beginning. Yes, we need to ensure that our companies are hitting critical thresholds when it comes to environmental and social issues, but we also need to focus on the little things that will have the cumulative effect of building a real culture of trust inside our businesses. That means making the critical realization that the right decisions for employees and customers are also the right decisions for shareholders – that, in the long run, doing what’s right today – even if it may not be the fastest path to a short-term profit – will pay off tomorrow.

It’s not an easy time to do this. Corporations need to contend with a volatile mix of variables today as they plan for the road ahead. All at once, businesses are being disrupted by technological advances, new modes of consumer behavior, constant regulatory reform and an entirely new rule book for what constitutes success. Those who get the formula right will be those who keep trust at the center of everything they do.