Breaking
How To Get Your Startup Business Off The...
How To Create A COVID Safe Construction Site
How to Make a Good First Impression at...
Chinese Real Estate Billionaire Scrambles To Raise Cash...
From A $100 Microphone To Millions Of Downloads:...
Life In 2020 AD: Is Remote Work Working?
Dividends, Growth And Value! I Reckon This FTSE...
Doug Flutie Maximum Football 2020 Trailer: Madden Alternative...
Anxiety Looms As Gold Prices Rise
Billionaire Twitter CEO Jack Dorsey Reveals Why Bitcoin...
Rebuilding The U.S. Innovation Economy Requires Openness, Not...
Sumo Logic IPO: A Trusted Partner For Digital...
The Best VoIP Phone Services (In-Depth Review)
Lifestyle Planning: What It Is, Why It Matters...
Storage Leads The Way For Mixed-Asset VPP Models
Snowflake CEO Frank Slootman Talks IPO Pop: Narrative...
Lovevery’s Founders Show Us How To Thrive, In...
Facebook Announces New Digital Suite For Small Businesses,...
To Deliver Better Customer Experience Brands Need To...
Home Business The New ‘Stranger Things 4’ Trailer Was A Mistake For More Than One Reason
Business 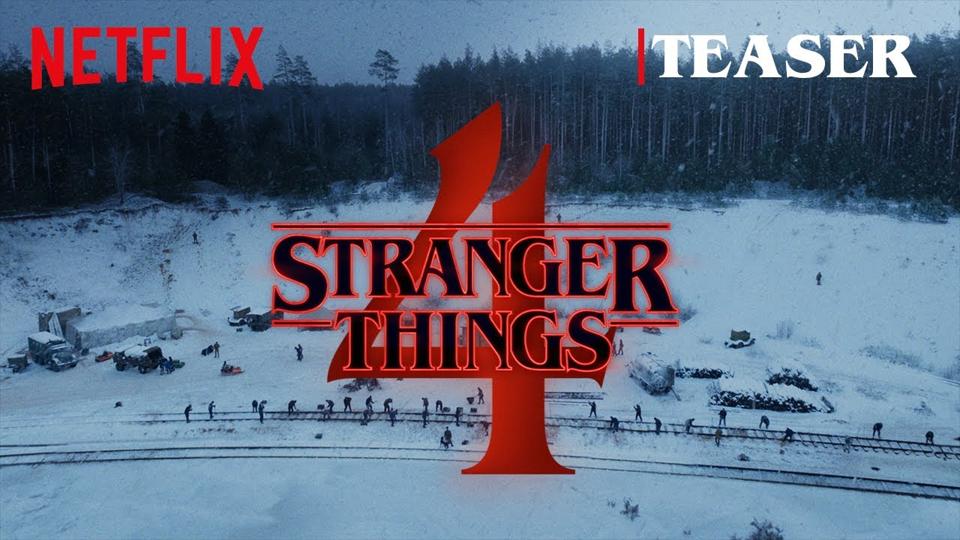 Netflix released a teaser for ‘Stranger Things 4’ yesterday that contained a huge spoiler. They … [+] should have let it be a surprise.

It contained a major spoiler for the show’s fourth—and final—season. In order to discuss the trailer and why I think it was such a bad move, I’ll need to discuss that spoiler. So be warned. Turn back if you, like any sane person, would rather not have major plot points spoiled in promotional materials. More than likely, however, you’ve already seen the teaser and so you’ve already had your spoilers. If so, come on in.

Here’s the teaser in question, titled “From Russia with love…”

In this teaser we find ourselves in what appears to be Siberia, Russia where Soviet guards watch over a chain gang of prisoners working on a railroad.

One of these prisoners takes off his hood and it’s Hopper (David Harbour). He’s gaunt and his head has been shaved and he looks every bit the hardened gulag inmate. Harbour beefed up for Hellboy and, despite the whole “starving in prison” context, he’s never looked better. 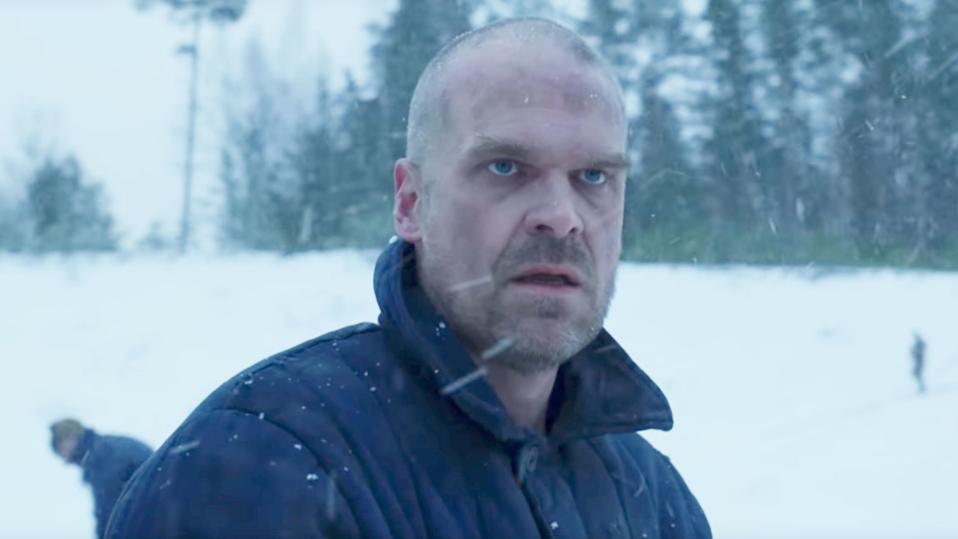 From Hopper with love.

Stranger Things 3 was great and it ended with an emotionally powerful scene of loss and compassion and friendship and love. Hopper sacrificed himself to save everyone and later, as Joyce (Winona Ryder) prepares to take her boys and Eleven (Millie Bobby Brown) off to a new life far away from Hawkins, Indiana, we see Eleven reading the letter that her adoptive father never had time to give her.

As Eleven reads, we hear Hopper narrating. Tears stream down her face as he imparts his love and better-late-than-never wisdom. We see Mike (Finn Wolfhard) and Dustin (Gaten Matarazzo) and Nancy (Natalia Dyer) and Jonathan (Charlie Heaton) and Lucas (Caleb McLaughlin) and Will (Noah Schnapp) and everyone saying their goodbyes. It’s such a good, powerful scene that it feels like it would have been a perfect place to end the series.

Actually, even though I’m (of course) excited for one more season, I’m a little worried they won’t be able to top the final moments of Season 3. It was the perfect finale, right up until they teased that Hopper might still be alive in the final scene in a Russian prison where we see yet another monster from the Upside Down.

Meanwhile, Hopper’s sacrifice was, itself, a powerful gesture and a really moving moment in this show. To have him come back from the dead cheapens that sacrifice and the emotional heft it pulled. It would be like . . . a certain main character in Season 1 of Game Of Thrones dying and then just miraculously returning. Sure, we’d all be glad to see him alive and well (just as we’re happy to see Hopper still kicking) but it would feel cheap, and rightfully so.

No, we never saw a body with Hopper, but as much as I love him and as much as his death hurt, I am more than a little irritated that he’s been so easily resurrected. Too often in TV shows, death is just a head-fake or a temporary setback. (If you ever endured the CW’s DC shows, you’ll know exactly what I mean. They’re always only mostly dead).

But even with all that aside, and even with the miraculous return of Hopper who somehow must have slipped into the Upside Down and out the other end into a Russian prison, this new teaser is kind of ridiculous. I’d much rather play the guessing game all the way up until I actually have Stranger Things 4 in front of me. Why would I want to see such a major reveal in a teaser?

Why are so many companies so intent on spoiling this kind of thing? It’s like the new Wonder Woman 1984 trailer, which has its own major spoiler that would have been a lot more fun if we’d seen it happen in the movie itself. Or look at The Walking Dead these days. Now, when a character is going to leave the show, half the time they announce it beforehand. Andrew Lincoln / Rick Grimes, Lauren Cohan / Maggie and now Danai Gurira / Michonne have all announced their departure way ahead of time. How is that fun for audiences? Isn’t this supposed to be surprising, shocking, dismaying, exciting and all the other qualities that are essentially the opposite of planned and telegraphed?

So hooray! We know now, beyond the shadow of a doubt, that Hopper will return in Stranger Things 4. We already had a pretty good sense that he would, but I still would have enjoyed discovering the truth while watching an actual episode instead of a trailer. That would be more fun and more satisfying. And it would keep us guessing from now until . . . whenever Season 4 lands on Netflix.

Want another spoiler? The plot of Season 4 will be: Upside Down monster returns aided by evil bad guys, will somehow be even more monstrous this time around, but the heroes (after some personal struggles including a reunion and some problem with Eleven’s powers) will overcome it once and for all. But at the very end there will be something that makes us think “Maybe not…”

Sorry, I really do love this show I just feel like we’ve had a bit of plot recycling going on for a while now. Season 1 is still the best! Fight me!