Breaking
Your Guide to Online Marketing
How to find a Solicitor in London
5 car tyre and safety tips for a...
Everything You Need to Know About Corporate Social...
Is Adaptive Leadership the Key to Motivating Employees?
Why business events are set to return with...
Business events set to return with a bang!
Expanding Internationally: 5 Things to Consider for eCommerce...
How the Machine Shop Is Going Digital in...
Sustainable Food Packaging Is Helping the Hospitality Sector...
Top 5 Investment Practices To Make More Money...
Managing IT Requirements for SMEs: 5 Aspects that...
How To Build a Successful Luxury Brand In...
Finding The Best Google AdWords Consultant for Your...
8 Top Tips To Help Your Agricultural Business...
Three Reasons Why Office Décor and Design Are...
Home Business The Next ‘Walking Dead’ Series Is All About Carol And Daryl
Business

The Next ‘Walking Dead’ Series Is All About Carol And Daryl 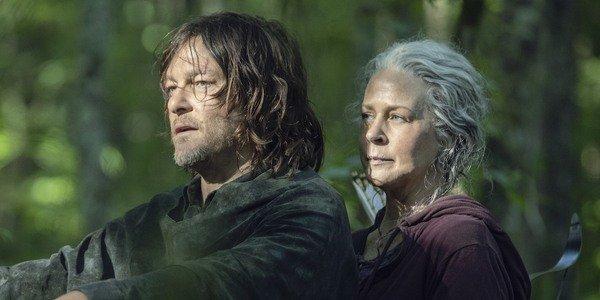 Well all good things must come to an end.

I suppose that was back in Season 6 for The Walking Dead, in whichever episode preceded the fake-out Glenn Death. It’s been downhill since then—though ever since Angela Kang took over as showrunner in Season 9 things have admittedly been a lot better. At times, the show has even had glimpses of returning to its old glory. There is no doubt that Seasons 7 and 8 effectively killed the show, but Kang has done her best to revive it.

Now The Walking Dead is ending after a two-year extended eleventh season.

That’s probably for the best.

It’s just that, well, too many of our favorite characters are dead now. It’s hard to care about The Walking Dead as much without Glenn, without Carl or Rick.

All the best stories are about characters first and foremost, and killing too many of them off can really change things in a detrimental way. Even Game Of Thrones, while never shy about murdering main characters, did so in a way that left the true protagonists largely intact.

Not so with AMC’s zombie drama. They forgot what a protagonist was to begin with.

Two of the best remaining characters in The Walking Dead are Carol and Daryl, played by Melissa McBride and Norman Reedus. While The Walking Dead will end in 2022, a fourth show is on the books with these two front and center.

While it doesn’t have a title yet, the new Walking Dead spinoff is all about Carol Peletier and Daryl Dixon—two characters notably absent from the comics. So the show will end roughly along the same lines as the Robert Kirkman comics (minus, you know, the main characters) and a new show, freed from the source material and starring the last two Season 1 characters remaining will emerge from its ashes.

And I hope that Carol snaps out of her ongoing—and insanely frustrating—BS. She’s already strained her and Daryl’s relationship to the breaking point and frankly I think she’s too experienced and too smart to keep making these kind of mistakes. She is, overall, one of my favorite characters, but they are constantly writing her into stupid corners. She claws her way back out time and again.

I also wonder if any other characters from the main show will carry over to this one. It’s not like Daryl hasn’t formed some other important relationships. Connie and Lydia in particular. Perhaps the tritagonist will be Dog? Carol is more of a loner (somehow) and has burned as many bridges as anything. Her one closest companion, Ezekiel, will likely not survive to the series finale.

In any case, the upcoming spinoff will probably debut in 2023 though it could pick up in 2022 right after the end of The Walking Dead. We can’t forget that the COVID-19 pandemic could still impact all upcoming content releases.

Read more about that series coming to an end, and how many episodes we have left, over at Paul Tassi’s joint.