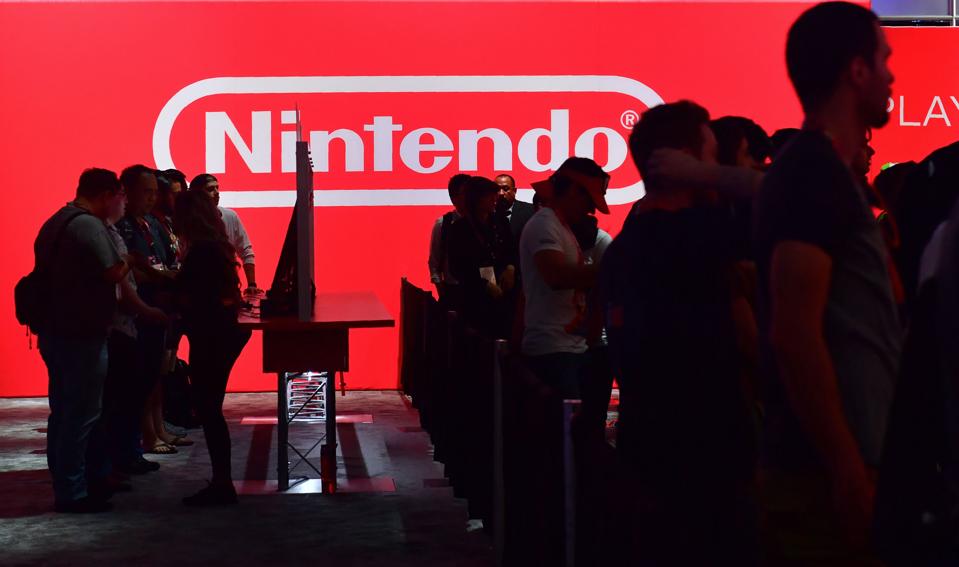 The Nintendo Switch has ditched the problems of the Wii U, but it may have picked up some bad habits … [+] from Steam. (Photo by Frederic J. BROWN / AFP) (Photo credit should read FREDERIC J. BROWN/AFP via Getty Images)

According to the NPD’s Mat Piscatella, over 1,480 games were released on the Nintendo Switch in 2019. That’s over 400 more than the combined total of released video games on PlayStation 4 and Xbox One last year.

The PlayStation 4 had just over 600 releases and the Xbox One saw just over 400. As you can see, the Nintendo Switch blew both systems out of the water in terms of sheer numbers.

This averages out to 4 new games released every single day of 2019.

This is certainly a marker of success. It’s also a stark contrast to Nintendo’s previous console, the Wii U. But even compared to the wildly successful Wii, the Nintendo Switch’s software release count is off the charts:

That’s remarkable. But there’s a catch—or rather, there are some important pieces to this puzzle that deserve consideration.

For one thing, many Nintendo Switch releases are ports from other systems. Many of the Nintendo Switch games that came out in 2019 had already released on PS4 and Xbox One and PC. There’s nothing wrong with that—it means that developers have enough faith in the Nintendo Switch that they’re willing to port games to it, something that the Wii U struggled with in a very big way.

So we’re seeing some truly incredible ports like The Witcher 3: Wild Hunt or Cuphead make their way to the Switch, which is terrific. It just also means that these games are releasing for the first time on the Switch while they’ve been out for years on PS4 and Xbox One. Even Nintendo has been porting its old Wii U games to the Switch, giving them a second, and much-deserved, chance at life.

The other piece of the puzzle is shovelware. There is a ton of shovelware on the Nintendo Switch’s eShop. I’m not talking about quality indie fare—there are a ton of great indie games also—but rather ports of cheap mobile games and the like. Nintendo has not done a terribly good job at filtering content, and the eShop is starting to resemble Steam and its pantheon of crap.

Quality is the flipside to the quantity coin, after all. There’s no doubt that this is a sign of success, but even so having a digital storefront littered with shovelware poses its own problems for both Nintendo and consumers.

In the end, it’s a good problem to have. Better to have too much content than too little, after all. I’m curious to see what happens in 2020 as Nintendo and third parties really start to catch up on quality ports and the Switch has to rely more and more on new content going forward. New content and shovelware, that is.

Box Office: ‘Joker’ Petering Out As It Nears $1.1 Billion