The Nominees For Best Retailers Of The Last Decade Are… 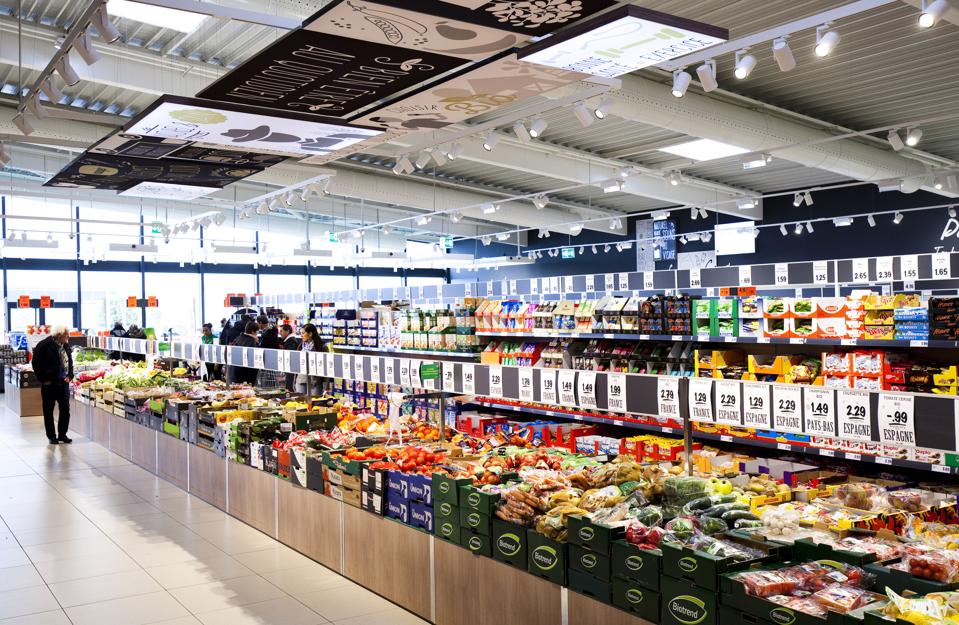 Good quality private labels at competitive prices displayed in their secondary packaging are the key … [+] to the German hard discounters. Interior of the Lidl supermarket, north of Montauban (south-western France). (Photo by: Andia/Universal Images Group via Getty Images)

Just like the Oscars, this author’s classification is not objectively determined. It is the result of a combination of financial and subjective variables. To avoid being repetitive, I focused on the business models rather than the individual players and underlined often overlooked characteristics. The classification is also based on this author’s actual empirical observation in market visits to over 30 countries during this past decade. This has advantages and unfortunately very big disadvantages in terms of thoroughness.

And the finalists are…

1.      The online masters: Amazon and Alibaba. Not much needs to be said here. Amazon started the decade ranked #28 by sales and ended up as #2, according to Deloitte’s Global Powers of Retailing. The 2010s was definitely Amazon’s decade, and today it is well set on its way to become número 1 by 2025. That is if you still believe Amazon is a ‘retailer.’ Many analysts believe that when over 60% of Amazon’s operating profits come from their technology division (AWS), Amazon may no longer be considered a ‘retailer’ but a ‘technology’ firm instead. The financials support this belief, given that at least with regards to cash flow, Amazon behaves more like Apple, Google, and Microsoft than Walmart, Costco, or CVS (please see graph below). It is the strength of its cash flow that allows it to mount offensives on three different victims stealing market share and driving their profits down; retail, entertainment, and logistics. Amazon’s online retail business model, however, has proven during the past decade to be not only sustainable but replicable by other players such as the Chinese Alibaba (not yet in the Top 10 at the end of 2019, but fast approaching).

Starting in 2014, Amazon’s cash flow started to increasingly behave like that of a technology … [+] company (Apple or Alphabet) than like a retailer (Walmart or CVS).

2.      The ‘Keep calm and carry on’ Germans. The hard discounters Lidl and ALDI (including their US subsidiary Trader Joe’s) had a great decade. Granted, they have barely moved over the decade in the global rankings, but have managed to grow in every single market where they are present. Moreover, the share of foreign revenue is among the highest in the industry (over 60%). Their relentless focus in the hard discount model (good quality private labels at very low prices), together with their ‘no-nonsense’ approach (no fancy M&A and almost no advertising nor digital presence) and organic growth awards them the prize for composure on the face of the Amazon schizophrenia that has affected most competitors. Focusing on the basics is still a winning strategy in the 21st century regardless of the markets you are in.

3.      Home Depot. The gals and guys with the orange apron have barely moved one spot in the rankings to #6, but their net profit trend is second to none (please see graph below). Through a combination of organic growth and extracting efficiencies in every aspect of the business, HD has managed to grow the bottom line consistently to the delight of shareholders. Their latest accomplishment was squeezing the 2018 tax reduction for all it was worth and thus extract over 10% net profits from their operation. This type of performance is rare in retail, where only the fashion houses are capable of achieving such margins. Moreover, HD is one of the few retailers that has quietly managed to integrate a real omnichannel experience into their stores seamlessly.

The net profit performance of HD during the last decade has been nothing short of astounding.

4.      The meatball chefs. Like the Germans, the Swedes from IKEA have a business model that is successful and unbeatable wherever they go. Their relentless focus on functional design, convenience, and value, together with their fantastic visual merchandising and product displays have developed into a business model nearly impossible to copy or replicate. Just imagine trying to deconstruct your Mom’s armoire and fit it into a couple of tightly packed boxes easy to re-assemble. So much so, that shoppers are willing to overlook quirky characteristics like their insistence on the plain Scandinavian menu (which I will concede reinforces positive Nordic associations) and the unfriendly ‘IKEA yellow brick road’. 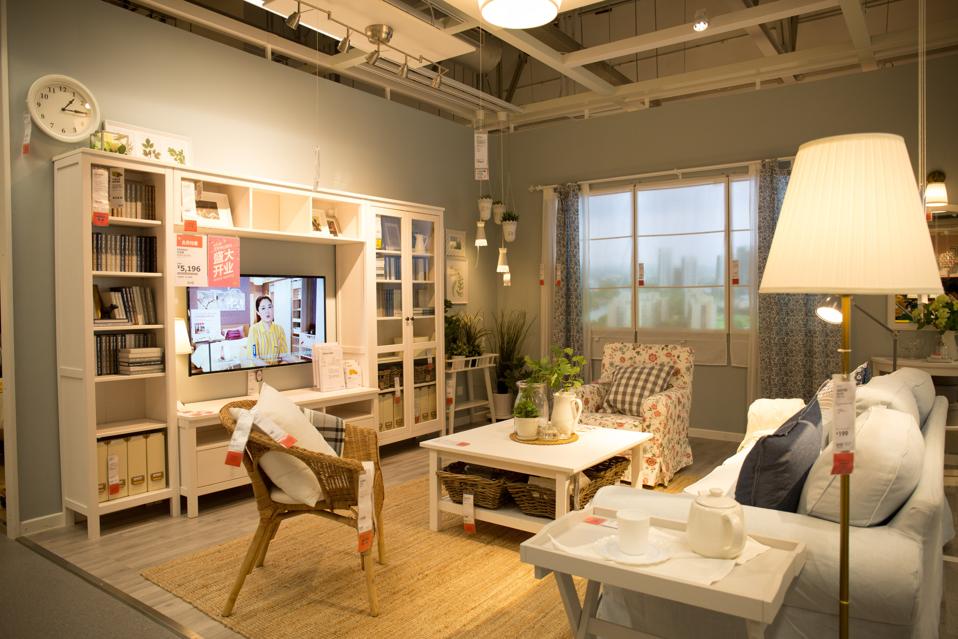 5.      The original Bentonville. The Whole Foods acquisition by Amazon finally woke up the sleeping giant that is the #1 retailer in the world, Walmart, after 20+ years of undisturbed predominance and complacency. The first panicky reaction by the giant was a series of expensive online and direct-to-consumer acquisitions and initiatives that ultimately proved, mostly to the giant itself, that there is no better way to refocus against Amazon than purely unadulterated Walmart. Towards the end of the decade, they ditched their fancy acquisitions and focused on leveraging their unbeatable network of stores through free same-day pickup in-store (BOPIS). Finally, Walmart had found its footing and started an effective counter-attack. The next couple of years will prove whether this response is sufficient to overcome the momentum gained by Amazon. The result no longer hinges solely on Walmart’s abilities, but also on Amazon’s probable earthly failures.

6.      The Spanish Bentonville. Unassuming Arteixo in Galicia is home to fashion powerhouse Inditex, the parent company of global brands Zara, Desigual, and Pull & Bear, among many others. Inditex rose twenty notches from #54 to #35, leaving The Gap behind by dropping from #55 to #59. Yes, Inditex is still not in the top 10, but their progress is impressive nevertheless. This goes to show us, once more, that you do not need a degree from the Ivy League or be based in a global metropolis to found and grow, in just one generation, one of the largest retailers in the world. Their ‘fast fashion’ business model, and the implicit obsolescence by design (one season), have surprisingly proven more successful than many of their better-quality competitors. The ‘fast fashion’ formula, like that of the German hard discounters, is another of the past decade’s winning models replicated by H&M, Uniqlo, and Primark, among many others.

7.      The last merchants. TJX and Dollar General. As Phil Wahba brilliantly summarized in a recent article in Fortune the common wisdom was that after the 2009 financial meltdown things would slowly go back to normal for US consumers. It never happened. I would dare to take Wahba’s logic even further and argue that this has happened since the 1970s. Whereas the American middle class was able to easily purchase a home and premium vehicles in the 1950s and 60s, that is no longer the case. In the best cases, they are struggling to keep up with their parent’s standard of living. It is this segment that feels left behind and disappointed by politician’s promises and driving the growth of what I call the ‘deep discounters’ (as opposed to Walmart which was commonly referred in the past as a ‘discounter’). The deep discounters can offer merchandise at rock bottom prices, sometimes even name and luxury brands, profitably. They are not chasing unicorns. As a dear colleague, Walter Holbrook, underlined to me recently, they are the ‘forgotten merchants’: capable of buying needed merchandise at even lower prices and display and offer them in stores attractive enough to appeal to large segments of the disenfranchised population. As long as the dynamics of the global economy remain unchanged and larger swaths of the population are marginalized, formats like TJ Maxx and Dollar stores will prosper. 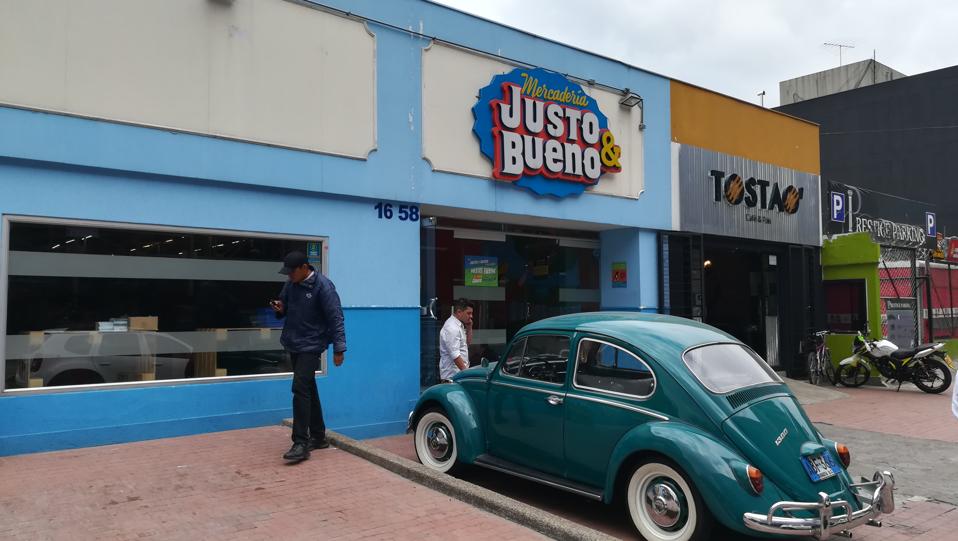 Justo & Bueno from Colombia is a new hard discounter that has grown over 800 stores organically … [+] since 2016.

8.    The obscure outliers. D1 and ‘Justo & Bueno’. These are my favorite pet retailers from Colombia. In over 30 different market visits in the last decade, none impressed me more than these two ‘poor man’ hard discounters. Colombia is one of the most competitive retail markets in the world. The market is dominated by one grocer (Grupo Éxito subsidiary of Groupe Casino from France) and complemented by a few regional players (Cencosud, Oxxo, Falabella, etc.), a plethora of outstanding local chains (Olímpica, La 14, etc.) and an infinite number of tenacious independents. Against this cut-throat backdrop, a Venezuelan ex-pat founded the D1 grocery chain in 2009. Based on the German hard-discount model, he grew it to over 500 stores and $ 500 million in sales by 2015 before he was forced out by a VC investment fund. The following year, he founded ‘Justo & Bueno’ based on the same premise. Today, D1 has over 1,100 stores, and J&B has over 800. The first is well over $ 1 billion in sales while the latter is just under one billion. Just like those low budget independent films that periodically storm the Oscars, this lone low-key entrepreneur deserves a standing ovation.

1.      Department stores. Whether we talk about Sears, JC Penney’s, El Corte Inglés, or Galeries Lafayette, the performance has been unremarkable at best and disastrous for most. Only Nordstrom is in a position to mount a credible come back on the face of massive consolidation. Granted, the department store was probably the most natural prey for Amazon’s carnivorous appetite. Yet, they utterly failed in their attempts to focus on what their digital competitor could never offer: a better sensorial shopping experience. 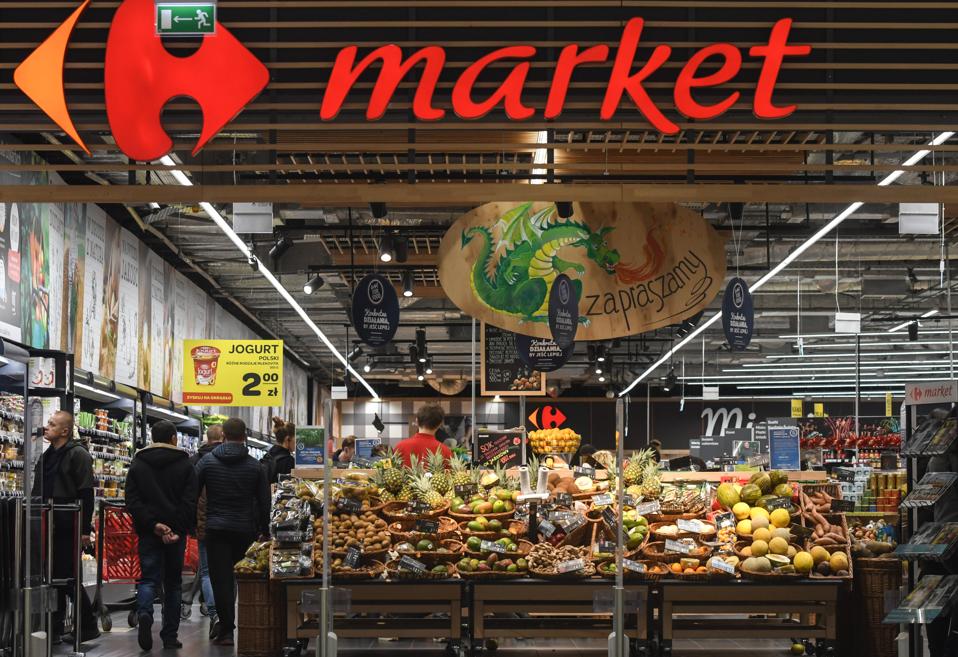 A view of a busy Carrefour Market shop seen in Krakow-Poland. The fall of once-mighty Carrefour in … [+] the global rankings reflects a worrying trend for French retailers. (Photo by Artur Widak/NurPhoto via Getty Images)

2.     The French. Ouch! This one hurts! Carrefour’s fall from #2 to about #8 (they asked Deloitte to be excluded from the Global Power of Retailing 2019) is indicative of the performance of the rest of French retailers; Auchan, Casino, Leclerq, etc. A lack of imagination, plus a lack of curiosity to learn from others and a focus on price in detriment of quality has resulted in their worst decade in history. For many years, this author was proud to point in class to Carrefour’s #2 rank in global sales, after all they had invented the hypermarket in the early 1960s, and were the first grocers to go global. This is no longer possible. Only powerhouse LVMH and their incredible portfolio of luxury brands buck the trend. I firmly believe French retailers should learn from Doug McMillon from Walmart and begin an exercise of deep humility and try to learn as much as possible from their international competitors, especially (ahem, ahem) Germans and Americans. More importantly, the French, in general, should discard their preconceived notions of what it takes to be successful in retail; whatever they were, they proved to be failures. They should embrace experimentation and innovation from whatever source they can find, even if it comes from young and ‘inexperienced’ managers and entrepreneurs, or from countries and companies with less history and tradition (hell, they could even go visit D1 and ‘Justo y Bueno’ in Colombia for inspiration!).

From Boxer To Entrepreneur: How This Founder Created An Immersive Wellness Center

Nvidia Is Preparing An Unexpected Surprise For Linux...