Breaking
Florida Supreme Court Tells The American Bar Association...
How to Write Perfect Paid Social Media Marketing...
How To Boost Productivity In Your Small IT...
How Restaurants Can Design a More Sustainable Food...
Expenses That Small Business Owners Need to Be...
How You Can Make Saying Goodbye To The...
Biden To Meet Royal Family At Cornwall’s Eden...
It’s Going To Be Emotional — Going International...
Peer Mentoring For Students: STEM & Buds
7 PR Trends in 2021: The Story So...
Google Plans Radical New Google Pixel Smartphone Upgrade
Where Did COVID Come From?
Ride To Growth With A Business Vehicle
C3.ai’s Tom Siebel: How To Scale AI
Moz Acquired by iContact Marketing Corp
10 Examples of Brands Using TikTok Stitch and...
Home Business The One Award Disney+’s Hamilton Won’t Win: An Oscar
Business

The One Award Disney+’s Hamilton Won’t Win: An Oscar 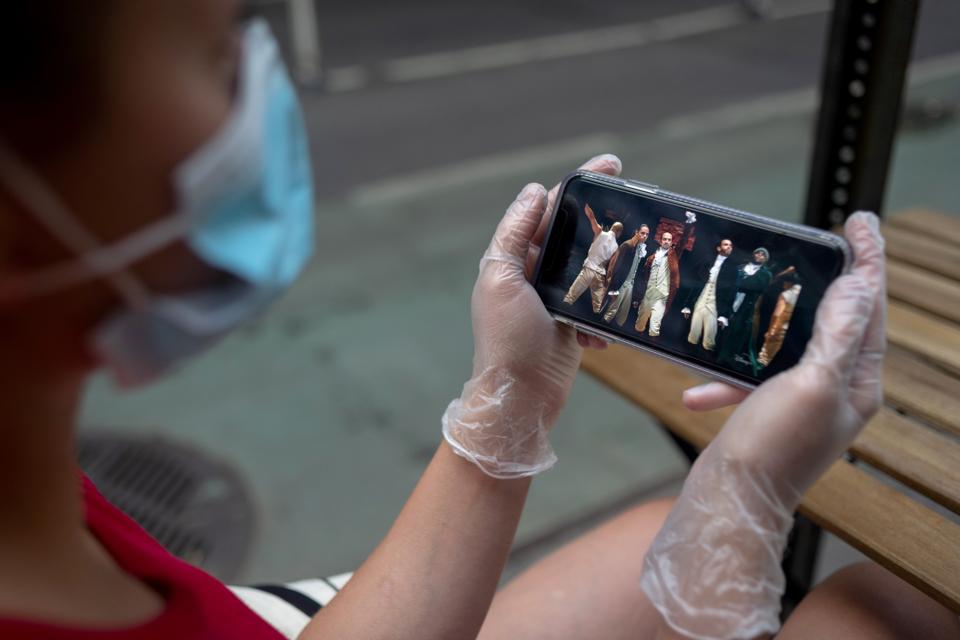 NEW YORK, NEW YORK – JULY 03: A person wearing gloves and a mask watches “Hamilton” on a phone while … [+] sitting at an outdoor restaurant as the city moves into Phase 2 of re-opening following restrictions imposed to curb the coronavirus pandemic on July 3, 2020 in New York City. Phase 2 permits the reopening of offices, in-store retail, outdoor dining, barbers and beauty parlors and numerous other businesses. Phase 2 is the second of four-phased stages designated by the state. (Photo by Alexi Rosenfeld/Getty Images)

If you’re hoping to see Hamilton win the ever-elusive Academy Award at the Oscars, you’ll be disappointed. And it has nothing to do with Disney+.

That may be disappointing to the legion of Hamilton fans that have watched the film win nearly a dozen Tonys, a Grammy, and a Pulitzer. It might also disappoint those who enjoyed watching the film this weekend on Disney+ after it debuted on the streaming service Friday.

All signs point to Hamilton being a big hit on Disney+. In fact, a report earlier on Monday said Disney+ tallied more than 752,000 downloads over the weekend after the film, which stars Lin-Manuel Miranda, premiered. That was up 72% compared to the weekend download figures Disney+ tallied each weekend in June.

Despite that success, Hamilton won’t find its way to an Academy Award. But oddly enough, in 1976, the film Give ‘em Hell, Harry featured an on-stage performance and earned an Oscar nomination for its star James Whitmore, according to Variety.

So, why can’t Hamilton get the same treatment? The Academy made the decision in 1997 to remove stage performance consideration when it updated qualifications for the documentary category.

Why Branding Based On What You Want Is The Most Successful