Breaking
Women Of Color Hill Staffers Talk New Economic...
Are You Ready For A Jaw-Dropping December? How...
FIFA 21 Next-Gen Details Revealed For PS5 And...
Being Right At Being Wrong
Click And Collect: How Retailers And Restaurants Can...
Biden’s Stock Market Is Off To A Faster...
How To Avoid Social Media Misinformation Ahead Of...
The True Cost Of Losing An RFP
When Cause And Effect Converged With Humanity
Exxon Mobil Breaks Above 200-Day Moving Average –...
This Small Business Is Looking To Make America’s...
This Woman Invented Something 160 Million Americans Will...
6 Questions To Practice Gratitude This Thanksgiving
Report: Facebook Tweaked News Feed After Election Day...
End The Month Strong With These Top Value...
From Maths Failure To Global Educator: How Knowledgehook...
Home General The One Thing Trump Got Right Is NASA Chief Jim Bridenstine. Should He Stay If Biden Wins?
General

The One Thing Trump Got Right Is NASA Chief Jim Bridenstine. Should He Stay If Biden Wins? 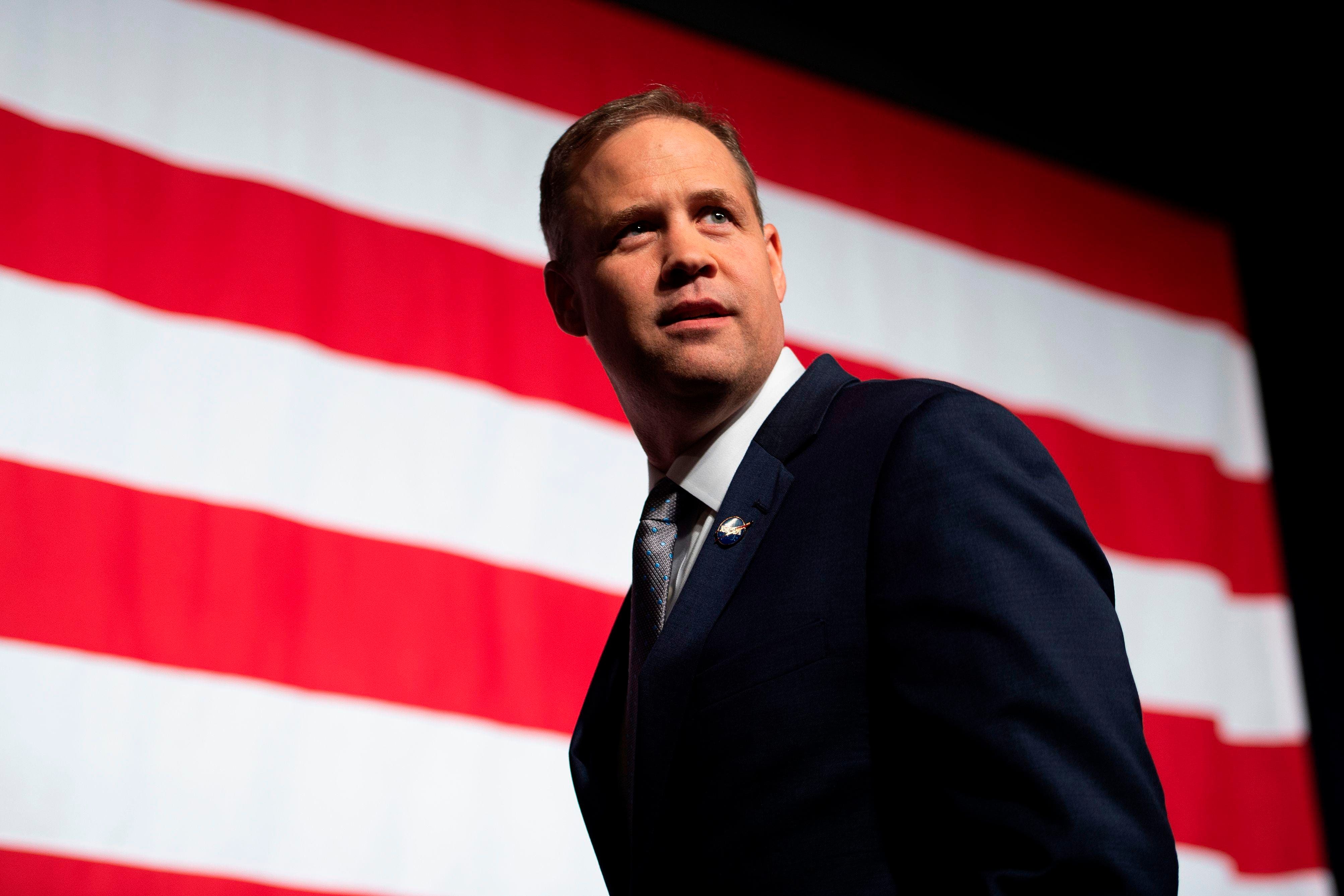 When James Frederick Bridenstine was announced as Trump’s nominee for NASA Administrator in September 2017, there was an uproar.

Bridenstine’s apparent lack of qualifications for the post, coupled with his falsely-held views on climate change, made him seem an odd and controversial choice for an agency focused on science.

“The head of NASA ought to be a space professional, not a politician,” Democratic Senator Bill Nelson said in a statement at the time, while Republican Senator Marco Rubio told Politico: “I just think it could be devastating for the space program.”

Despite the concerns, in January 2018 Bridenstine was confirmed as NASA Administrator by a narrow vote of 50-49 in the Senate – a year since his predecessor Charlie Bolden had stepped down, and the longest NASA had gone without a full Administrator between two administrations in its history.

What followed has been a highly successful stint as NASA Administrator. He has support across the political spectrum, having steered NASA on a bold new course, and is a popular figure with space fans both in the U.S. and around the world.

Now many are wondering, in the event of a Biden victory over Trump in the upcoming Presidential Election, should Bridenstine continue as NASA Administrator – a rare olive branch across the political divide?

Immediately after becoming Administrator in January 2018, Bridenstine sought to soothe some of the concerns about his tenure.

First, in May 2018, he changed course on climate change. “I don’t deny the consensus,” he told a NASA Town Hall meeting. “I believe fully in climate change and that we human beings are contributing to it in a major way.”

Then, he set about giving NASA a firm overriding goal to aim for – a mission to the Moon, ultimately leading to missions to Mars. The goal remains, for now, to land both a man and woman on the Moon by 2024, not too subtly the end of a presumptive second Trump turn, and Bridenstine gave it a name: Artemis.

“I think it is very beautiful that 50 years after Apollo, the Artemis program will carry the next man and the first woman to the Moon,” Bridenstine said in May 2019. “I have a daughter who is 11 years old, and I want her to be able to see herself in the same role as the next women that go to the Moon.”

Elsewhere, Bridenstine set about turning to the commercial sector like no NASA Administrator before. In March 2019, in a hearing in front of the US Senate, he made a daring statement – NASA was considering commercial rockets to reach the Moon, not its much derided and delayed rocket, the Space Launch System (SLS).

“SLS is struggling to meet its schedule,” he said. “We should consider, as an agency, all options to accomplish that objective.”

Despite a few spats, his relationship with SpaceX CEO Elon Musk remains an important one, considering SpaceX’s vital role in transporting NASA astronauts to orbit. In May 2020, they made history with the first private launch of astronauts to orbit, the beginnings of a close commercial partnership.

He has also handed out contracts for lunar landers to commercial companies, developed a new code of exploration, and solicited the help of startups with NASA’s Artemis program, among other accomplishments.

For all the ills of Trump’s presidency, Bridenstine is a rare success story. He has proven a popular NASA Administrator for space fans across the political spectrumm which has led to growing calls for him to remain as Administrator, even if Biden were to win.

“Bridenstine now has strong support from both Republicans and Democrats,” Jeff Foust wrote for Space News earlier this year, noting his accomplishments had “led to a quiet push in the space industry to encourage the Biden campaign to retain Bridenstine.”

In an opinion piece by David Lindgren in The Hill yesterday, meanwhile, Lindgren further makes the case for Bridenstine to remain. “Despite our hyperpartisan politics, Bridenstine has proven himself reliably non-partisan advocating for NASA and America’s role in space within the international community,” he wrote.

“Bridenstine has proven himself and should continue to have the opportunity to prove himself irrespective of Election Day results.”

Whether that would happen, or whether Bridenstine would even want to remain as Administrator under a President Biden, remains to be seen. But there’s little doubt such a move would prove a popular one – and in preventing upheaval at NASA once again with a new administration, quite a useful move, too.

To Succeed In Business, Leave Bandwidth Open For Opportunity During This Time Of Crisis

Oregon’s Proposed Tax Hike On Beer, Wine And Cider Threatens To Kick An Industry While It’s Down