Breaking
How To Get Your Startup Business Off The...
How To Create A COVID Safe Construction Site
How to Make a Good First Impression at...
Chinese Real Estate Billionaire Scrambles To Raise Cash...
From A $100 Microphone To Millions Of Downloads:...
Life In 2020 AD: Is Remote Work Working?
Dividends, Growth And Value! I Reckon This FTSE...
Doug Flutie Maximum Football 2020 Trailer: Madden Alternative...
Anxiety Looms As Gold Prices Rise
Billionaire Twitter CEO Jack Dorsey Reveals Why Bitcoin...
Rebuilding The U.S. Innovation Economy Requires Openness, Not...
Sumo Logic IPO: A Trusted Partner For Digital...
The Best VoIP Phone Services (In-Depth Review)
Lifestyle Planning: What It Is, Why It Matters...
Storage Leads The Way For Mixed-Asset VPP Models
Snowflake CEO Frank Slootman Talks IPO Pop: Narrative...
Lovevery’s Founders Show Us How To Thrive, In...
Facebook Announces New Digital Suite For Small Businesses,...
To Deliver Better Customer Experience Brands Need To...
Home Technology The Only Four Ways Michonne Can Leave ‘The Walking Dead’ In Season 10
Technology 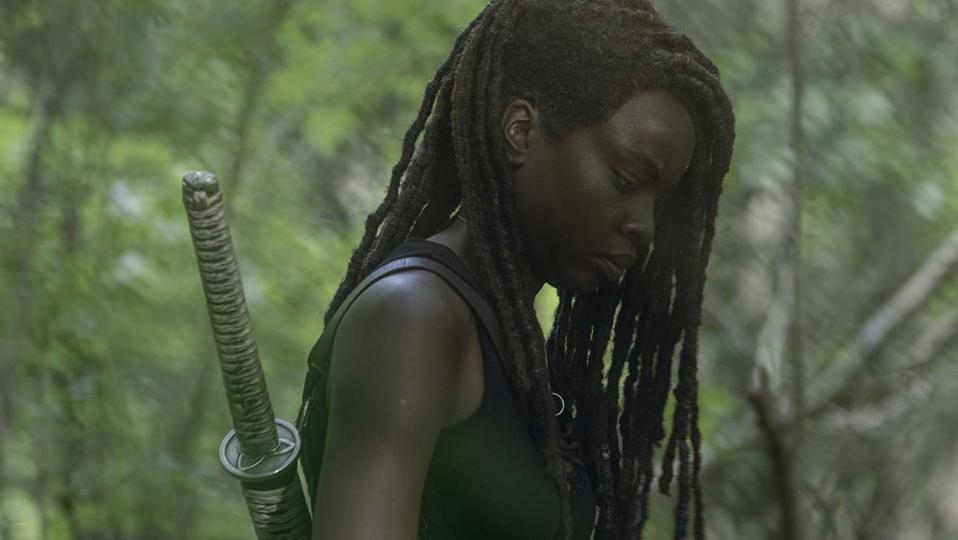 Tonight, after a truly epic episode last week on The Walking Dead, we are not really dealing with its after-effects, instead finally returning to Michonne’s separate storyline after she went off with Virgil in search of weapons to bring back and help win a war against the Whisperers (which may now already be won).

It’s no secret that Danai Gurira is leaving The Walking Dead this season. Like Andrew Lincoln’s departure, AMC has been very up front about this, as Gurira is heading to HBO not to act, but to actually run a show starring Black Panther co-star Lupita Nyong’o. But how she’s going to leave? That’s another question entirely, and we don’t know whether or not that will happen tonight.

The way I see it, there are really only four options for Michonne to leave The Walking Dead in these last four episodes of the season here.

Michonne Dies Tonight On The Island

I find this to be the least likely option, given that I firmly believe that AMC is smart enough not to want to kill off Michonne and completely bar Michonne from ever possibly returning to the series, or perhaps more pressingly, co-starring in the Rick Grimes movies, which has been a frequent rumor. But the island is a total unknown and we have no idea what she’ll face there. Would Michonne sacrifice her own life to safe Virgil and his family in some perilous situation? Sure, she probably would. And yet this is more about considering what the show would actually do to honor her character, and I don’t think it’s isolating her and killing her off like this. 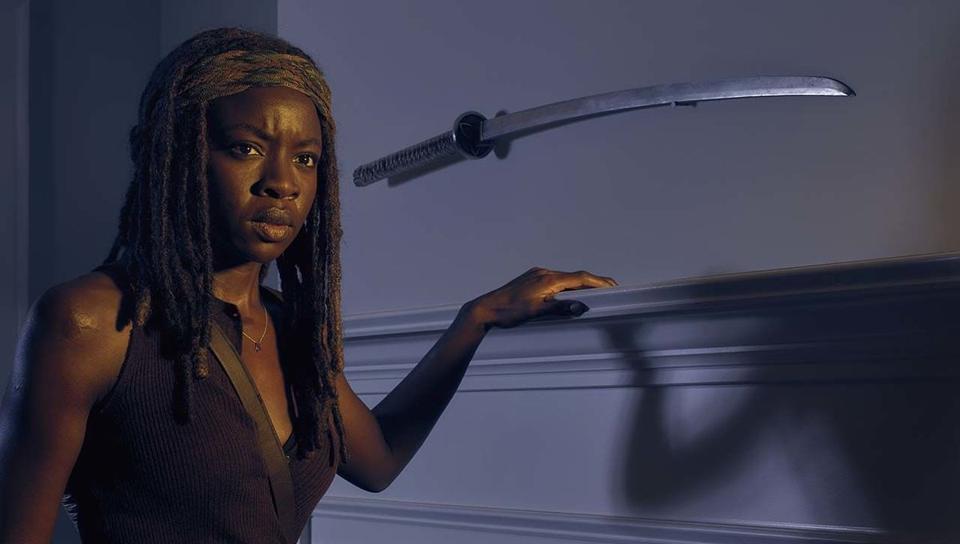 Michonne Returns To Help With The War And Dies A Hero

Instead of Michonne dying on the island tonight, we could see her get the weapons Virgil promised, and come back and use them to completely win the war against the Whisperers (it really isn’t over with Beta, the other Whisperers and the horde still out there, even if Alpha is dead). And we could see a death for her that Rick Grimes didn’t get, some sort of heroic sacrifice that allows her to nuke the horde (well, not literally. Actually, maybe literally, it is a naval base) but dying in the process. But again, AMC has been pretty transparent about not wanting to kill off some of its bigger stars, and I just can’t wrap my head around that they’d do this to Danai Gurira. Yet there is a theory that she could be given Andrea’s comic death, given that she has taken on that role and this is about the time when that happens.

Michonne Leaves Straight From The Island

The idea here is that tonight could be Michonne’s last episode if she’s say, capture by the helicopter people similar to how Rick was. I feel like this would kind of be like pulling the same trick twice, and it would create a lot of story problems, like the group would then have to come to the island to look for Michonne if she just disappeared. They got around this with Rick by making it look like he died, but I can’t see them doing that twice. 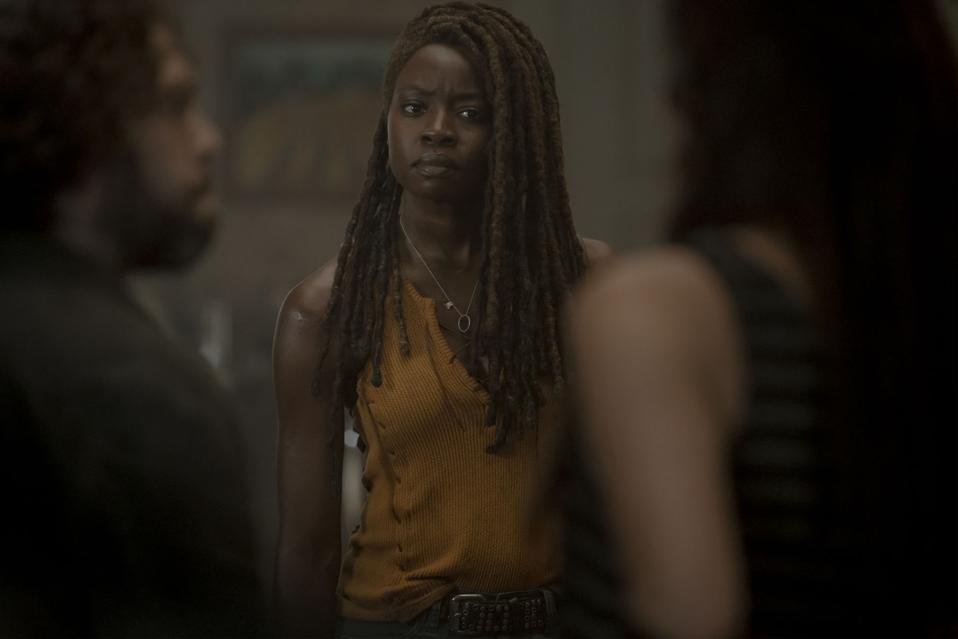 Michonne Returns, Wins the War, Then Leaves In Search of Rick

This makes the most sense to me, and is the theory I’ve held for some time. The idea is that Michonne finds some sort of evidence that Rick is alive on the island, returns home to help win the war, and then once that’s all settled, decides that she needs to set out in search of Rick, leaving Judith and possibly RJ in the care of her pseudo-family at Alexandria (so they can stay on the show). This works because it gives her a good reason to leave, but it also doesn’t exactly mirror the way Rick left the show. And of course it lets her be in the spin-off movies, or possibly return to the series in a few years when she has time.

I think it has to be one of those four options, though again, I absolutely don’t believe that AMC would actually kill her off, so for me, it’s really down to the last two. We’ll find out what happens later tonight, and I’ll have my thoughts live tomorrow morning.