Home Business The Original SUVs, Chevrolet Suburban And Tahoe, Get Bigger, Smarter And Smoother For 2021
Business

The Original SUVs, Chevrolet Suburban And Tahoe, Get Bigger, Smarter And Smoother For 2021 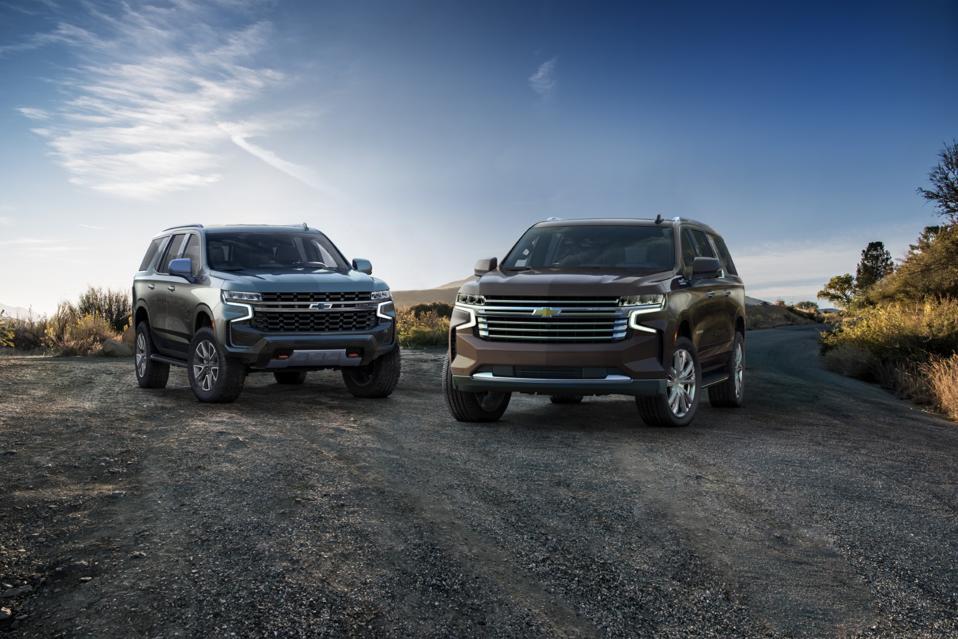 After 85 years of nearly continuous production (as with other vehicles, production was suspended during the second world war) the Chevy Suburban is the longest running nameplate in the industry. Along with its shorter sibling, the Tahoe, the Suburban has been the best selling full-size SUV in the industry pretty much forever. For the 2021 model year, GM’s big utilities have been thoroughly revamped in an effort to maintain their class lead over the competition from Ford, Nissan and Toyota.

The Chevys are the first of GM’s new full-size utilities to debut with the GMC Yukon coming and January and the Cadillac Escalade sometime in the next several months. The utilities follow the light duty and heavy duty pickup trucks that have launched over the past two years. 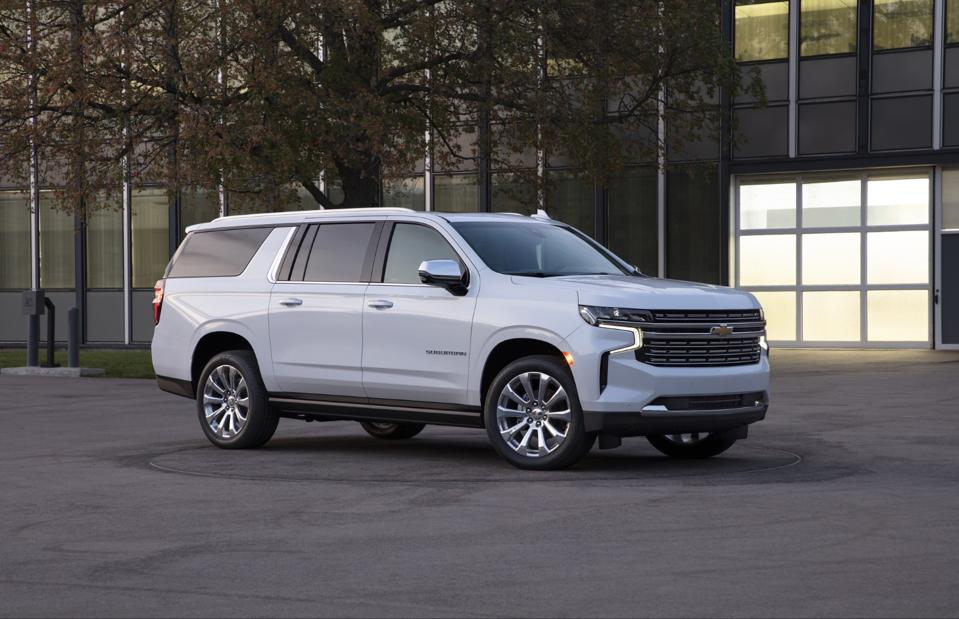 As in the past, the SUVs share a lot of components with the pickups, but this generation diverges more than prior iterations in order to remain competitive in the marketplace. While much of the front structure and the powertrains are common with the pickups, the back half is all-new. More than a decade after Ford adopted independent rear suspension on the Expedition and Navigator, GM’s big body-on-frame SUVs finally get the same features.

A solid rear axle as the Suburban has had for eight decades requires vertical space to move the entire assembly as the vehicle traverses bumps and potholes. That means the rear floor must be higher to provide the needed space. With IRS, the rear differential is bolted directly to the frame and never moves. Only the suspension links, half shafts and wheels move so the rear part of the floor can be several inches lower. 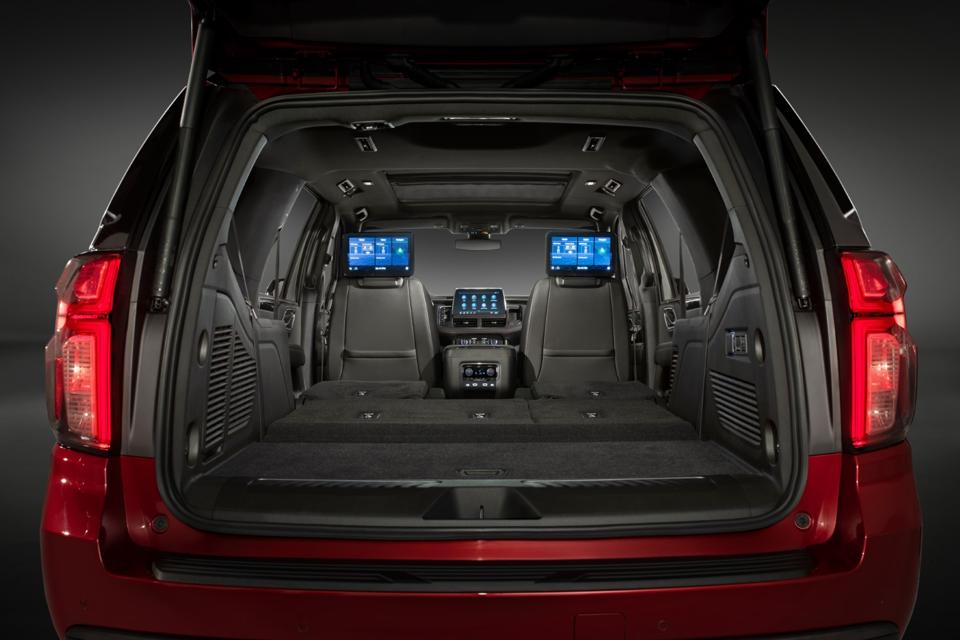 Anyone that has ever been relegated to the third row of a Tahoe or Suburban will be familiar with the knees up seating position required because the seat is mounted directly on that high floor. On a utility with an IRS, the lower floor allows the seat to mounted higher for a much more comfortable seating position. This should be a significant benefit for those back seat riders in the new generation. 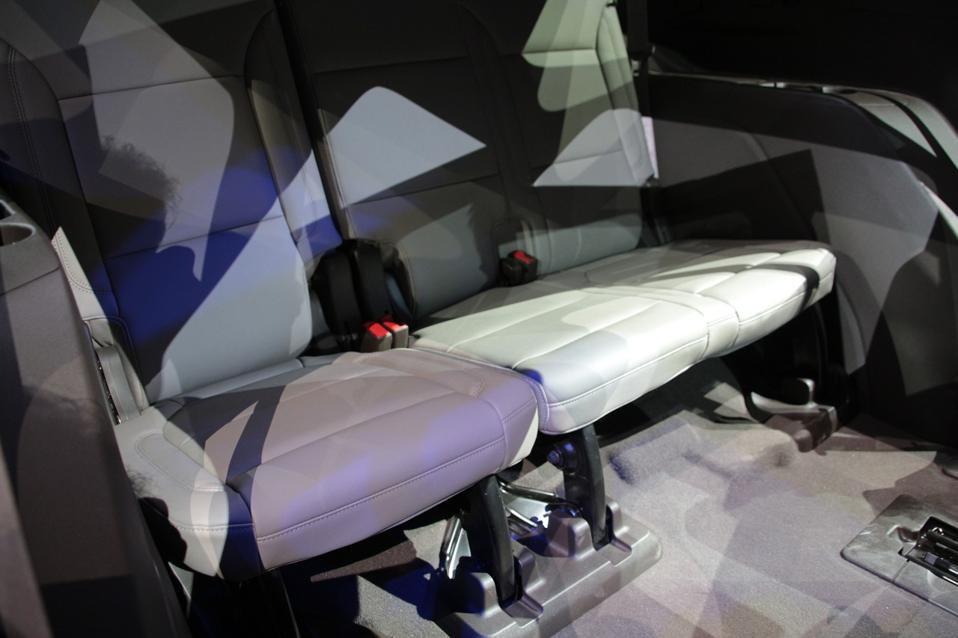 Further aiding comfort is the increased length and wheelbase of both variants. The Tahoe gets almost 5-inches more wheelbase to 120.9-inches while the Suburban grows by 4.1-inches making both longer than the corresponding Expedition models. The Tahoe gets almost 30% more cargo volume behind the third row and 10-inches of added leg room to go with the more adult suited seating position. 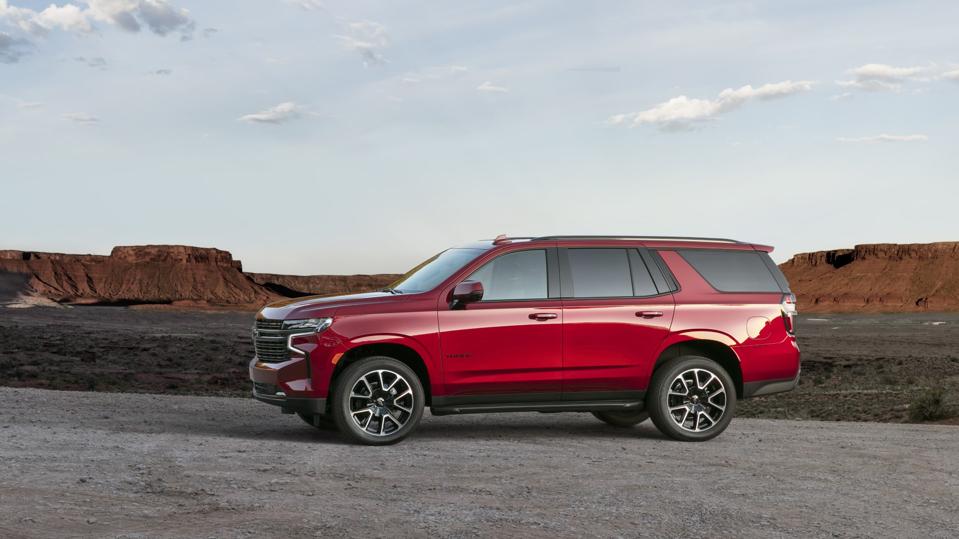 The changes to the suspension system also transform the ride comfort and handling of these beasts. The rear suspension is a four-link layout with three lateral links and one trailing link. The front is the same basic short-long arm suspension as the trucks. The base configuration has coil springs and passive dampers while the mid-grade setup swaps in fourth-generation MagneRide dampers for superior responsiveness. The top configuration swaps four corner air springs in place of the coils while retaining the MagneRide dampers.

We had the opportunity for a back to back ride-along in a Tahoe and Expedition on the ride loop at the GM proving ground. The top-end Expedition with its adaptive dampers had significantly more vertical and lateral body motion than the air spring Tahoe at the same speeds. Even at increased speeds and in its optional sport mode, the Tahoe still provided a smoother ride with far less head bobbing than the Ford.

One important thing the SUVs don’t share with the pickups is the electronic architecture. This is the first truck product from GM to get the new digital vehicle platform that was announced earlier this year. This architecture incorporates some consolidation of the computers and a new ethernet communications backbone that supports up to 4.5TB of data transfer per hour. 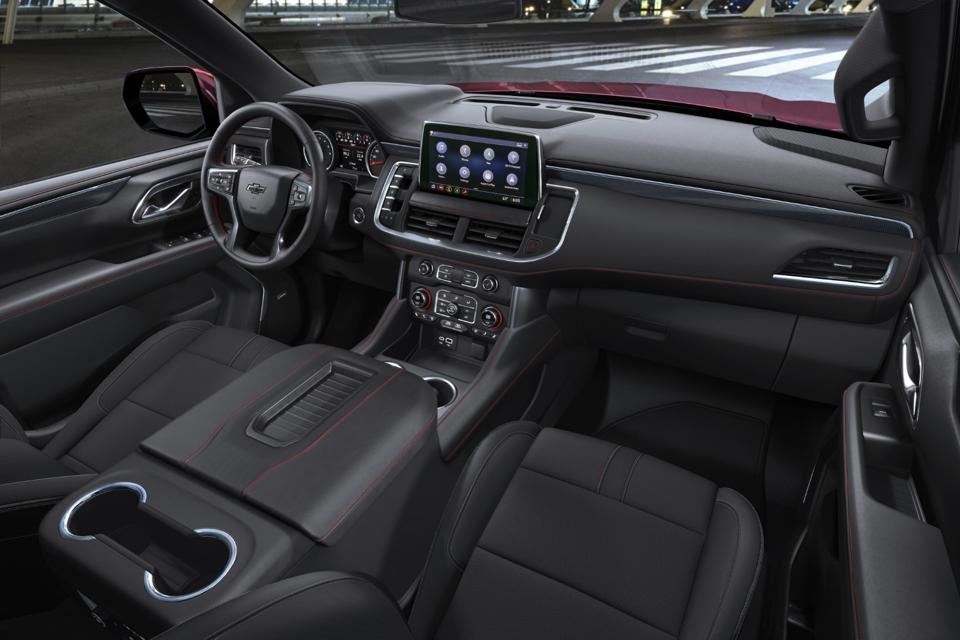 The electrical architecture was designed with security in mind and features gateways to separate various aspects of the system as well as intrusion detection and prevention systems such as digital signatures. Among other things, vehicles with this system will support over the air software updates for systems beyond the infotainment.

The addition of the digital vehicle platform to the SUVs despite not including it on the pickups is likely a combination of timing and Cadillac. The new electrical system was not available when the trucks were first introduced and the upcoming Escalade will almost certainly offer the Super Cruise partially automated driving system which will require this electrical system. But the new architecture will enable further electrification efforts including the possibility of a battery electric propulsion system. With the size of this SUV, it could likely accommodate a battery of at least 130-kWh between the frame rails.

But electrification is not part of the powertrain pallette for the SUVs just yet. When the Tahoe and Suburban go into production next summer they will be available with three engine choices from the pickups. The base setup is the 5.3-liter V8 with 355-hp, with the 420-hp 6.2-liter V8 being standard in the High Country trim. The recently launched 3.0-liter six-cylinder diesel with 277-hp and 460 lb-ft of torque is also on offer for those that want maximum fuel efficiency when towing.

Automatic emergency braking and park assist features will come standard on the utilities with other features like lane keeping assist and blindspot monitors being available. A 10-inch central touchscreen for the new infotainment system is standard equipment and a rear set entertainment system with dual 12.6-inch touchscreens is optional.

Six trims will be offered at launch ranging from the traditional LS and LT to the sporty RST, off-road Z71 and premium Premier and High Country variants. The new Tahoe and Suburban will be built at the recently expanded Arlington, TX assembly plant starting in mid-2020.

Electronic Health Records: Here Is How Much Time...

Red Sox May Have Market For David Price...