The Podcast Academy Wants To Be The Academy Awards Of Podcasting 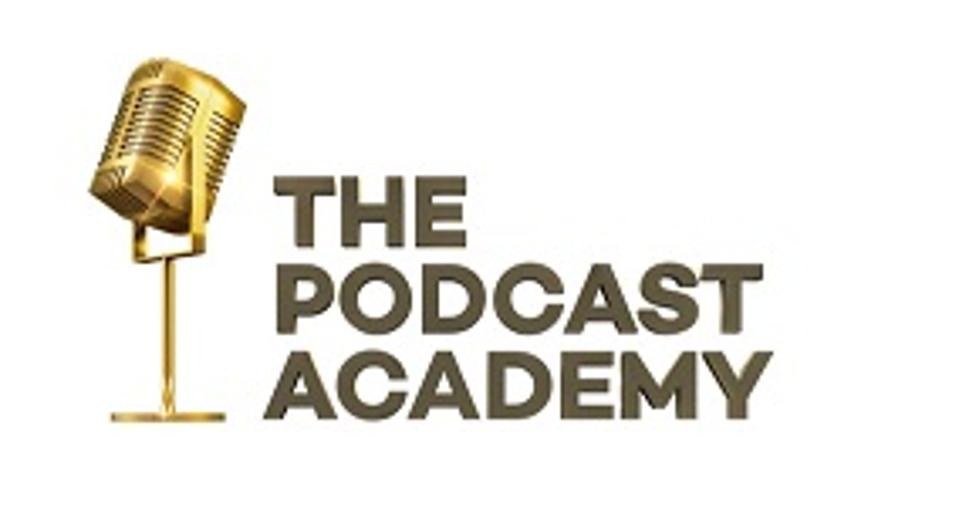 “Every form of art at some point was not taken seriously,” Hernan Lopez said Friday at Podcast Movement’s Evolution right before he announced the formation of the Podcast Academy, a member-based organization to celebrate excellence in podcasting by providing training and networking and yearly awards called the “Golden Mics”.

Podcasts are certainly having a moment as indicated by the amount of attention and money paid to them and it’s a sign of progress for a burgeoning industry to have their own non-partisan, non-profit organization.

Also, it’s becoming increasingly clear that it’s difficult for a podcast to break through the noise without being affiliated with one of the major publishers and that’s why it’s exciting for organizations like the new Podcast Academy and the newly formed Podcast Magazine to champion independent podcasts.

I want independent voices to thrive, to be able to create their own podcast, get a massive audience, and decide for themselves whether they want to sell their ads directly, partner with a company like ours, make their show exclusive to a paywall, get donations through Patreon, be part of a bundle like Wondery+, or any combination.

Hernan also announced the formation of a board of governors. Here’s the list

Following the big announcement James Cridland of Podnews held a 20 minute Q and A with Hernan, Kerri Hoffman, Alia Tavakolian, and Christy Mirabal.

They were mostly softball questions that allowed the panelists to express their excitement for this new endeavor. Mirabal said, “It feels like a legitimization of our art and business that we’ve been waiting for.” And they said the right things about diversity, “we want everyone to have a voice,” Mirabal said.

But James Cridland could not let the panel go without addressing the heart-shaped elephant in the room, “How open is the judging process going to be?” he asked in an obvious dig at the iHeartRadio Awards since he previously outed himself as one of the judges.

Fortunately, his question was answered by the other man on stage long known for his subdued, factual manner of public speaking. “All members will be voting on the general award and …one for their particular field (for instance podcast host),” Hernan Lopez responded.

But Cridland was altogether not nonplussed and followed up with a more direct line of questioning, “Does this replace the iHeart Awards?” Hernan and the other panelists were quick to assure him that it doesn’t, and that more awards mean more recognition for the entire industry.

As the show ended the responses came and not everyone was quite so enthusiastic about the Podcast Academy. Conal Byrne, president of the iHeartPodcast Network released a statement about how iHeart was asked to join but, “the iHeartRadio Podcast Awards was built as an industry show with industry participation and has already had two successful seasons, so we want to make sure this is something additive.”

Well Mr Byrne, I can tell you that you can’t make sure of anything new before you actually do it and a larger audience for podcasting means more money for iHeart. The other major players in the podcast world that were not present include the New York Times Co., Luminary, Entercom Communications and Westwood One, and although it’s likely that they were invited as well we have no way of knowing since they didn’t release any statements about it and their Twitter feeds didn’t mention it.

As is often in the case about major moves in podcasting by large companies, many independent podcasters were skeptical.

Here’s a joke Emily Van DerWerff, creator of Arden, made on Twitter about it”

“Me, right now: Wow this will probably be excessively corporatist and biased toward nonfiction. Not a bad idea, but I can’t see a good implementation.

Me, when nominated for a Golden Mic: This is truly the most prestigious award in all of podcasting. Thank you to the Academy!!”

Others were cautiously optimistic, with Podcast Pontifications highlighting the benefits of the announcement and Nick Quah providing his usual steadying influence and some very insightful commentary on the traditional gatekeepers of the industry versus everyone trying to get in.

Ultimately, We’re all going to have to wait and see, but I plan on giving them my 100 bucks to be a member in the journalist category in Spring 2020

Market Has Nearly Full Confidence In China Beating Back The Coronavirus

Let’s Worry About Diagnostic Capacity, Not Just During Outbreaks

Avoid Becoming One of These Financial Archetypes

Tech Entrepreneur Is Making The World Safe For...

A Start-Up Is Offering Free Delivery To The...