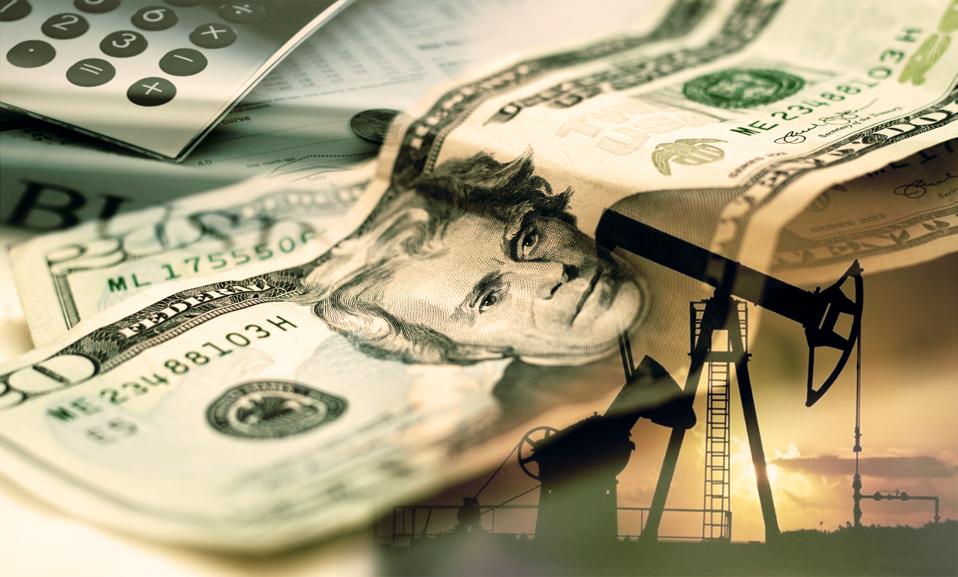 Demand for oil is so weak that producers and consumers are now looking at the lowest prices in years — in many, many years. With no one driving to work and major industries shut down, who needs the stuff? It is true, apparently, that Russia and Saudi Arabia were manipulating prices downward, but that was last week’s story.

At some point, buyers will begin to step up again and prices will begin to bottom out. When that will be is anybody’s guess. It’s not just that oil prices have dropped so far and so quickly, it’s also the effect on the stocks in the petroleum sector — new lows there to.

The crude oil price chart looks like this, taken on a daily close basis: 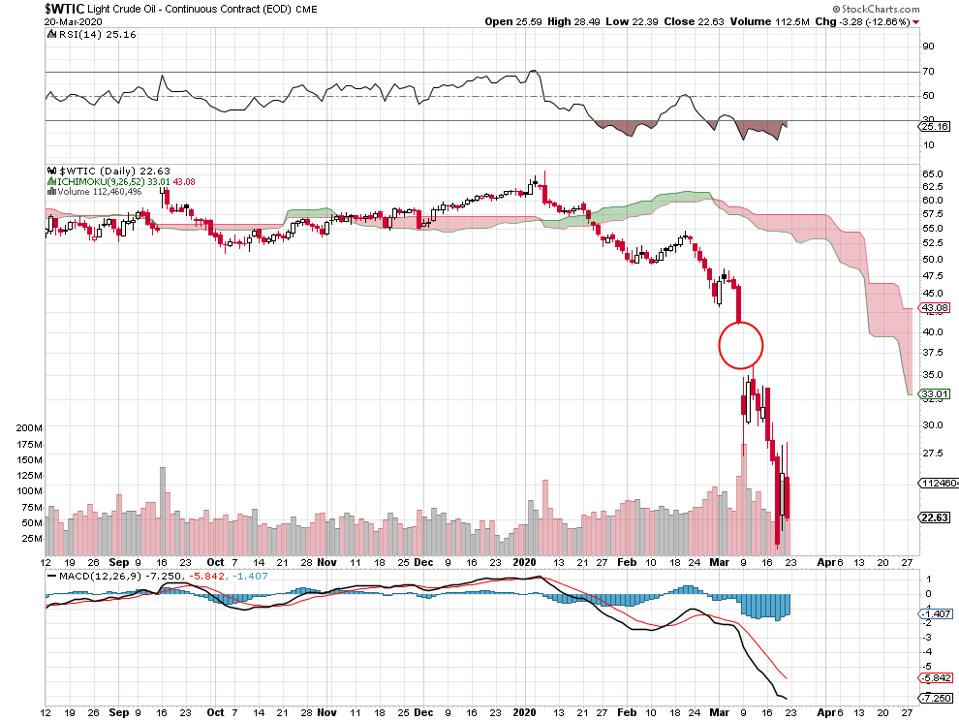 I’ve circled that early March gap down which took place from the Friday close to the Monday open after the Saudi Arabia and Russia price wars began. Note that it seemed to stabilize for the next few days and then continued plunging as American markets woke up to the virus threat. 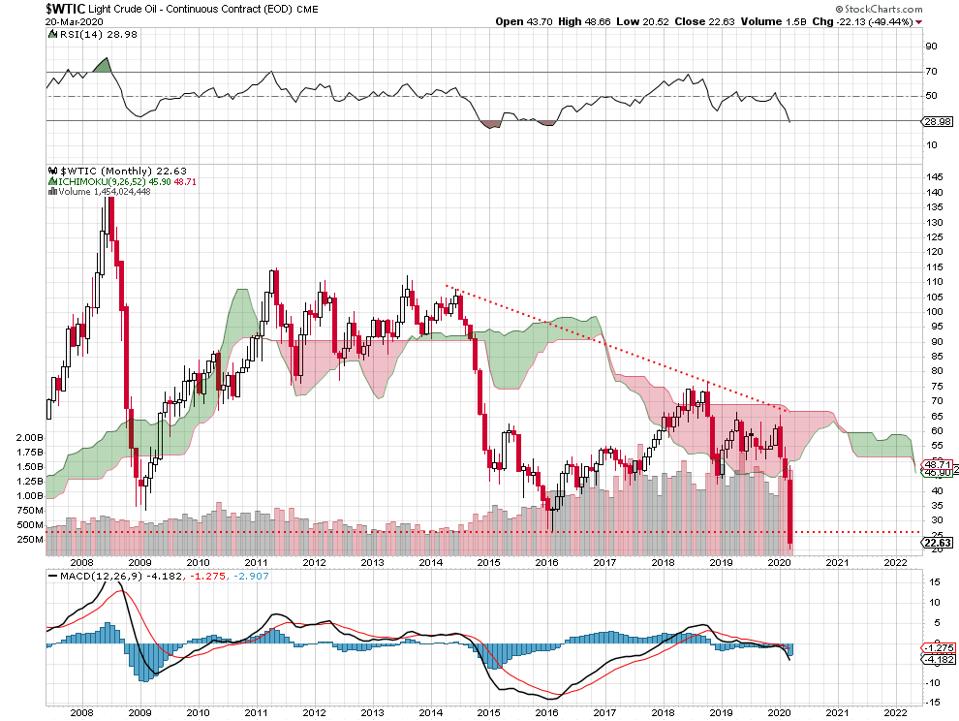 This much longer-term picture shows clearly how the price of oil has plummeted to a lower level than early 2016 and the 2008/2009 era. Notice how it’s been basically down trending since 2014. Is it possible that renewables — and a general distaste for fossil fuels — has had an effect? 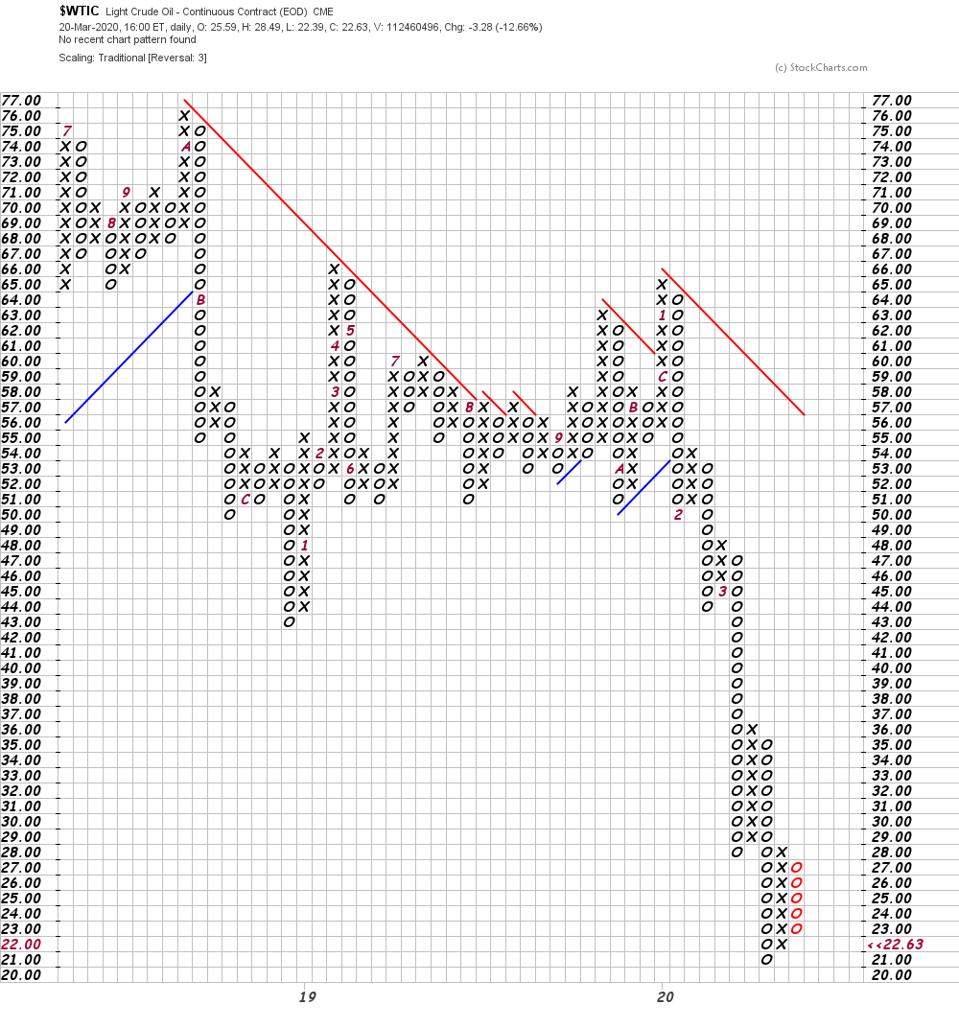 Just to make sure you are aware of the extent of the slide, that’s the cost of a barrel of crude dropping from 76 dollars in 2018 to just 21 dollars in 2020. Commodity prices are well-known for volatility but I don’t think I’ve ever seen the oil market move quite like this. 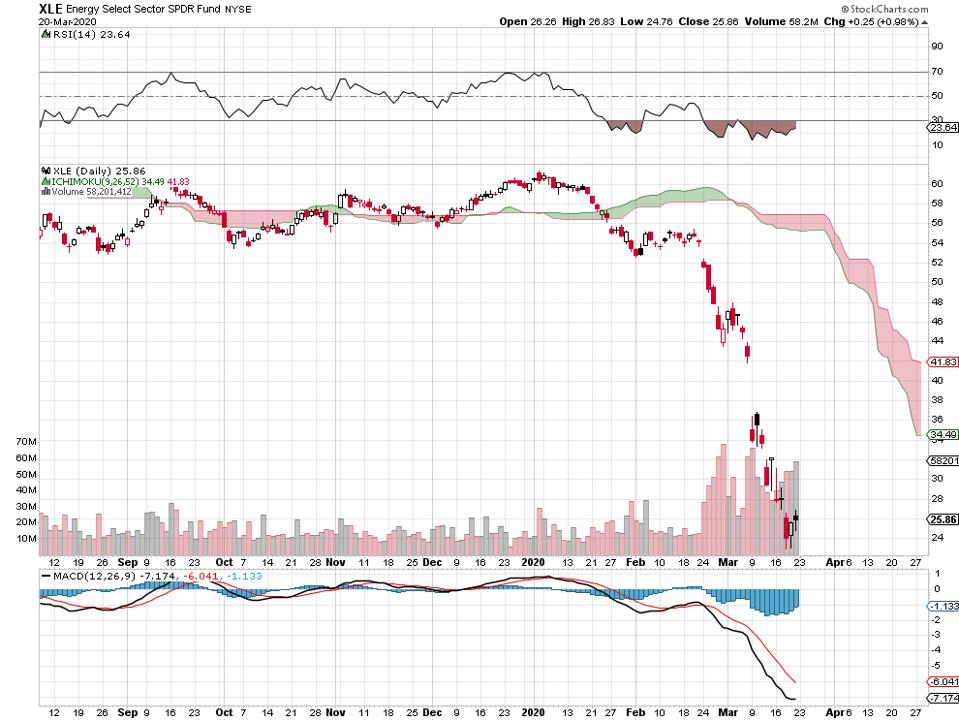 This is the major ETF that contains the major oil stocks including Exxon Mobil, Chevron and Conoco. The price chart has the same kind of look as that of the underlying commodity. As global oil becomes cheaper and cheaper, the price at the pump gets lower and lower — might be a few weeks lag time but it’s inevitable.

The Energy Select SPDR monthly chart has this look: 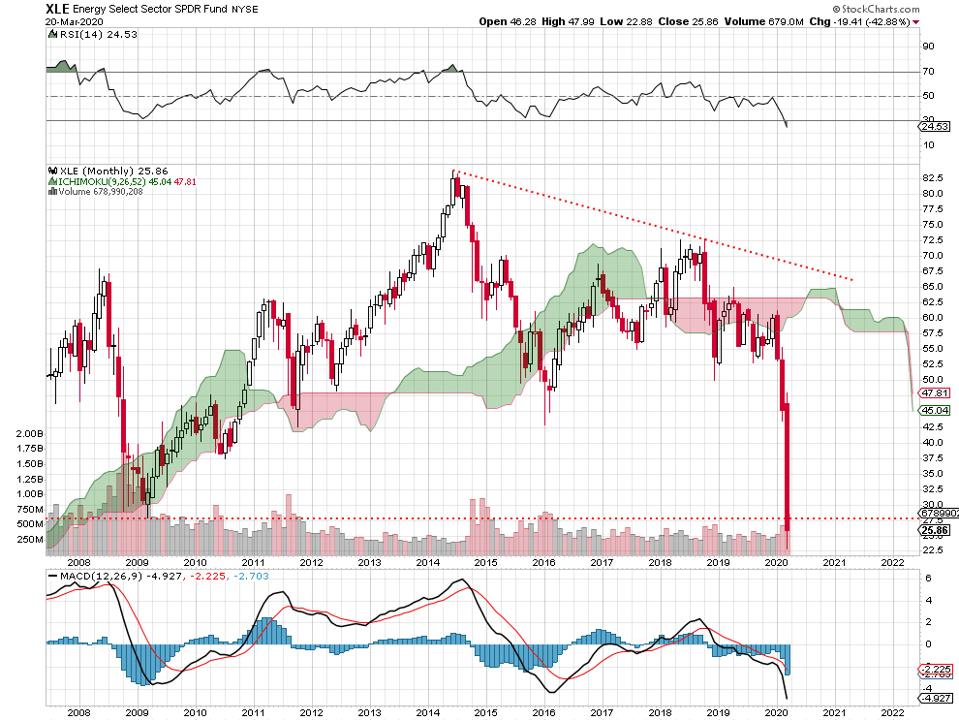 Similar to the oil price chart, this exchange traded fund with the big oil company stocks in it has fallen below the 2008/2009 lows. You can see how the oil stocks generally have been in decline since 2014. This red bar indicating selling in the current month is the biggest bar on the chart and March is not even over yet.

In the past much lower oil prices like this and much lower interest rates have been ingredients for powerful bull markets — but, first, a bottom for both must be found. It’s not at all clear we’re there yet.

Do You Qualify For Paid Sick Leave Due To Coronavirus?

Helping Out During The Coronavirus Crisis: Where, What & How To Donate