Breaking
How To Get Your Startup Business Off The...
How To Create A COVID Safe Construction Site
How to Make a Good First Impression at...
3 Lucrative Hidden Benefits Of Podcasting
Your Stargazing Guide To Fall: One ‘Halloween Blue...
Mnuchin: White House Still Supports Direct Payments For...
How To Retain Your First Startup Product Users
China Shipments To The U.S. Are 7 Times...
Reviewing ‘The iPhone Of Air Conditioners’
The 8 Best CRO Companies of 2020
AARP BrandVoice: The Doctor Will See You Now,...
ThoughtSpot’s New Cloud-Based Tool Aims At Boosting Growth...
10 Ways Service-Based Businesses Can Generate Positive Word-Of-Mouth...
A Customer-Centric Culture Starts By Embracing This One...
Report: Struggling Black-Owned Businesses Need More Government Grants
Microsoft Races Ahead On RPA (Robotic Process Automation)
Why The Fed’s Outlook Paints A Sobering Picture...
As The End Of 2020 Approaches, The Cybersecurity...
Do Businesses Have A Role In Solving Poverty...
Home Technology The Quest To Make Space Telescopes Smaller
Technology 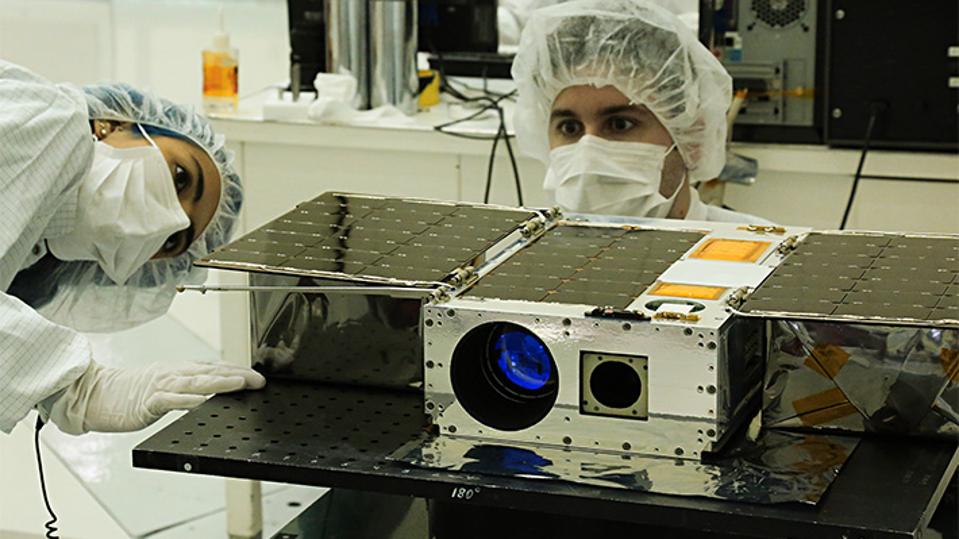 When astronomers first launched telescopes into space for a better view of the cosmos, they started relatively small; the idea was to make sure the technology worked before investing time and money in the much bigger space telescopes astronomers like Nancy Grace Roman and Lyman Spitzer were already dreaming of. For decades, the goal was to build bigger, more complex, more powerful space telescopes. But alongside massive projects like the James Webb Space Telescope, some scientists have spent the last few years working on ways to make space telescopes much, much smaller – and they’re succeeding. Astronomers and engineers at NASA’s Jet Propulsion Laboratory recently proved that a cubesat about the size of a suitcase, equipped with just a 6 cm (2.4 inch) telescope, can detect a planet orbiting a distant star.

We’ve known about the distant and deeply weird exoplanet 55 Cancri e since 2004, so this wasn’t a new discovery. The team behind ASTERIA (Arcsecond Space Telescope Enabling Research in Astrophysics) just used the well-known exoplanet to test their tiny space telescope and its technology. They wanted to prove that a cubesat could actually spot the moment when a planet 40 light years away passed in front of its star, subtly dimming star’s light by just 0.04%.

In particular, the ASTERIA team wanted to prove that their [size] satellite could aim at a distant, tiny point of light in the sky and hold itself steady enough to measure the tiny changes in light that happen when an exoplanet like 55 Cancri e passes in front of a star. That kind of fine pointing control is vital, because a shift or wobble at the wrong moment could mess up the telescope’s data, making astronomers think they were seeing a dimming star when it was really just a fidgety spacecraft. And it’s been the key challenge for engineers since the very first space telescopes.

When NASA started working on the satellites that would become the first space telescopes, called the Orbiting Astronomical Observatories, no one had ever built a space telescope before, and the hardest part was keeping the telescope pointed at the right spot in the sky. That required controlling the spacecraft’s orientation in three dimensions, which was no easy feat.

“Other than a crude search to find out if there is something there, I don’t think it was possible to do much in non-Solar astronomy until you had three-axis pointing controls,” wrote Nancy Grace Roman, NASA’s Chief of Astronomy during the OAO program, shortly before her death in 2018. “This is not difficult on the ground with the Earth as a stable reference platform but is not easy to achieve in orbit.”

To pull it off, a spacecraft needs to be able to control itself very precisely, making tiny adjustments to point itself at a target and then keep itself stable – in three dimensions and in microgravity. And it has to be able to recognize groups of stars and use them as landmarks to make sure it’s pointed correctly.

As Roman explained in 2018: “As the satellite rotated after launch, the satellite spotted the Sun, and the spin was reduced to only rotating around this direction. Next, the satellite detected one or more bright stars that told it its orientation. The spin was stopped and, on the basis of the known orientation, the satellite moved from the Sun to the direction of the first star to be observed. The observed star field was then matched to the expected field to locate the target, and a fine tracker kept the pointing steady in the proper direction as long as the Earth did not get in the way.”

It seemed safest to start small, so that’s what Roman and her teams at NASA did: the OAO satellites were about 2.1 meters (7 feet) wide and 3 meters (10 feet) long, weighing about 2,000 kg (4,000 pounds), and they carried telescopes with 30.5 cm (12 inch) wide primary mirrors – not huge compared to the mirrors of the largest earthbound observatories, but the ability to see out into space without Earth’s atmosphere getting in the way made up for their small size. And by the time OAO-2 launched in 1968, astronomers were already making plans for much, much larger space telescopes, now that the pointing problem had been solved.

The rest is history: Hubble launched in 1990 with a 2.4 meter (nearly 8 foot) wide primary mirror aboard a satellite 13.3 meters (43.5 feet) long. When it finally launches, the much-delayed James Webb Space Telescope will have a 6.5 meter (21.3 foot) wide primary mirror and will be 20.2 meters (66.3 feet) long and 14.2 meters (49.5 feet) wide. Larger, more powerful space telescopes have helped us discover distant planets and will soon help us get a direct look at their atmospheres.

In 2011, the Canadian Space Agency launched MOST, the Microvariability and Oscillations of Stars Telescope, which carried a 15 cm (5.9 inch) telescope and was, overall, only about 6 times larger than ASTERIA. MOST also detected a transit by 55 Cancri e across the face of its parent star, and in the process it set the record for the smallest satellite ever to detect a transiting exoplanet – until ASTERIA.

Designing and building the 10 cm by 20 cm by 30 cm (3.9 inch by 7.8 inch by 11.8 inch) ASTERIA required engineers to develop new technologies for instruments and hardware, which may end upon the next generation of cubesats. Instead of just proving the technology works, those future cubesats may act as tiny helpers to shift some of the workload from big observatories like James Webb, TESS (Transiting Exoplanet Survey Satellite), and Hubble.

Cubesats can’t do the kind of powerful observations the big space telescopes can do – they just can’t gather enough light to look that far out into space and see that much detail. But ASTERIA proved that they can focus on a single point and watch, with almost endless patience. That’s something larger space telescopes technically can do, but it’s usually not a luxury they have. Many astronomers need access to these big observatories for their research, so even though they can observe 24/7, their time is a very, very hot commodity. But a constellation of tiny cubesats – like the ones astronomer Sara Seager is working on, each of which will be twice the size of ASTERIA – could point at a particular star and watch for tiny dips in light that might mark the passage of an exoplanet. The larger telescope could follow up on anything that seems to be worth its time.