Breaking
Renewables And Energy Storage Are Surging In Red...
Bitcoin’s Richest Are Selling, So Why Is The...
Apple’s iPhone 12 Will Cause Serious Problems For...
Rock Royalties – How A European Startup Is...
4 Differences Between Creative and Marketing Agencies
A Meeting Is A Gathering: The Most Common...
IRS Tax Extension To Jan. 15 For California...
Senate GOP Pushes Through Democratic Filibuster To Advance...
How These Successful Entrepreneurs Learned To Adapt And...
Six Ways Tax Rates Go Up For Retirees
How ‘Mario Kart Live: Home Circuit’ Straddles The...
6 Tools To Bring Your Virtual Conferences To...
COVID-19 And The Future Of Aging: Prospects For...
Harman’s New Citation MutiBeam 700 Is A Feature-Packed...
A Startup Raises $11 Million Using Zoom, A...
Is Your Business Stagnant? It Might Be Time...
Home Business The Real Problem With Legacy Admissions
Business 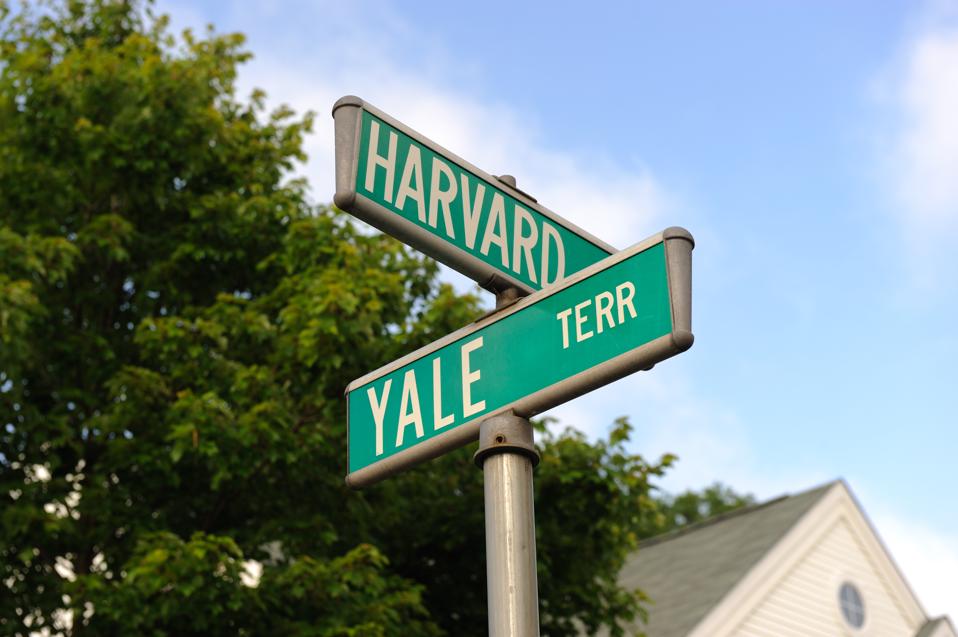 Road signs for Harvard and Yale.

According to a Wall Street Journal report, 56% of the nation’s top 250 institutions consider legacy in the admissions process, down from 63% in 2004. At Harvard, whose admissions deliberations are unusually transparent thanks to the legal saga, children of alumni are six times more likely to receive an acceptance letter than ordinary applicants. Although some top schools such as Johns Hopkins University have scrapped legacy preferences in the name of fairness, the practice remains common.

The importance of highly selective colleges to America’s higher-education system is often overstated. But earning admission to a top school still confers a leg up in life. Graduates of schools that admit less than a quarter of applicants enjoy a substantial earnings premium, particularly if they major in economics, business, computer science, engineering, or mathematics. Ivy-League graduates are overrepresented in the commanding heights of politics and business.

The core of the issue, though, is not whether the allocation of admissions slots considers an applicant’s legacy status are not. What makes legacy preferences such a big issue is rationing. Top schools admit few students, so the stakes of admission are high.

If top universities admitted more students, the fights over admissions practices such as legacy preferences or affirmative action would have much lower stakes. Well-qualified students would stand a much better chance of getting admitted regardless of their membership in preferred groups. There’s no shortage of applicants with the ability to succeed at elite schools: top universities gleefully report how they turn away many a student with a 4.0 GPA, a perfect SAT score, or valedictorian status.

But perhaps the value of a degree from a top university stems from those schools’ exclusivity, rather than anything their professors are doing differently in the classroom. Keeping admissions rates low and student bodies small means that fewer graduates have access to their universities’ brand names or alumni networks. If branding and networking, rather than learned skills, are what give elite college degrees their earnings power, then the schools have little incentive to expand enrollment and undermine their own exclusivity.

There’s plenty of evidence that much of the labor-market value of a college credential stems from “status” factors such as these, rather than skills students learn in the classroom. If that’s true for elite schools as well, they probably won’t expand their undergraduate enrollments anytime soon. Expect the fights over selective colleges’ admissions policies to continue.