Breaking
How To Get Your Startup Business Off The...
How To Create A COVID Safe Construction Site
How to Make a Good First Impression at...
Volkswagen’s Truck Unit Ties Up With TuSimple On...
3 Lucrative Hidden Benefits Of Podcasting
U.S. Tax Court Affirms Most Penalties In Patel...
Your Stargazing Guide To Fall: One ‘Halloween Blue...
Mnuchin: White House Still Supports Direct Payments For...
How To Retain Your First Startup Product Users
China Shipments To The U.S. Are 7 Times...
Reviewing ‘The iPhone Of Air Conditioners’
The 8 Best CRO Companies of 2020
AARP BrandVoice: The Doctor Will See You Now,...
ThoughtSpot’s New Cloud-Based Tool Aims At Boosting Growth...
10 Ways Service-Based Businesses Can Generate Positive Word-Of-Mouth...
A Customer-Centric Culture Starts By Embracing This One...
Report: Struggling Black-Owned Businesses Need More Government Grants
Microsoft Races Ahead On RPA (Robotic Process Automation)
Why The Fed’s Outlook Paints A Sobering Picture...
Home Finance The Real Reason Behind Bitcoin And Crypto’s $50 Billion Crash?
Finance

Bitcoin and cryptocurrency prices have fallen sharply over the last few days, with around $50 billion suddenly wiped from crypto markets.

The bitcoin price, which had been trading around $10,000 per bitcoin, lost 15% of its value, dropping to lows of $7,500—and sending many other major cryptocurrencies, including ethereum, Ripple’s XRP, bitcoin cash, and litecoin, even lower.

Bitcoin’s sudden sell-off was put down to global market turmoil sparked by oil cartel Opec’s failure to agree to a supply cut, sending to the oil price to historic lows, but some think bitcoin’s move lower could have its origins elsewhere. 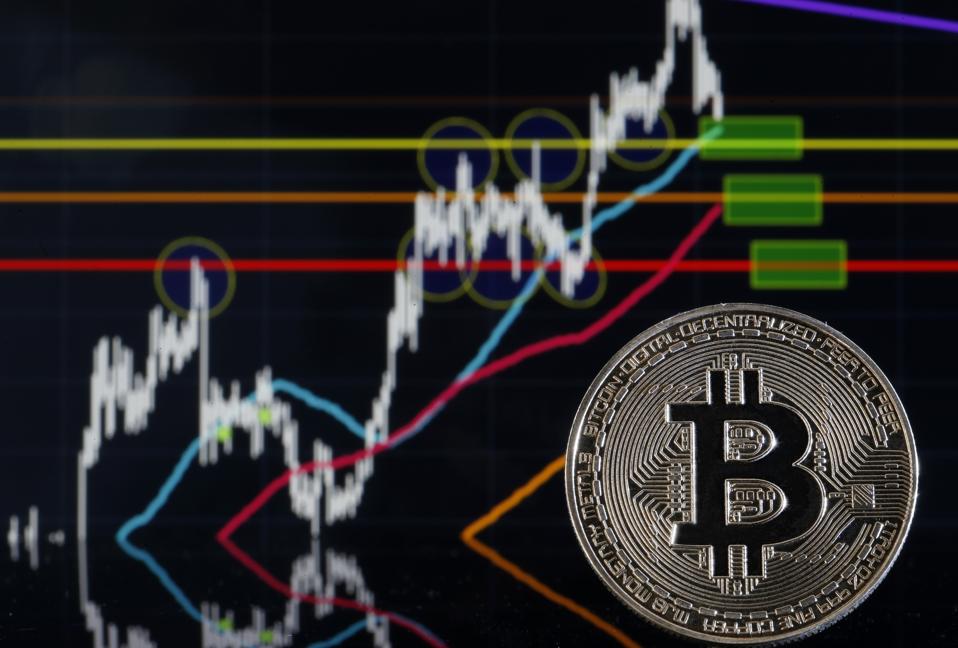 The bitcoin price had climbed through the first few months of 2020 but the recent falls erased … [+] almost all it year-to-date gains.

“The sudden drop in prices seems to arise out of the selling of [bitcoin] by PlusToken,” the chief executive of India-based cryptocurrency exchange CoinSwitch.co, Ashish Singhal, told bitcoin and crypto industry news site CoinDesk.

PlusToken, a Ponzi scheme that swept China and Korea over the last few years, saw around $2 billion worth of bitcoin and other cryptocurrencies stolen from investors.

Last Saturday, ahead of the traditional market rout caused by Opec, PlusToken scammers moved a little over $100 million worth of bitcoin to so-called mixers, designed to disguise the origin and destination of the coins.

The fraudsters may have then sold off the bitcoins, causing prices to fall as supply flooded the market, according to Singhal.

The bitcoin price fell by almost $1,000 per bitcoin on Saturday, before stock markets and other assets crashed.

“They also did something similar after bitcoin crossed above $10,000 this year. They are slamming the market with sell orders. Essentially we have a giant whale unloading after every move up.”

Bitcoin has been battling against falling trading volumes and stalled adoption in recent months (though that’s not stopped some from betting big on the number one cryptocurrency).

When trading volumes are low the market is more susceptible to manipulation by big traders. 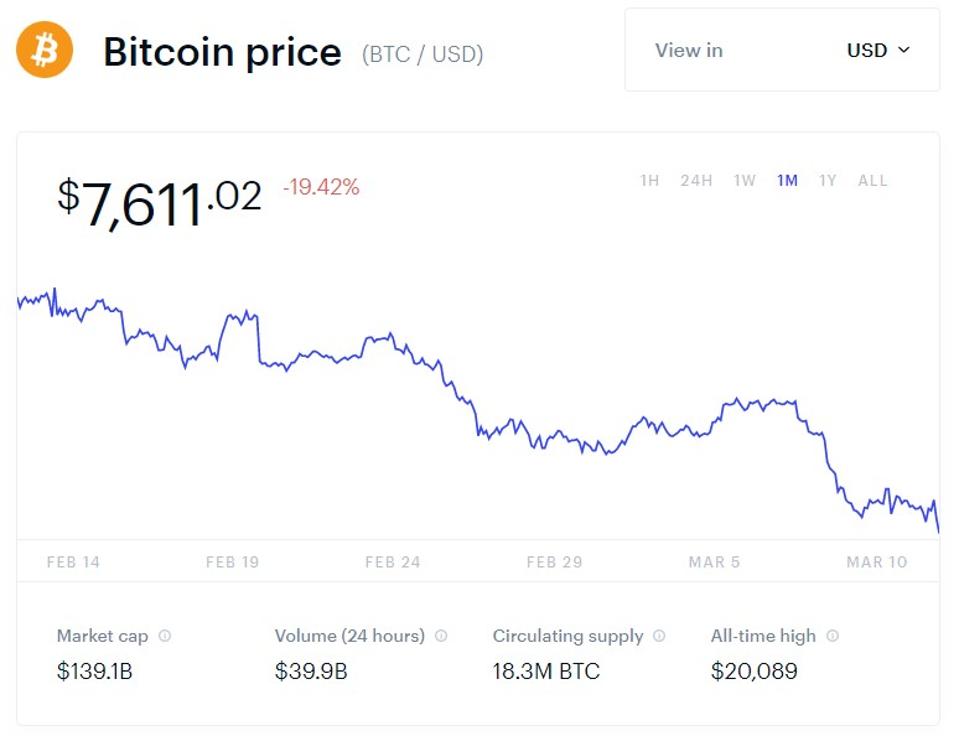 The bitcoin price has lost around 20% over the last month, all but destroying the narrative that … [+] bitcoin had begun performing as a so-called safe-haven asset.

Many have taken the latest fall in the bitcoin price as proof it is failing to act as a so-called safe-haven—an idea that had gained popularity in recent months as bitcoin rose in the face of escalating U.S. and Iran tensions and then apparently gaining on fears the coronavirus could knock global trade.

Traditional safe-haven assets, such as gold and the Japanese yen, usually move higher in times of greater risk and uncertainty.

“Bitcoin is down 8% in the last day, much more than global equities,” Nobel prize-winning economist and outspoken bitcoin critic, Nouriel Roubini, said last night via Twitter.

“Another proof that bitcoin is not a good hedge versus risky assets in risk-off episodes. It actually falls more than risky assets during risk-off.”