Home Finance The Real Story Behind The PNC-Venmo Clash
Finance

The Real Story Behind The PNC-Venmo Clash 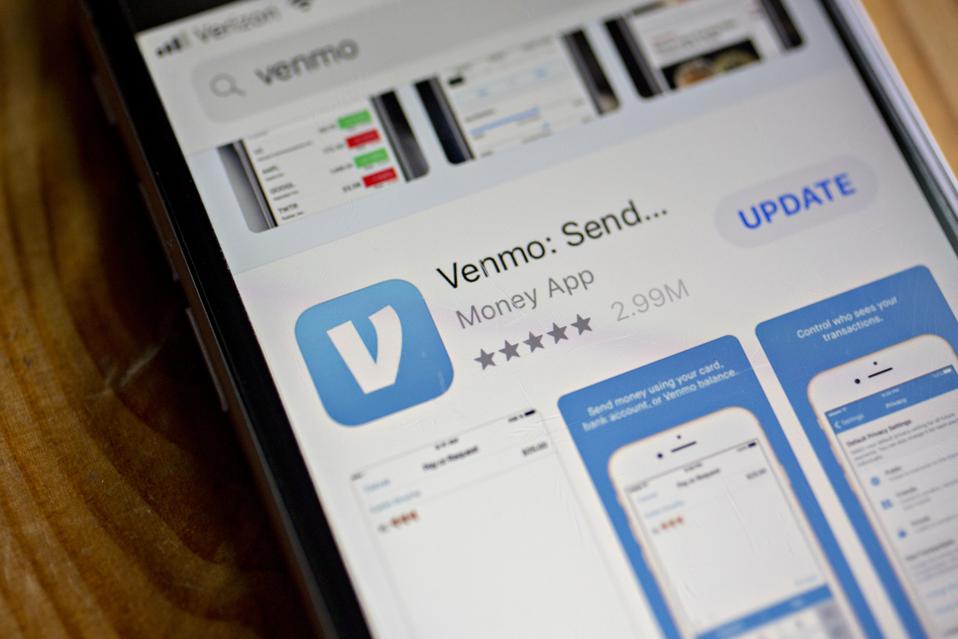 The Paypal Holdings Inc. Venmo application is displayed in the App Store on an Apple Inc. iPhone in … [+] an arranged photograph taken in Washington, D.C., U.S., on Monday, July 23, 2018. Venmo said it processed more than $40 billion of payments in the last 12 months and grew 50 percent in the first quarter. Photographer: Andrew Harrer/Bloomberg

Finextra reported that “PNC Bank has been inundated with complaints from customers who have been left unable to connect their accounts to the Venmo app after a security update from the bank locked out data aggregator Plaid.”

The bank’s response to complaints and requests for help:

Why is PNC doing this? According to its head of retail banking, “When aggregators access account numbers, many store them indefinitely, often unbeknownst to customers. This puts customers and their money at risk. We want to make sure we know who is setting up the account.”

What The Media Thinks the Story Is

Reactions to PNC’s move have focused mostly on data aggregation and open banking:

The Media is Wrong

PNC may be correct about the risk involved in data aggregators’ data management approaches. But the bank is a member of the Financial Data Exchange which is committed to “enhancing consumer controls of financial data through an API and technical standards that prioritize security, transparency and user experience.”

In other words, PNC is committed to sharing data and “open banking.”

Venmo-related security concerns is a bit of a red herring, however.

In October 2018, American Banker reported that “one banker said that soon after his firm launched Zelle, fraud skyrocketed so high he had to go into the office at midnight to shut the system down.”

And in fact, PNC struggled itself with Zelle-related fraud. A May 2018 Digital Transactions article reported that Zelle-related “hit double digit basis points of payment volume” for a period of time.

The bank was able to take steps to reduce the fraud rate. But that begs the question: If PNC can take corrective actions, why can’t the data aggregators?

To Finextra’s point, there is a battle over access to customer data. But that’s not what’s going on here. And while open banking might enable consumers to own their own data (or at least better manage their data), that, too, is not what the PNC-Venmo spat is all about.

What the story is about is Zelle’s quest for P2P payment dominance.

As I wrote earlier this year in Venmo Versus Zelle: Who’s Winning The P2P Payments War?, consumers who use P2P payment apps typically use multiple services—and they’ll choose the app that is most convenient for them at the moment they want to transact.

That’s not good enough for Zelle, or for PNC, apparently.

The bank is betting that its customers will switch P2P providers before they switch checking accounts. Considering the pain involved with switching accounts, this might not be a bad bet.

Two weeks ago, JPMorgan Chase announced an agreement with data aggregator Envestnet | Yodlee to share data—but give Chase customers better control over it.

This comes a little more than a year after the bank announced a data sharing deal with Plaid to enable customers to more easily share data outside the bank.

Seemingly committed to data sharing and “open banking,” will Chase shut down connections to Plaid (and therefore Venmo)? Will other Zelle banks follow suit?

They’ll be watching what happens with PNC, for sure. If PNC sees limited account attrition, other Zelle banks will be likely to follow.

If Zelle banks do shut down access to Plaid in order to subvert Venmo, they may win the P2P battle, but might end up losing the banking war.

To be sure, some customers will change their P2P payment preferences.

But many others will simply open additional checking accounts with the Chimes and Money Lions of the world—while leaving their PNC accounts open.

They’ll move money from PNC to those other players via ACH or other methods—and continue using Venno through those accounts.

Zelle’s quest for dominance is going to have some interesting consequences.

Cost Considerations Drive The Merger Of Fiat Chrysler And PSA

Can Qualcomm See Sustainable Revenue Growth, Despite A...

JP Morgan Chase Must Suspend All Its Payouts