Breaking
Looking To Improve Efficiency In Your Business? Here’s...
AI and machine learning for business
How Social Media Changed the World
Shopify: The Pros and Cons
Should your business go green?
Expanding Your Business Into Spain: What You Need...
Essentials For Your Office Coming Out Of COVID-19
What Can Marketers Learn From Digital Cults?
Why NASA’s James Webb Space Telescope Will Never...
Increasing HR Effectivity and Efficiency through Software Solutions
The Difference Between Building A Startup In Bull...
Fluor Corp Ranked Among Today’s Top Shorts
Common Pitfalls to Look Out for When Buying...
Will the Olympics go ahead this year?
Pack Up the Big Top: Insights from MozCon...
Best WordPress Themes for Blogs
Home Finance The Results Are In: Board Gender Diversity Is As Important As Revenue Growth In Long-Term Value Creation
Finance

The Results Are In: Board Gender Diversity Is As Important As Revenue Growth In Long-Term Value Creation 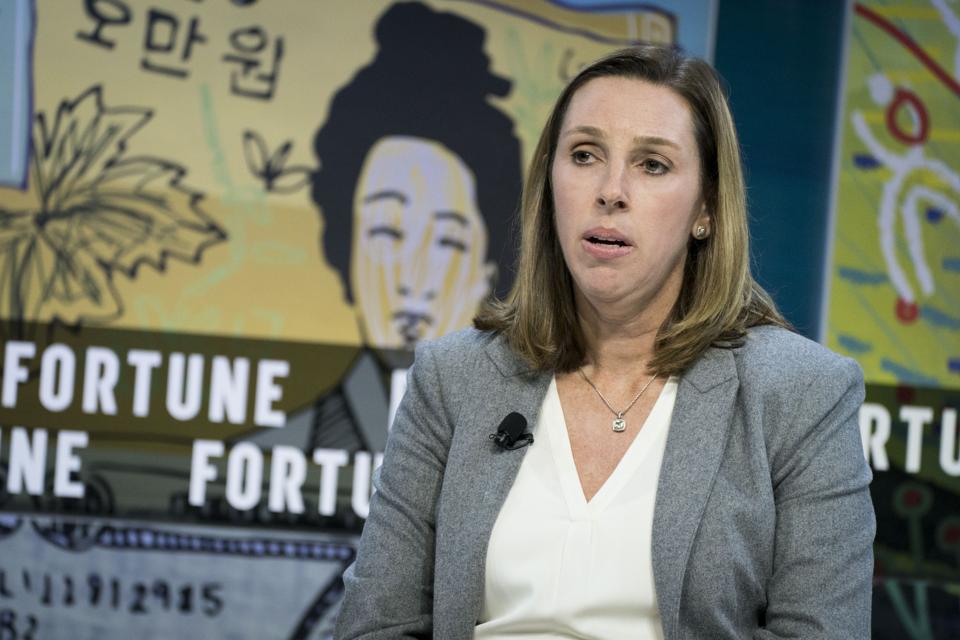 Lauren Hobart, president and member of the board of directors at Dick’s Sporting Goods … [+] Inc.Photographer: Sarah Silbiger/Bloomberg

As part of the effort to research long-term value creation across the investment value chain, FCLTGlobal has reached a significant and surprising finding: board gender diversity is as important as revenue growth in predicting a company’s long-term success.

This finding could bring about a paradigm shift within global boardrooms and C-suites, where tremendous resources are devoted to generating revenue growth. Meanwhile, FCLTGlobal found that increasing board gender diversity—an action well within corporate leaders’ control—could generate similar results in terms of long-term value creation.

FCLTGlobal’s 2019 research Predicting Long-term Success looks at firms around the world and incorporates metrics not reflected on financial statements, such as board gender diversity. While there are several important dimensions of diversity, including racial, ethnic, and cognitive diversity, this analysis relies on gender diversity due to data availability. FCLTGlobal also conducted a wide review of academic literature and its own data analysis of approximately 2,500 large publicly traded firms gender diversity data back to 2002.

FCLTGlobal found that percentage of the board that is female and the trailing five-year average of year-over-year change in revenue each contribute 8% to the predicted five-year ROIC. It determined these percentages by multivariable regression following significance in univariate regression, each with a 95% confidence interval. Other statistically significant predictors of higher long-term value creation include greater fixed investment, more productive R&D spending, and greater long-term investor presence. Meanwhile, predictors of lower long-term value creation include overdistribution of capital, ESG controversies, providing short-term guidance, and having a higher leverage ratio.

Admittedly, the academic research on board gender diversity is mixed, depending on timeframe and definition of value creation.

These increases are driven in part by shareholder pressure. As one example of shareholder pressure, FCLTGlobal member State Street Global Advisors, the world’s third-largest asset manager, starting this year will vote against the entire nominating committee of companies that do not have at least one woman on their boards and have not successfully addressed State Street’s questions on gender diversity within the last three years. As a second example, Canada Pension Plan Investment Board, an FCLTGlobal founding member, votes against the chairmen of board committees responsible for director nominations at public companies if the boards have no female directors. Third, the Universities Superannuation Scheme, the UK’s largest private sector pension scheme, votes against or abstains from voting for members of the nominating committee of companies with neither female directors, nor established timeframes for adding them. Lastly, the Thirty Percent Coalition, a group of investors with an aggregate $5 trillion in assets under management, aims to increase US board gender diversity to a minimum threshold of 30% female directors.

Regulatory action supplements changing business norms. Within the US, a 2019 California law requires that companies listed on major US stock exchanges with principle in-state executive offices have a minimum of one woman board member. This threshold rises by the end of 2021 to two women directors if a company has five board members, and to three for boards of six or more. Other states are considering similar legislation, such as Illinois’s requirement that companies with principle executive offices in Illinois report on board diversity.

Globally, a number of national regulatory bodies have mandated greater board gender diversity from their constituent companies. These range from the Norwegian requirement for publicly traded companies and state-owned enterprises to have at least 40% female boards of directors to the Israeli and Indian requirement of at least one woman on each publicly traded company board.

Governance is one of the key levers for long-term value creation. Increasing board diversity may be important in response to shareholder pressure or regulatory requirements, but it is also good business.

Bhakti Mirchandani is a Managing Director at FCLTGlobal, where she led the research described in this article on predicting long-term success for companies and investors worldwide.

Real Madrid Won The Battle But Can They Win The War?