Breaking
Top Stocks To Short Today As Markets Fall...
Three New York-Based Sustainable Fine Jewelry Brands That...
This Week In Credit Card News: No-Interest Credit...
Thirteen Predictions For 2021 In Sustainability Private Equity...
How Too Much Optimism On Vaccines And The...
Nine Strategies To Make Your New Year’s Resolutions...
Paper-Free Isn’t Enough: The Keys To Sustainable Web...
The Era Of Multimedia Engagement
Is Twitter’s Stock Move Overdone?
Why Does The Chancellor Refuse To Help The...
‘WandaVision’ Episode 1 Recap And Review: A Crackerjack...
How To Move From An Office To A...
Managing Customer and Vendor Relationships: 4 Things to...
Prince Charles Wants Companies To Raise £7.3bn For...
$3 Million Martian ‘Drone With Claws’ Set For...
Biden Will Push Congress To Pass $1.9 Trillion...
Home Business The Return To Work, Technology, And Some Future Gazing
Business

The Return To Work, Technology, And Some Future Gazing

It’s that time that fills millions with dread—the return to work, and reality, after the holidays.

After a two-week diet of booze, chocolate, cheese, and TV, the idea of tackling anything seems impossible. The thought of the deadlines and demands you pushed so lightly away on 20th December is enough to bring you out in a cold sweat (or maybe it’s just alcohol withdrawal!).

While you are wallowing in doom and gloom, spare a thought for those who returned to work in the 1970s and 1980s. Their experience was very different.

They didn’t have Slack to send memes to colleagues to cheer them up, or social media to distract them while their brain and body got used to being back in the office, or mobile phones to scroll through photos to remember those holiday good times. They didn’t even have the excuse of an ‘overflowing inbox’ to hide behind. Nor, could they banish the blues with a bit of online retail therapy. 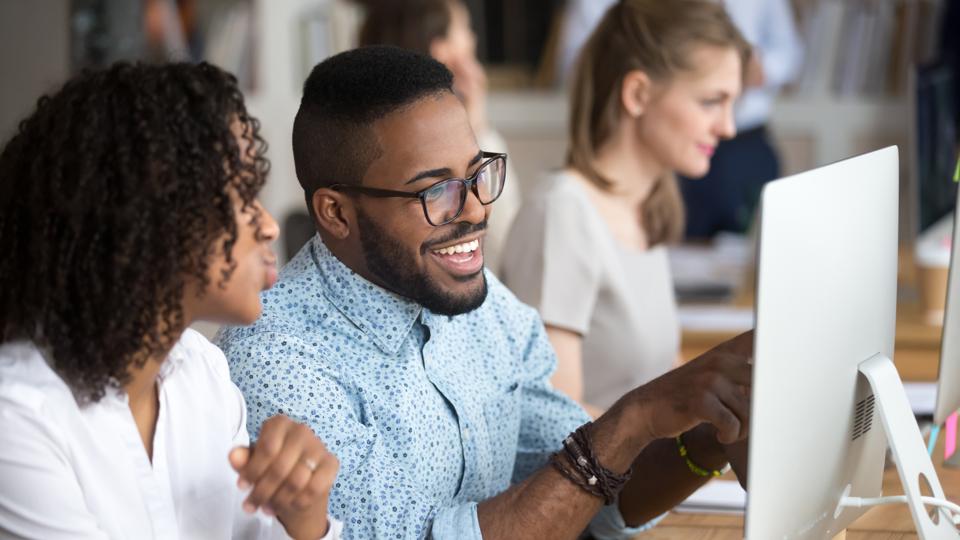 Looking back to the 1970s, and even early 1980s, computers and digital technology, in general, were largely absent from most people’s day-to-day work. Not only has technology transformed work, but it has also, in many cases, eliminated the need to come to an office at all.

Fast forward ten years and your return to work at the start of January could be quite different.

Autonomous Cars And The Commute

From 2030, cars with “city pilots”—the ability to drive alone both on the motorway and in the city—will gradually emerge. An analysis by Deloitte has found that by 2030, vehicle-based passengers can be expected to consume more than 52 billion hours of media content annually, and passengers on public transportation could consume roughly 23 billion hours of additional media content. That’s more than double today’s estimated vehicle-based consumption.

When drivers can fully divert their attention from the road, suddenly windscreens can be turned into projector screens, video streaming will take over from the radio and VR content will change vehicles into moving theme parks. The commute never needs to be boring again.

Everyone is talking about the autonomous age but we are already in the passenger age. While fully autonomous vehicles may still be a little while off, German startup holoride is making everyday journeys hyper immersive and entertaining by combining navigational and car data with XR content. The company plans to roll out its platform to ride-share services in 2020 and have the software in car models starting in 2021. holoride has already formed partnerships with Disney, The Discovery Channel and Universal Pictures, showing the appetite from IP owners to play in this space and turn journeys from wasted time to entertainment time. 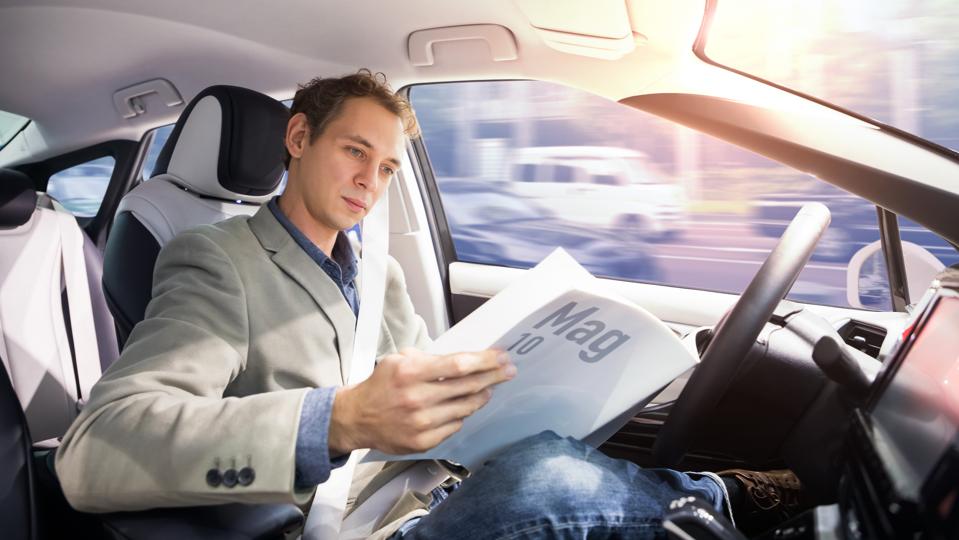 The next generation of VR has only been around since 2016, but it’s already shaking up communications. The beauty of VR—presence—means you can connect to someone in the same space at the same time, without the time sink and cost of travel, even if participants are on different continents.

VR also helps to facilitate better communication. In a typical discussion, a lot of information is non-verbal communication which can be transcribed in VR. Voice tone, hesitations, head, and hand movements greatly improve the understanding of the participants’ emotions and intents. Plus in VR, all distractions are removed and people can be fully focused on what is happening around them. In fact, MeetinVR claims that there is a 25% increase in attention span when meeting in virtual reality compared to video conferencing. Those patchy conference calls will soon be superseded by this far more sophisticated form of communication. 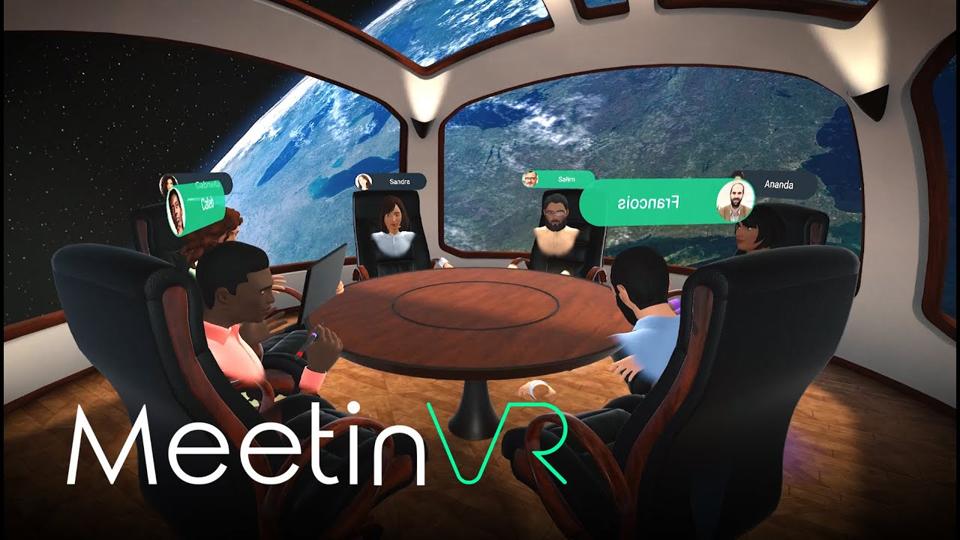 The Internet Of Things

We are already surrounded by intelligent, data-driven devices that help us with many aspects of work—think smartphones, tablets, and wearable technology. But this is just the beginning. We’re set to see digitally connected technology controlling a lot more of our working environments and daily tasks. 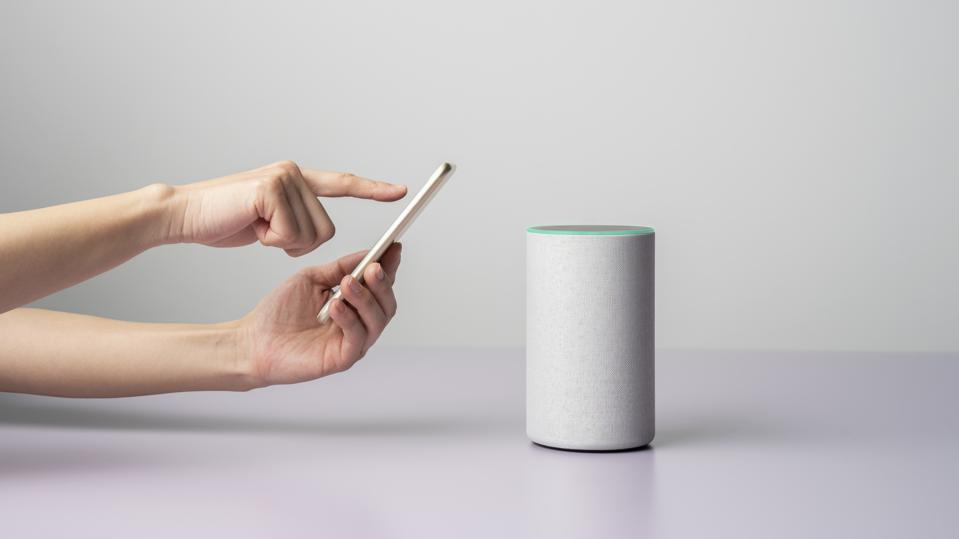 As technology continues to make working remotely easier, we may not be turning up to an office in January in ten years’ time. The freedom to work wherever you want with more flexible hours is a great motivator for those who find working in an office monotonous and sterile.

According to telecommuting trend data, there are 4.7 million remote workers in the USA (3.4% of the entire workforce). The same report says that 40% more US companies offered remote work as an option in 2018 than they did five years ago—a clear indicator that this type of work is only going to increase.

Research from the World Economic Forum forecast that by 2025, machines will perform more work tasks than humans, compared to 71% being performed by humans in 2018.

This division of labor between people and machines is expected to continue to shift toward machines, especially for repetitive and routine tasks. The rapid evolution of machines and algorithms in the workplace could create 133 million new roles in place of 75 million that will be displaced between now and 2022.

Managed well, these transformations could lead to a new age of work.

Work is being redefined to ensure valuable human-machine collaborations are formed. Work is shifting from task completion to problem-solving, communication and creativity. Businesses need to actively support their workforce to ride this change successfully through reskilling and upskilling.