Breaking
How to Run Nonprofit Marketing Ads
Entrepreneurs Are Bringing Transparency To Home Buying And...
Best Incentive To Get Vaccinated: Money, Messaging, Or...
Page Level Query Analysis at Scale with Google...
How A CIO Can Align IT With Business...
Blogger of the Month: Jo, Girl Eats World
6 Things Women In Business Know That Men...
How to Use First-Party Data for Ad Personalization
Pressing Reset—Putting A Fallen Unicorn Back On Its...
How We Went Viral: Promoting Content with Influencers,...
Blame Olympic Record Price Tag For Return To...
Apple iOS 14.5 Release: Should You Upgrade?
How to Come up with Podcast Topics and...
Why Gaming Gear Company Razer Launched A $50...
Technical SEO Implementations to Increase the Impact of...
30 Brilliant Ways to Market Your Eco-Friendly Shopify...
Home Business The Snyder Cut Is Real — Everything You Need To Know About ‘Zack Synder’s Justice League’
Business 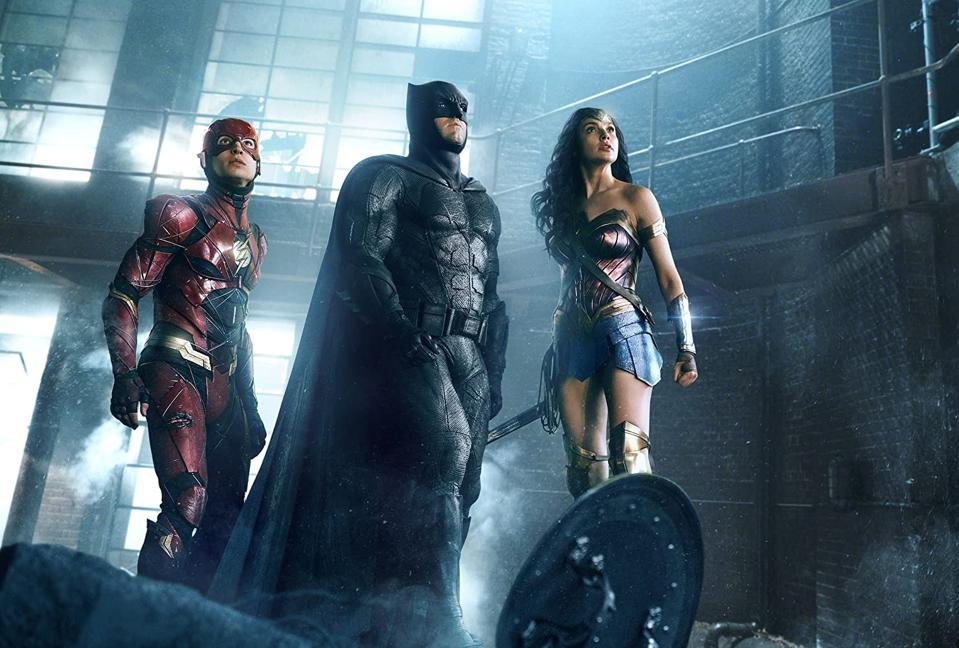 Fans will finally be able to watch the Snyder Cut version of ‘The Justice League’ thanks to HBO Max.

Years after the theatrical release of The Justice League, the #ReleaseTheSnyderCut movement has emerged victorious.

The Justice League released in March of 2018 to atrocious reviews and lackluster fan reception. DC’s version of The Avengers was a jumbled mess, grossing just $658 million worldwide at the box office.

Personally, I disliked the movie and never planned to see it again. But now that the Snyder Cut is real, that’s all going to change. For the first time I’m actually excited to watch The Justice League, now in a completely new form.

Here’s everything you need to know about the Snyder Cut.

What is the Snyder Cut anyway?

Director Zack Snyder announced the big news today alongside Superman actor, Henry Cavill. The announcement took place after a viewing party of Man Of Steel. The Hollywood Reporter ran a big interview with Snyder as well, in which Snyder reveals that the film will “be an entirely new thing, and, especially talking to those who have seen the released movie, a new experience apart from that movie.”

Zack Snyder originally planned on The Justice League being a four hour superhero epic. When personal tragedy struck, he bowed out of the project which was finished by Avengers director, Joss Whedon (though some believe Snyder was fired from the project). The final product was . . . not good, to say the least. It’s always difficult to juggle two very different visions of a story, something the new Star Wars trilogy illustrates rather well.

In any case, Snyder was out and so was his vision of the film. We got the jumbled, rushed, slapdash theatrical version in its place—a version that Snyder himself has never actually watched. While Warner Bros. stated that Whedon stuck largely to the template set forth by Snyder, there were major changes.

The Snyder Cut, which was unfinished but watchable, clocked in at about 3 and a half hours. The theatrical release was two hours long. Whedon added 80 pages to the script despite the shorter run-time.

The Snyder Cut itself wasn’t even the first version Snyder had put together. The original script, by Chris Terrio and Snyder, was darker and focused more on the Knightmare from Batman vs. Superman—the scene with an evil Superman ruling over a post-apocalyptic world that Bruce Wayne sees when he briefly encounters the Flash.

That plot was largely removed for the Snyder Cut, with Steppenwolf taking over as the main villain after being quickly removed from Suicide Squad. Snyder’s ultimate goal was to make three Justice League films, with the final of the three focusing largely on the Knightmare scenario and the second film ending in our heroes’ defeat. The Snyder Cut itself shares a resemblance to the movie we saw, but with less focus on the new characters like Aquaman, Cyborg and the Flash.

The Snyder Cut would have also introduced Darkseid, long-time arch-nemesis of Superman and the Justice League, who would eventually end up controlling Superman and turning him into the evil version Wayne saw in the vision.

The reason Snyder changed his original vision for The Justice League away from the Knightmare plot was the reaction to Batman Vs. Superman, which was panned by critics and didn’t sit much better with moviegoers, many of whom found it too dark and slow. Snyder and Warner Bros wanted to make Justice League less dark. Apparently Snyder’s version didn’t fit the bill and Whedon was brought in to finish the film.

This is, to put it mildly, a short version of everything that the Snyder Cut entailed, especially when you take the bigger picture into account, which involved plans for three Justice League films, time travel and so forth.

But from these details the #ReleaseTheSnyderCut movement was born, with passionate fans clamoring for Warner Bros. to release Snyder’s version and naysayers claiming, over and over again, that it would never happen.

In the interview with THR, even Snyder admits he never believed it would happen, saying “I always thought it was a thing that in 20 years, maybe somebody would do a documentary and I could lend them the footage, little snippets of a cut no one has ever seen.”

What appeared to be a pipe-dream for everyone involved changed when HBO Max was born. Warner Bros.’ new streaming service combines all things HBO with all things Warner Bros. It’s your one-stop subscription service for everything from Game of Thrones to The Wizard of Oz to The Lord of the Rings and the DCEU movies.

Clearly, Warner Bros. saw a way to attract subscribers by releasing the film exclusively on HBO Max. Instead of returning to theaters or releasing as a UHD Blu-Ray or VOD, Zack Snyder’s Justice League will launch in 2021 on the new streaming service.

“I want to thank HBO Max and Warner Brothers for this brave gesture of supporting artists and allowing their true visions to be realized. Also a special thank you to all of those involved in the SnyderCut movement for making this a reality,” Zack Snyder said in a statement.

HBO Max launches on May 27th. Something tells me the timing of this announcement was no accident.

The new movie has a new name, too.

The new cut of the film is appropriately called Zack Snyder’s Justice League.

I like the plain black and white aesthetic in that poster.

The Snyder Cut Isn’t Finished Yet

The reason for such a long delay between announcement and release on HBO Max? Zack Snyder’s Justice League is a long ways from being finished.

Speaking on a podcast with CinemaBlend, Kevin Smith said of the movie:

“”When people hear ‘Snyder Cut’ in their heads, they think about, like, a DVD they’ve seen of an extended cut or something that’s finished. The ‘Snyder Cut’ that, again I haven’t seen, but the one I’ve heard everyone speak of was never a finished film. It was a movie that people in production could watch and fill in the blanks. It was certainly not meant for mass consumption.”

Indeed, it’s estimated that Warner Bros. will need to spend anywhere from $20 to $30 million to finish up the project. And at this point, it isn’t even clear if this will be a movie or a multi-part mini-series. The shape of the final creation has yet to fully form.

All we know for sure is that it’s happening. It will require many of the actors, like Henry Cavill, Ben Affleck and Gal Gadot, to return in some form or another. Many, like Cavill, have already committed to doing so.

Cyborg will have a much larger role in the Snyder Cut. Actor Ray Fisher was the first person Snyder called with the news. He thought Snyder was kidding at first.

The Justice League was a mess in large part because we didn’t ever really care about the characters and the stakes just seemed so preposterous. We never really had time to get to know any of the newcomers, and we were all still a little sore about Batman and Superman’s last outing. My biggest hope is that Zack Snyder’s Justice League changes that. The extra time spent on character development should help make for a better story, no doubt, but I still worry that the conflict with Steppenwolf will fall flat.

It’s good that they’re taking their time with this, at the very least. Another year or so to work out the kinks, finish special effects, do more voice work or full reshoots, get the script where it needs to be, all the editing and changes. It’s much more than just a Director’s Cut and it’s going to be a major undertaking for everyone involved, especially with all the lockdowns in place.

Ultimately, I’m glad it’s happening. I didn’t think it would, at least not anytime soon, but the age of streaming has changed the game in big and sometimes surprising ways.

Withdrawing From Retirement Savings: Is Four Percent A “Safe” Rate?

Mark Cuban’s Offer To Women And Minority-Owned Businesses: Let’s Get That Money