Breaking
Tesla’s 2020 Run Proved Why Wall Street Conventional...
Top Stocks To Short Today As Markets Fall...
Branson Says Capitol Riots Stem From White Americans’...
Sustainable Seafood Wholesaler Seizes The Moment To Embrace...
Three New York-Based Sustainable Fine Jewelry Brands That...
This Week In Credit Card News: No-Interest Credit...
Thirteen Predictions For 2021 In Sustainability Private Equity...
How Too Much Optimism On Vaccines And The...
Nine Strategies To Make Your New Year’s Resolutions...
Paper-Free Isn’t Enough: The Keys To Sustainable Web...
The Era Of Multimedia Engagement
Is Twitter’s Stock Move Overdone?
Why Does The Chancellor Refuse To Help The...
‘WandaVision’ Episode 1 Recap And Review: A Crackerjack...
How To Move From An Office To A...
Managing Customer and Vendor Relationships: 4 Things to...
Home Technology The Startup That Helps You Stream TikTok And YouTube Is Now Worth $1.16 Billion
Technology

The Startup That Helps You Stream TikTok And YouTube Is Now Worth $1.16 Billion 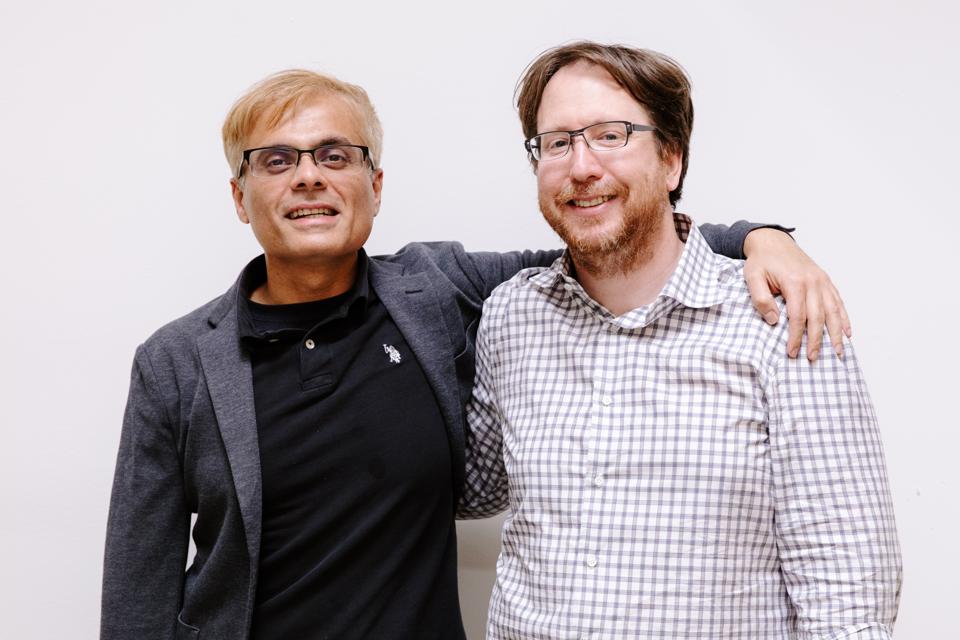 When you stream YouTube clips on an airplane or watch TikTok videos in the back of a car, technology from a company called HeadSpin hums along behind the scenes to help make sure the content doesn’t freeze or lag. The success of the streaming platforms is well known. But in their shadow, HeadSpin has now earned a unicorn valuation without the notoriety.

HeadSpin announced on Tuesday it had raised $60 million in a Series C funding led by Dell Technologies Capital and ICONIQ Capital. The round, which included Tiger Global Management, Kearny Jackson and Alpha Square Group, more than doubled HeadSpin’s valuation to $1.16 billion.

Founded in 2015 by Manish Lachwani and Brien Colwell, HeadSpin got its start when Yahoo cofounder Jerry Yang introduced Lachwani, who had sold a mobile cloud business to Google the year before, to Colwell, who was working on a Y Combinator-backed startup after engineering stints at Palantir and Quora. The duo raised their first funding while still without a name. The company’s lore has it that Lachwani’s daughter Anya inspired the name HeadSpin when she complained to her dad about YouTube failing to load on her tablet at an airport.

HeadSpin operates in the realm of what it calls “experience management,” which boils down to helping apps and devices works in different environments (airports included). The company initially focused on mobile apps, but now also works with wireless carriers on their 5G launches, with game consoles to track performance in different geographies, and with large organizations to see if their apps built under “digital transformation” mandates actually work. The startup says it’s more than 1,000 business customers include Airbnb, Google (an investor through its venture arm), Microsoft, TikTok, Uber and Walmart, the largest of which can pay as much as $5 million per year.

“Developers are currently operating in a wild west scenario when it comes to the mobile ecosystem. It’s complex and very fragmented,” Lachwani says. “If I can see a poor user experience in a specific region on a specific device, our data science can actually pinpoint it to you and tell you how to fix your problem.”

HeadSpin’s growth — the company says it’s doubled revenue every year and expects to exceed annual recurring revenue of $100 million in “early 2020” — helped it more than double its valuation to $1.16 billion, double its $510 million valuation at its previous funding, per startup tracker PitchBook. It also helped HeadSpin bring in a slew of big-name personal supporters in the tech world. Palo Alto Networks and SoftBank veteran Nikesh Arora has joined HeadSpin as chairman of its board of directors after the new round; personal investors in the company include LinkedIn’s Jeff Weiner and executives from Facebook, Pinterest, Spotify, Stripe and Twitter.

While a bevy of businesses offer app performance management and analytics on site performance, from AppDynamics and New Relic to monitoring tools like DataDog and Splunk, HeadSpin hopes it can stand out with more expertise on mobile experiences and through its data science software that it says can tell customers not just that they have a problem, but how to fix it. “Vendors in the market right now just simply generate metrics and events, dashboards and alerts, with the expectation that teams will be able to make sense of them. And for most teams, it’s too much data,” says chief sales officer Rajeev Butani.

HeadSpin’s also looking to capitalize on the upcoming wireless carrier race to offer 5G mobile networks. The startup offers test packs that can fit in a backpack to monitor service, and shared photos of small vehicles branded with HeadSpin’s logo that testers could bring into the field.

If You Love ‘Scary Stories To Tell In The Dark,’ Check Out This Fan-Made Tribute Collection