Breaking
5 Tips For Virtual Networking Success
10 Ways Covid-19 Vaccine Supply Chains Need To...
Here Come The Workers: 4 Steps To Take...
First Electric Car? Consider These Four Big Upsides...
What’s Missing From Howard Marks’ “Something Of Value”
A 10 Billion-Year-Old ‘Super-Earth’ Has Been Found In...
David Einhorn Warns Of Danger From Valuation-Indifferent Investors
How Safe Is Your Stock Portfolio Over 30...
Technology Is Rapidly Changing Cancer Care
4 Major Market Changes In 2020 That Can...
Boston Globe Starting “Fresh Start” Initiative As Part...
Can Money Protect You From Covid-19? It May...
The Most Important Voice In Artificial Intelligence: Frontline...
How to Start an Online Store
Amazon’s Small Business Empowerment Team Is Helping Entrepreneurs...
10 Ways For Entrepreneurs To Power Through Tough...
Home Business The State Of Nukes In Iran And North Korea: Insights From Former Director Of Nuclear Nonproliferation Sharon Squassoni
Business

I had the good fortune to talk with Professor Sharon Squassoni in the Elliott School of International Affairs at George Washington University. Her research at the Institute for International Science and Technology Policy includes reducing risks from nuclear weapons and nuclear energy, particularly those related to nuclear material and fuel cycle facilities. 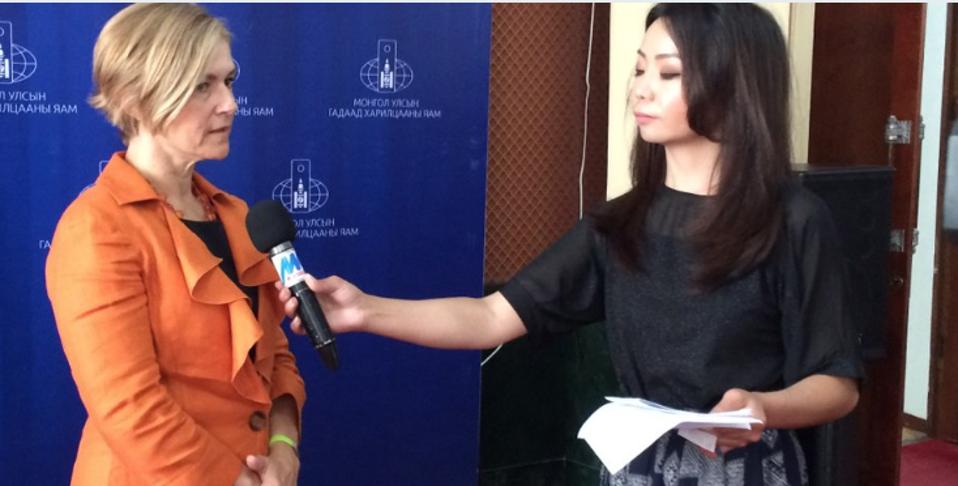 Professor Sharon Squassoni (left) in the Elliott School of International Affairs at George … [+] Washington University being interviewed at a Non-Proliferation Conference.

Squassoni was previously Director of the Proliferation Prevention Program at the Center for Strategic and International Studies in Washington, D.C., and was a senior scholar at the Carnegie Endowment for International Peace. She has held senior positions at the State Department, Arms Control and Disarmament Agency, and the Congressional Research Service, where she advised Congress on weapons of mass destruction.

I wanted to hear what she thought about the latest actions surrounding Iran, how that fits into the geopolitical history of the region and what the future might hold, especially for nuclear.

(Note: To better understand the discussion it’s probably good to get some history on Iran, a brief which I posted on Friday, January 16th)

JC Good afternoon, Professor! It’s a pleasure to speak with you today.

SS Good to be here, Jim!

JC Out of the 195 countries in the world today, how many countries have nuclear weapons? How many more are close to having them?

SS Nine countries have nuclear weapons but many more have some of the building blocks to develop them. The dual-use nature of the technology — fissile material can be used for nuclear power reactor fuel or for bombs — means we have to be eternally vigilant to ensure that more countries don’t develop nuclear weapons. Fortunately, we’ve had a treaty since 1970 that basically grandfathers the first five countries with nuclear weapons — the United States, Russia (then Soviet Union), United Kingdom, France and China — because they tested nuclear weapons before negotiators sat down to write the Nuclear Nonproliferation Treaty (NPT). Some say these are “legitimate” nuclear weapon states, but the treaty commits them to eventually disarm. Still, four countries developed nuclear weapons outside the NPT— Israel, India, Pakistan and South Africa. South Africa dismantled its stockpile of 6 weapons in the early 1990s and then joined the treaty. 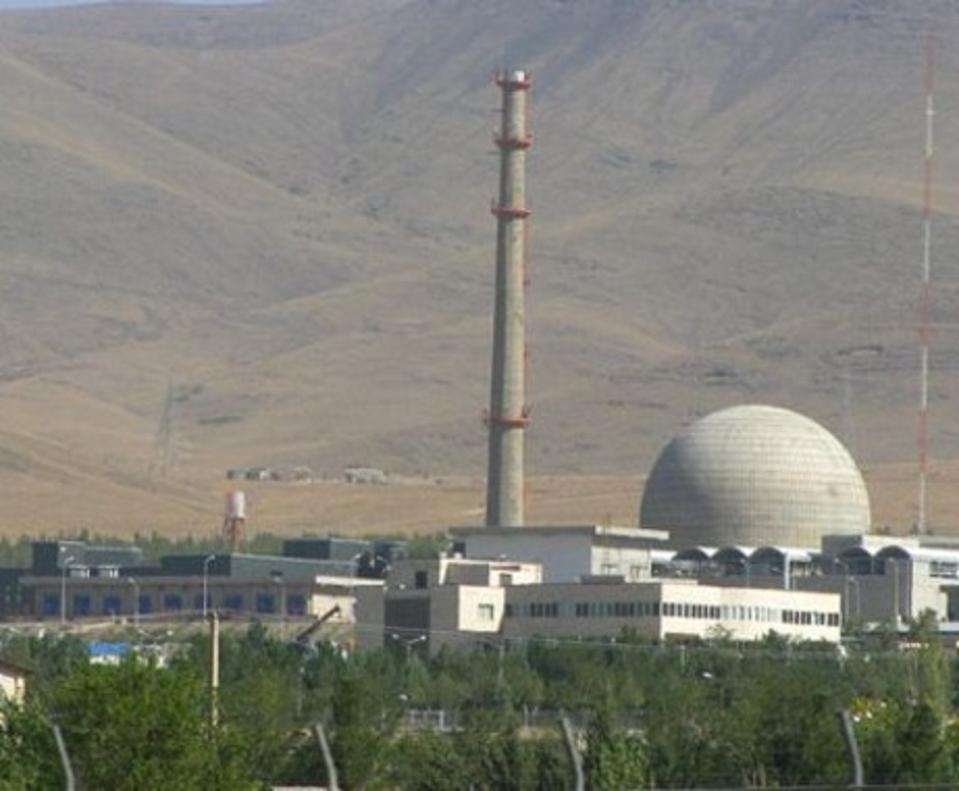 The IR-40 Heavy Water Reactor at Arak, Iran. If not for the Iran Nuclear Deal, this reactor would … [+] now be producing plutonium for a Pu-atomic weapon. This is a different path, a more dangerous one, to a bomb than a U atomic weapon that uses uranium enriched by centrifugation. But Iran has removed the core of this reactor and filled it with concrete.

JC How close is commercial nuclear power tied to nuclear weapons proliferation? Which came first in the United States and Russia?

SS Both the United States and Russia developed commercial nuclear power after they developed nuclear weapons. A fission reaction is the same, whether it is used to generate electricity or a massive surge of energy within explosives as in a nuclear weapon. The major difference is that in nuclear reactors, we control the chain reaction (and, of course, we don’t pack it with high explosives). The building blocks of nuclear weapons and nuclear power are essentially the same up to the point of weaponization. Countries ensure that peaceful nuclear energy remains peaceful through a system of declarations, inspections, technical monitoring and intelligence collection.

SS The Iran Nuclear Deal reduced the risks that Iran’s nuclear capabilities could be misused for weapons by, essentially, shrinking its scope. Iran could not stockpile enriched uranium, couldn’t enrich to higher levels, wasn’t allowed to improve its centrifuges for enrichment and had to convert its heavy water reactor to reduce its potential for making good plutonium for bombs. The measures and mechanisms improved transparency for the entire Iranian nuclear program, including procurement of equipment. The international inspectors from the International Atomic Energy Agency were much more confident that Iran was not hiding activities. The additional measures were (and still are) necessary to build trust in Iran’s intentions after decades of clandestine activities.

The United States’ decision to pull out of the agreement was short-sighted given that there were no credible alternatives to keep Iran in check. Since then, Iran has sought to demonstrate that if other parties are not complying with the agreement, neither will it comply. The small steps until now indicated that Iran would rather stay in the agreement than pull out altogether. Everything it has done can be reversed and in fact, Iranian officials have said they’d be happy to reverse the steps in exchange for sanctions relief. Last week, on January 14, 2020, the Europeans triggered the dispute resolution process, suggesting this tango can’t last forever. When the music stops, we might be back to where we were in 2015, where Iran is dangerously close to being able to put together a nuclear weapon. 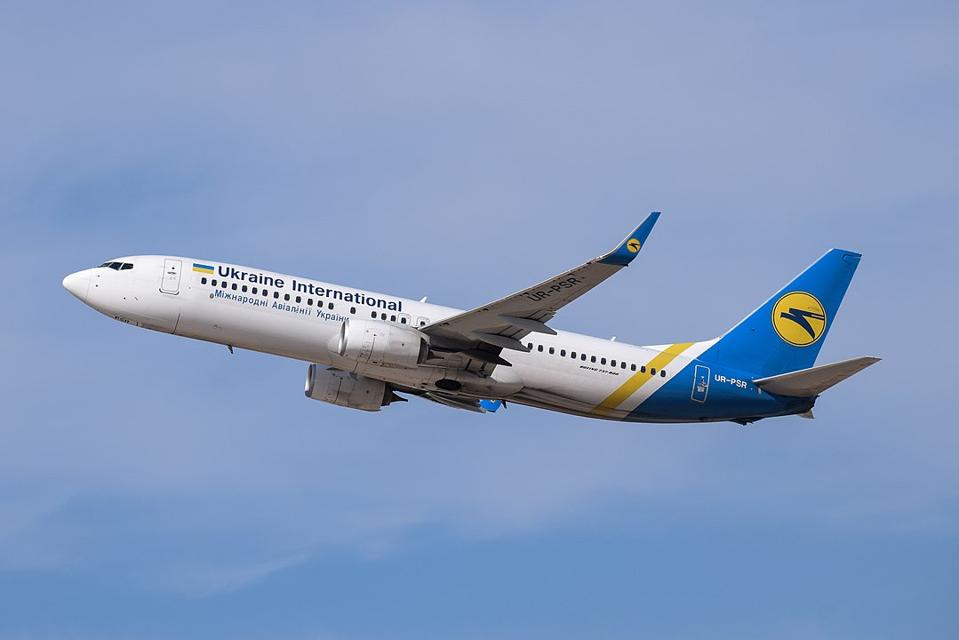 Ukraine International Airlines Flight 752, shot down by two missiles launched by the Islamic … [+] Revolutionary Guard Corps Tor missile system on January 8, 2020 by Iran, presumably by accident, after escalation of hostilities between the United States and Iran in the New Year.

JC What effect do you think Soleimani’s death will have on Iran’s nuclear program and this whole issue?

SS  Iran’s recent statements about throwing off enrichment restrictions had nothing to do with Soleimani’s death. Instead, they were part of a carefully measured campaign to slowly walk back Iran’s technical restrictions to put pressure on the Europeans, Russians and Chinese. This was the fifth step. Soleimani’s assassination could have been used by Iran to turn the United States’ allies against us, had it not been for Iran’s tragic mistake in shooting down the Ukrainian airliner. No one comes out of this episode looking good.

JC What about DPRK, also known as North Korea? Will pulling out of the Iran Nuclear Deal affect that?

SS It’s safe to say that North Korea marches to the beat of its own drummer, but North Korean officials watch the United States closely. The American withdrawal from the Iran nuclear deal raises questions about United States’ credibility. This might be why the North Koreans are insisting on negotiating directly with President Trump to ensure his buy-in, since they’ve seen what happens when the president is not personally invested in a policy. It may make them also wary of negotiating anything this year unless it is clear that Mr. Trump will win reelection.

JC What has happened to the standing of the United States in the world with respect to nuclear, proliferation or other general treaty issues?

SS Arms control and nonproliferation treaties are difficult to negotiate in the best of circumstances because they involve compromising sovereignty. Countries must be persuaded, incentivized or compensated for relinquishing sovereignty. They need to believe that the United States is a trusted and reliable partner. While it is the prerogative of every new administration to change policies, radical shifts make it difficult to build trust in United States’ reliability and predictability. A capricious rejection of past approaches squanders political and diplomatic capital that is hard to reconstitute.

JC How do Russia and China fit into this?

SS Russia and China don’t want Iran or North Korea to have nuclear weapons any more than we do. But it’s safe to say that we disagree on how to go about reducing nuclear risks, either from North Korea, Iran, or among ourselves. If the United States doesn’t champion international, legally binding solutions to these problems, it’s unlikely that Russia or China will. And the kinds of solutions they may propose may not be to our liking. It’s hard to see how the United States’ interests are served by Russia or China taking the lead in these areas. There’s no substitute for U.S. leadership.

JC Professor, thank you for a very insightful discussion on a very worrisome subject. I hope we can get you back to discuss these issues as they evolve.

SS Thanks, Jim. It would be my pleasure.

Super Bowl LIV: Early Odds, The Spread, And What Patrick Mahomes Has To Do To Take The Trophy Home