Home Finance The Takeaway Is Pretty Clear: Volatility Has Been Decimated As Balance Sheets Have Ballooned
Finance

The Takeaway Is Pretty Clear: Volatility Has Been Decimated As Balance Sheets Have Ballooned 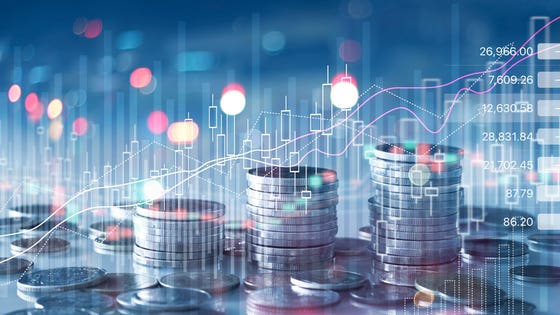 In The Simpsons episode, “The Trouble With Trillions” Homer got busted by the IRS for a fraudulent tax return. To avoid prison he agreed to help the FBI. Homer proved amazingly successful at luring other idiots into disclosing their own mischievous behavior and quickly got tasked with investigating the theft by Mr. Burns (Homer’s boss) of a $1 trillion bill that was printed in 1945 by President Harry Truman to help reconstruct post-war Europe. Soon thereafter Homer got Mr. Burns to show him the bill, to which the agents then barged in and arrested Mr. Burns. As Mr. Burns was being dragged away he gave a speech criticizing the government for oppressing the average American. Homer was so moved he hit the two agents and fled the scene with Mr. Burns and the $1 trillion bill.

The scene then cut away to the Simpson’s home where two agents ask Bart, Lisa and Marge, “Ok kids. I want some answers. Where do you think your father would go with $1 trillion?” Bart immediately answered, “My dad has $1 trillion? Wow! I can buy and sell your sorry ass. I’ll give you $1 billion to empty the cat box for me.” Marge interrupted, “No no Bart. That money is going to your college education.” Lisa (normally the conservative member of the family) then exclaimed, “Who needs college Ma! We’re trillionaires! Let’s buy dune buggies!” So it goes.

When we hear $1 trillion dollar bills floating around the only thing we can think of is our central bank and it’s re-energized money printing endeavor to support the economy from…wait for it…the collapse in 2008. Since then the balance sheet has gone through several phases. The initial expansion of the Fed’s balance sheet (via money printing) began in 2009 when the balance sheet was well below $1 trillion and by 2014 peaked around $4.5 trillion. For years it remained at that level until the Fed felt it was time for the all-clear signal at the end of 2017 and announced a gradual, smooth run-off its assets beginning in early 2018. Unfortunately by early 2019 interest rates that had been rising were quickly falling. The balance sheet runoff that was on auto-pilot was stopped abruptly in March.

Fast forward to September when mysteriously/confusingly the overnight repo rate spiked to nearly 10%. Like the interest rate U-turn earlier in the year the balance sheet that had fallen to $3.75 trillion in March began to slowly expand again. It wasn’t until October 8th that the slow expansion of the balance sheet became a rapid expansion of balance sheet as Fed Chair Powell formally announced “not QE” QE.

Nearly $325 billion of “not QE” QE dollars have been printed in the last three months and further expansion is planned through spring “as necessary”. We believe this exercise will eventually hit the $1 trillion dollar bill mark. Why you ask? To which we ask why do the markets need additional liquidity with unemployment at 3.5% and CPI at 2.3%?!?!

Reporter Kent Brockman asks, “Mr. Burns, people are calling this a meltdown.” Mr. Burns responds, “Oh, ‘meltdown’, it’s one of those annoying buzzwords. We prefer to call it an unrequested fission surplus.” – From  The Simpsons, “Homer Defined”

Anyway, the equity markets have celebrated the balance sheet expansion like Homer eating a donut while drinking a beer. On October 8th the S&P 500 closed 2893. Today the S&P 500 closed 3169. Those of you that think things have been volatile need to turn off the 24/7 media coverage of the impeachment hearings and tariff tweet flip-flops. Here’s an interesting “not QE” QE market fact. Through October 8th this year the S&P 500 declined over 1% 15 times or around 8% of the trading days. Since October 8th there have been none. That’s right…none.

The takeaway is pretty clear: volatility has been decimated as balance sheets have ballooned. The noise around rates moving incrementally up and down post-2008 in our view has been just that, noise. The problem is the consensus of low rates forever coupled with balance sheet expansion has reinforced a seemingly riskless investment environment and underpinned a debt explosion like no other: the debt explosion is not noise. So the question as to why the balance sheet runoff dubbed by former Fed Chair Yellen as “watching paint dry” has become a new paint job with several additional coats as a precaution remains a head-scratcher. The equity markets reaction to the Fed’s balance sheet expansion depicts a perfect world. The reasons for their expansion do not. Save for college or buy a dune buggy? I guess it depends on which Fed you believe.