Breaking
The WFH Revolution: How Covid-19 Is Changing The...
eToro Announces Staking For Cardano And Tron
The End Of Third-Party Data — Finally
The Scientologist Billionaire Trying To Make A New...
Mission-Driven Fintech Kontist Shakes Up The Future Of...
What Can The Simple Fact That ‘We Exist’...
Stock Market: Here Comes October With Scary Tricks...
Farmers, College Students, And Food Banks Across The...
Thinking Of Writing A Book To Grow Your...
Microsoft Security Report Highlights New Sophisticated Threats From...
3 Steps To Help You Build Entrepreneurial Confidence
SMB Fintech Darling Kabbage To Be Acquired By...
Silicon Valley’s Next Target: The One-Person Business
The Small Business Code Of Ethics
President’s Remarks About COVID-19 At First Debate True...
FIFA 21 Gameplay: Liverpool Vs. Manchester United
Home Technology The Third Season For ‘Castlevania’ Will Be Released This March
Technology 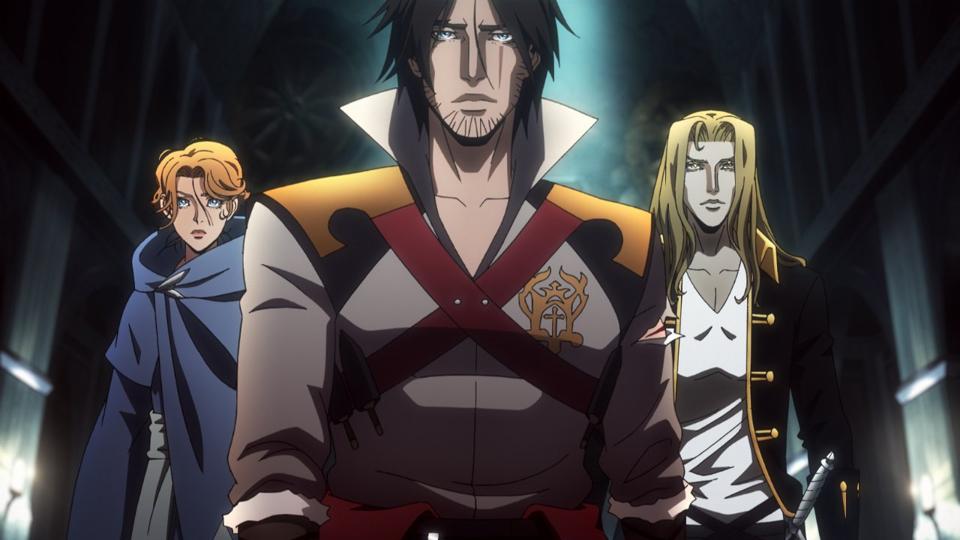 ‘Castlevania’ gets a new season this march on Netflix.

It finally looks like the third season of Castlevania will be released on Netflix this coming March.

Announced via Netflix’s own Twitter account (shown below), we also got to see the new key art for the season.

The third season will also have 10 episodes, which is even longer than the excellent second season, that clocked in at 8 episodes.

While the second season ended with a lot of major plot points wrapped up, it still left a lot of other major story arcs unfinished and to be explored.

In that, the main trio of Trevor Belmont, Sypha Belnades and Alucard went their respective ways but it still leaves Grant Danasty to reveal himself at some point.

This is because this Netflix series is based off the plot and some of the events from the classic NES games Castlevania III: Dracula’s Curse.

While this animated series paints Dracula as a more sympathetic character compared to the game and Alucard’s mission subsequently a bittersweet one, there is plenty still left to explore here.

Especially as, in theory, we could even catch up to the events in Rondo of Blood and Symphony of the Night at some point.

It’s clear that the third season will be covering more ground though, what with the increased episode count, and that makes me very happy indeed.

The third season for Castlevania is released on March 5 via Netflix. If you are curious about the series, then also feel free to check out my interview with its showrunner Adi Shankar.