The Top 10 Video Games Releasing In March On PS4, Xbox One, PC And Switch 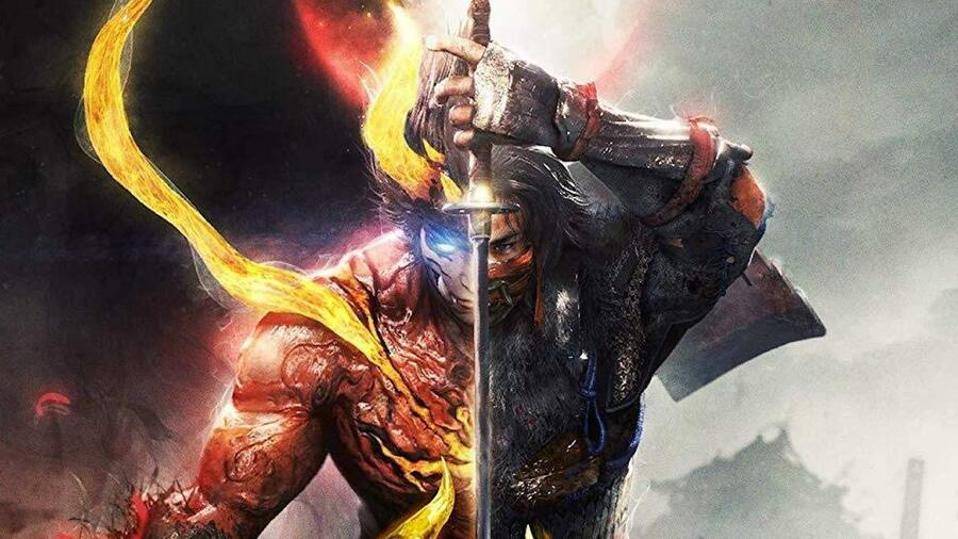 Nioh 2, Doom Eternal and a bunch of other exciting games release this March. Here’s the top ten.

It’s Leap Day, a phenomenon that only occurs once every four years. We get an extra day which means we have to wait just a little bit longer for the impressive spread of games releasing in March.

From brutally challenging action-RPGs like Nioh 2 to cutesy social-sim Animal Crossing: New Horizons to not one, but two, new Half-Life games, the first time we’ve seen games in that franchise release in over a decade. 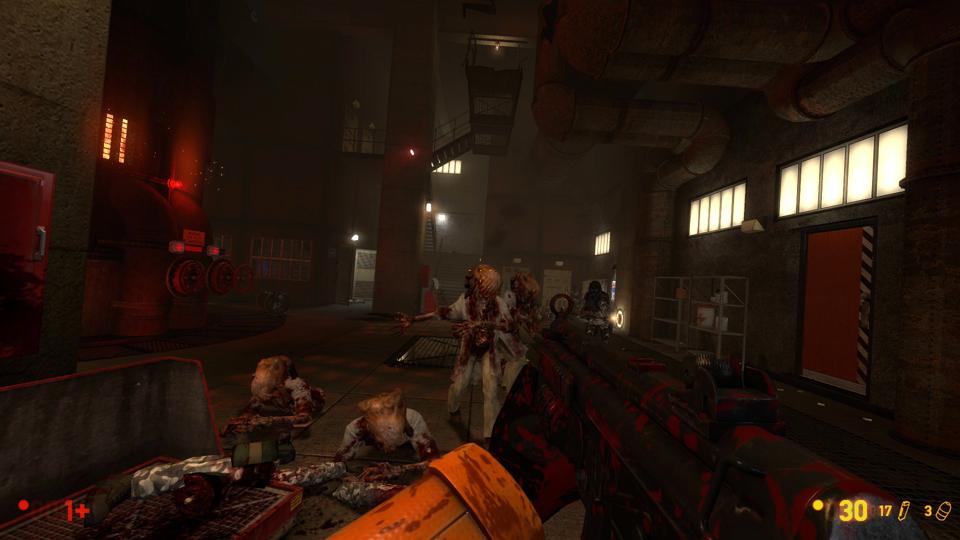 In some ways, Black Mesa’s final release is the most exciting of the entire crop of March games. Why? It’s a fan remake of the original Half-Life that’s been in development for a staggering fourteen years. You can see how far it’s come since 2012 in this video.

“Through luck, hard work, and maybe a bit of ignorance we didn’t shy away from our goal of bringing this game to completion,” Crowbar Collective chief Adam Engle told fans. “We are proud of what we built. We think this upcoming 1.0 release is the best, most polished, and most fun version of the game yet. The anticipation and excitement around our project is beyond flattering.”

Black Mesa gives old and new fans a reason to go back to one of the best first-person shooters ever made and I can’t wait. You can find the game on Steam where it’s received Overwhelmingly Positive Early Access user reviews. 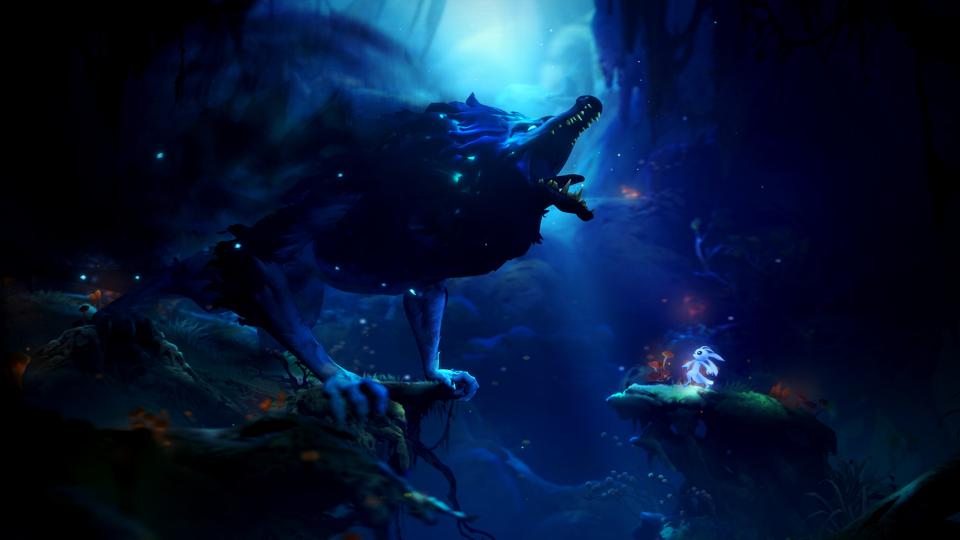 Ori and the Will of the Wisps

I often talk about how Sony has the better video game exclusives, but Ori and the Blind Forest was one of those rare exceptions to that rule. A gorgeous, challenging “metroidvania” platformer, Ori was unique amidst Xbox’s usual stable of exclusives. (That’s actually changing bit by bit thanks to Microsoft’s raft of acquisitions of talented and varied studios).

In any case, Ori and the Will of the Wisps is somehow even more beautiful than the first game and I’ve heard good things from people who have previewed the title. The game will be available on PC as well as Xbox One and, like all other Xbox One titles, will work on Xbox Series X as well when that system releases later this year.

You can find it on Steam. 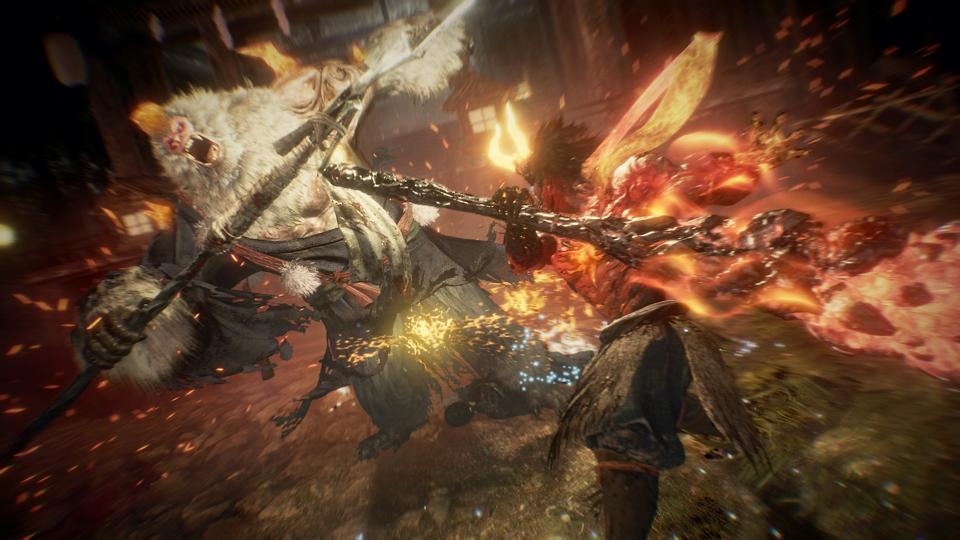 Speaking of Sony’s exlusives being amazing, Nioh 2 slices its way onto PS4 on March 13th and I can’t wait. The first game was brutally challenging (though easier at release than in its insane Alpha) and tons of fun.

This time around you’ll be able to customize your character—a half human, half Yokai-demon—as you explore a demon-plagued Sengoku-era Japan. It sounds like Team Ninja has made some big improvements and really expanded the scope of the sequel, learning from some of the mistakes of the original.

I’ll be playing this one for sure and will have a review up in March. Oh, and there’s a free demo running now through tomorrow so you can download that and play some of the game’s first missions if you want to try it out for yourself. 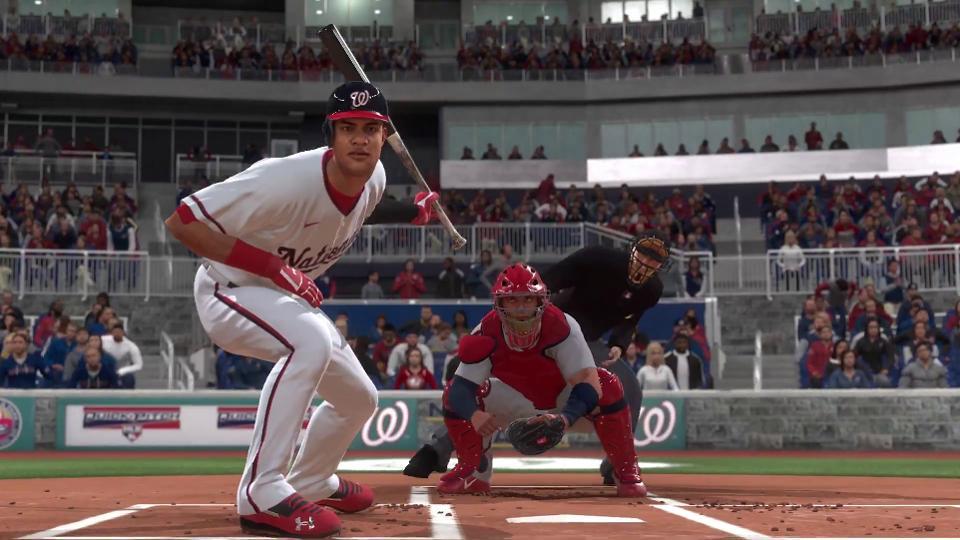 Okay, truthfully I have very little interest in baseball games though I should probably take a swing at this franchise one of these days. I’m just not that into baseball itself (though I have enjoyed going to a game or two) so it’s hard to muster up excitement for the video game version. I prefer Madden.

Still, this game is a big deal. It’s really the only game in town when it comes to baseball and it’s yet another PS4 exclusive. 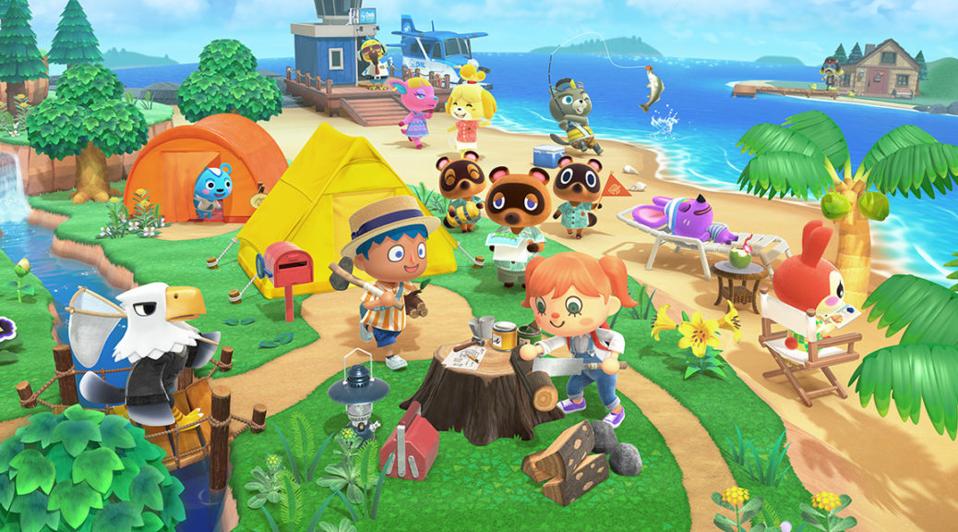 Another franchise I’m not really into (but my daughter is!), Animal Crossing has a huge and loyal following. The game is a social-sim where you play as one of these cute little people in a cute little town and even when you aren’t playing time keeps on ticking away in the game world. A day in Animal Crossing is a day in the real world, so even if you don’t play the game for a month (or a year or a decade) life goes on in your village.

It’s a neat concept and I’m determined to give it a shot now that it’s coming to the Nintendo Switch. If I can find the time with all these other games! 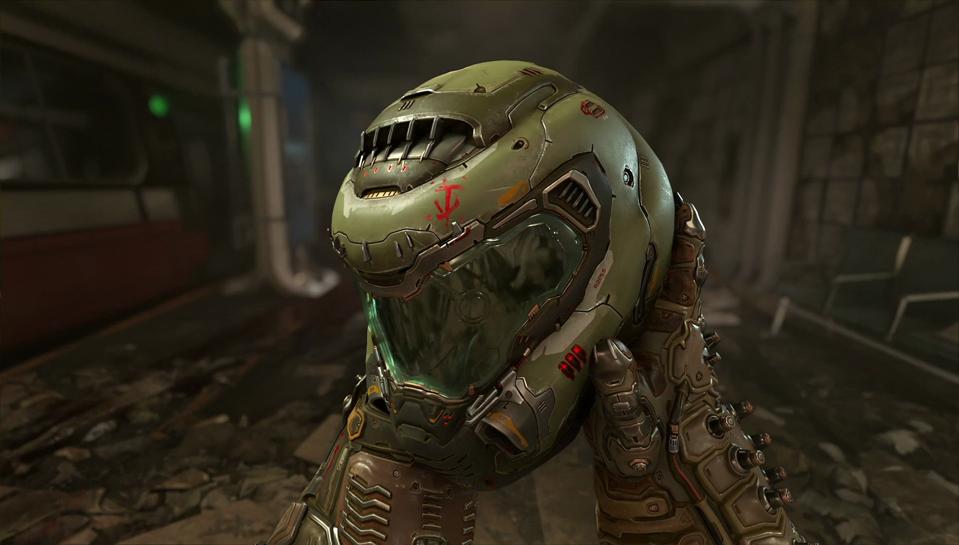 This is a two-for-one, though only for the purposes of this list. You’ll have to buy each of these games separately. I’m very much looking forward to both DOOM Eternal, the sequel to the excellent DOOM reboot, and playing DOOM 64 which I never actually played. I played the original games on PC but didn’t actually own a Nintendo 64 back in the day.

The rebooted DOOM brought new life into a franchise that had stalled. Fast, funny, grotesque, with big maps and awesome adversaries—not to mention the new melee finisher mechanic—it was just great all around. I hope Eternal doesn’t drop the ball. I don’t think it will, but these things happen all too frequently in video games.

Check out Doom Eternal on Steam.

*DOOM Eternal is coming to Stadia, not DOOM 64. 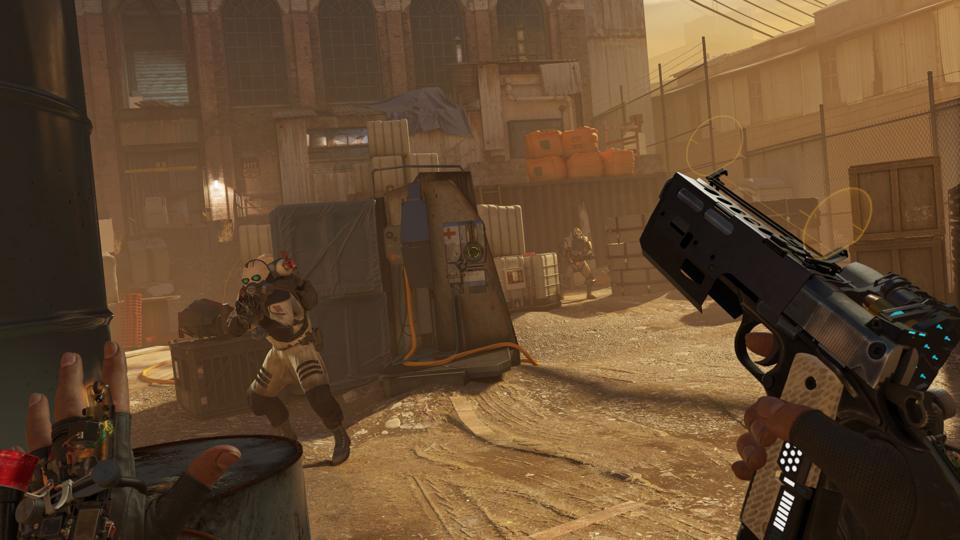 The second Half-Life game of the month is a prequel to Half-Life 2 and you play as Alyx Vance, Gordon Freeman’s friend and ally in that game.

It’s also a VR title, because of course Valve would make a VR Half-Life game instead of, I dunno, Half-Life 3 maybe?

I mean, I’m still excited for this one. Truly. I think it’s probably going to be one of the best VR games made so far. I’m just not a huge fan of VR. It’s mostly a novelty to me and even though it’s cool, I still prefer traditional gaming and would love a new Half-Life game on PC (so I guess it’s good that Black Mesa is finally officially launching).

I complain, but I’m genuinely excited. I had given up hope on this franchise (and on Valve actually making new games I want to play) but I was wrong. There is hope, after all. Take note George R.R. Martin fans. The game also supports modding so expect some cool user-generated content down the line.

In any case, here’s the trailer:

Check out Half-Life: Alyx on Steam. 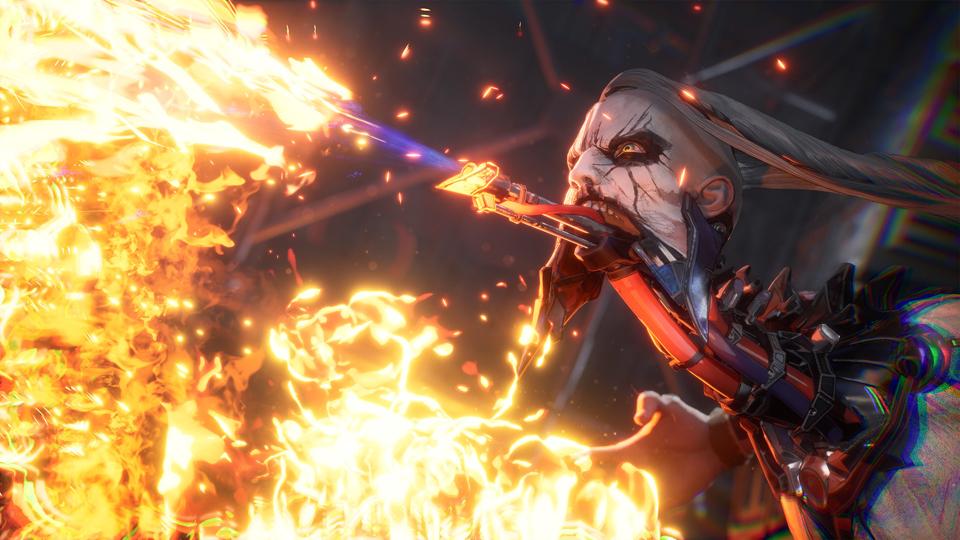 Ninja Theory’s online brawler Bleeding Edge looks like bloody good fun. Highly stylized, fast-paced third-person action, a colorful cast of heroes to choose from, and a mixture of melee, shooting and crazy powers (one is a guitar solo) combine into something that looks like a lot of fun. Reception to the recent Closed Beta was mostly positive from what I could tell (I missed this one, sadly) and I’m excited to play it next month. 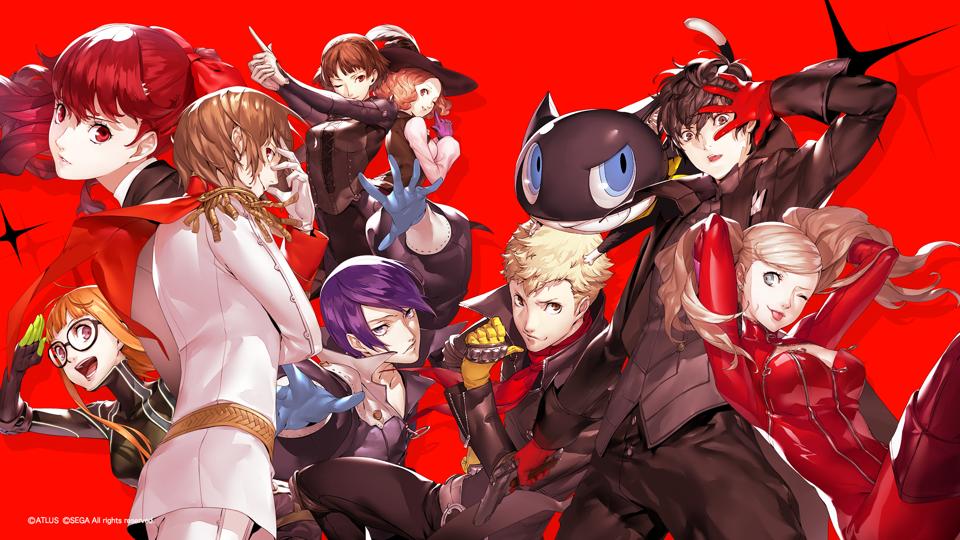 Persona 5 was terrific and Persona 5 Royal will be all that and more. It adds new characters, new Personas, a new semester and tons more content to the original.

If you’re not familiar with the series, it’s one of my very favorite JRPG franchises. You play as a high school student and much of the game is set in Tokyo where you’ll hang out with friends, go to school, help out at the coffee shop and study. Oddly, none of these mundane activities are boring since you’re always managing your time and making choices.

But the real fun starts when you head into supernatural “palaces” where you’ll face off against demons using the magical Personas in your roster. It’s a stylized, strategic and insanely addictive game with a great story and great characters. If you’re not boycotting it over a small change to two of the game’s more tasteless scenes (and that’s your loss, I suppose) you can look forward to playing Persona 5 Royal in just a few weeks—but only on PlayStation 4. 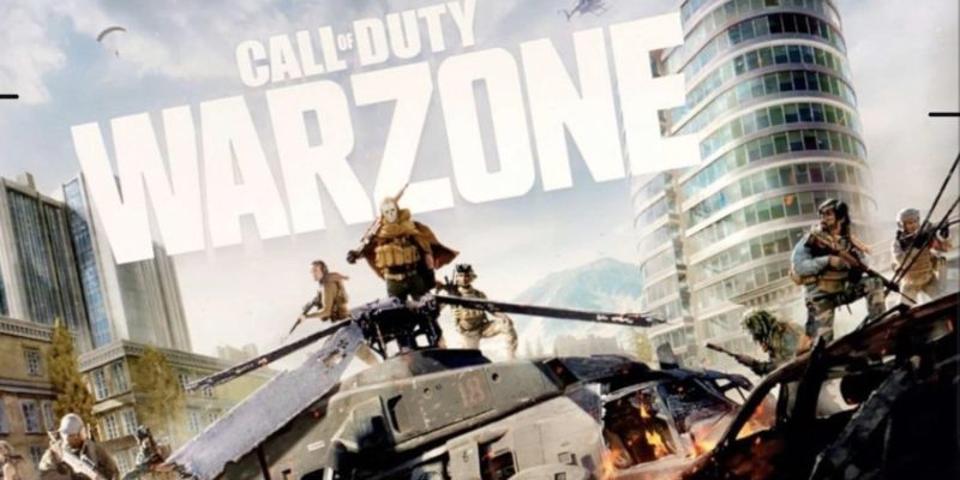 Okay, so this is the one game on the list that may not actually release in March but I had to include it anyways because right now I’m still obsessively playing Call of Duty: Modern Warfare. Warzone is the new Battle Royale mode coming to that game, though it’s rumored to also be a stand-alone free-to-play game. Take all that with a grain of salt, of course. I also hear it will support 200 player matches, but we’ll see.

Theoretically the game could release as early as this coming Tuesday, but it could also release later in March or even later in the year so stay tuned.

There are other games releasing in March—far too many to count given how many games release on Steam, Switch and mobile, and far too many of those shovelware—but these are the ones I thought were worth highlighting. If there are others I’ve missed, whether you’re a gamer or a dev, please hit me up on Twitter, Instagram or Facebook and I’ll take a look.