Breaking
Looking To Improve Efficiency In Your Business? Here’s...
AI and machine learning for business
How Social Media Changed the World
Shopify: The Pros and Cons
Should your business go green?
Expanding Your Business Into Spain: What You Need...
Essentials For Your Office Coming Out Of COVID-19
What Can Marketers Learn From Digital Cults?
Why NASA’s James Webb Space Telescope Will Never...
Increasing HR Effectivity and Efficiency through Software Solutions
The Difference Between Building A Startup In Bull...
Fluor Corp Ranked Among Today’s Top Shorts
Common Pitfalls to Look Out for When Buying...
Will the Olympics go ahead this year?
Pack Up the Big Top: Insights from MozCon...
Best WordPress Themes for Blogs
Home Business The Trump Administration’s Buy American Drug Mandate Is A Costly Mistake
Business 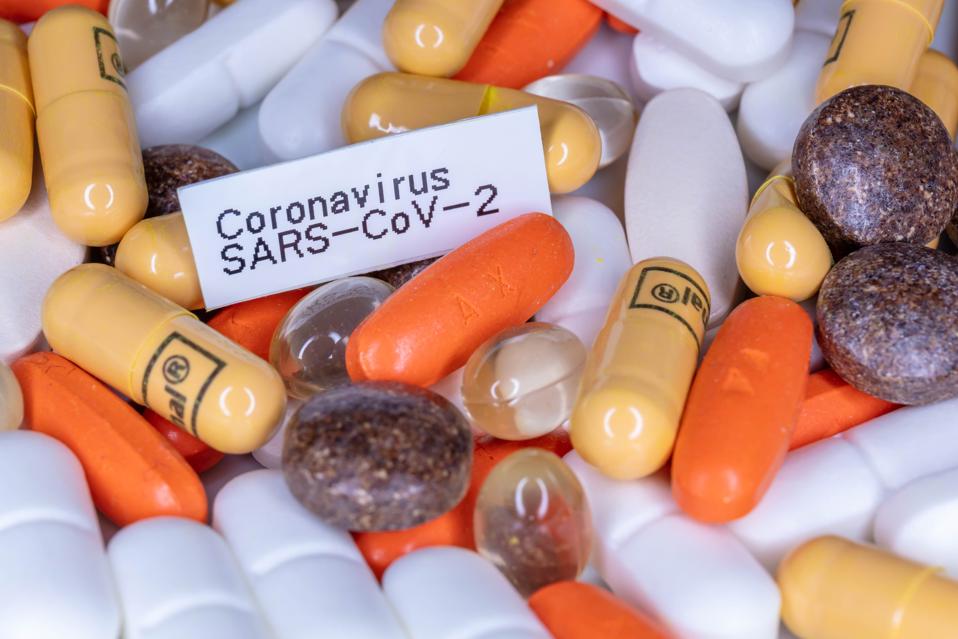 The costs of economic fallacies are magnified during times of crises. Unfortunately, the Trump Administration’s trade fallacies are not only threatening our economic well-being, they are now putting people’s lives at risk.

It is becoming politically incorrect to recognize that the expansion of international trade has helped Americans live better, more prosperous, lives. But, that does not change the reality that Americans benefit greatly from the global economy. As Dr. Arthur Laffer explained in a 2007 speech on the pillars of Reaganomics at the Heritage Foundation

“You know, if you saw a store that sold you high quality products at low cost, is your first thought, “How can I boycott that store?” [Laughter.] I don’t think so. You know, trade is an integral part of the U.S. prosperity and the U.S. position in the world economy is critical. You know, without China there is no Wal-Mart and without Wal-Mart there is no middle-class and lower-class prosperity in the United States.”

Yet, ignoring the advice of one of his best economic advisers, the Trump Administration is proposing new “buy American” requirements on medicines. The new rules, which would apply to the Department of Health and Human Services, Department of Defense, and Veterans Administration, would require these agencies to purchase “American-made” raw materials, medicines, and vaccines.

This new requirement would jeopardize Americans’ health if implemented.

Ignoring the question of whether the U.S. supply should be sourced globally, or solely from the U.S., it makes no sense to force these changes in the midst of a global pandemic. Right now, Americans are dealing with shortages of coronavirus tests as well as the nonexistence of effective vaccines and treatments.

We will not overcome the current shortages of coronavirus tests by creating artificial constraints on where these vital supplies can be sourced. Similarly, restricting the source of vaccines and treatments will increase the risks that their availability will be delayed. In the face of a global pandemic, shortages and delays mean that more people will become sick, and more patients will face a greater risk of dying.

Instead, the fastest way to create effective vaccines and treatments is to embrace an all hands on deck approach that leverages the collective knowledge and resources from public and private institutions across the globe. The Trump Administration’s proposed mandate would inhibit this goal.

Returning to the question of where the U.S. drug supply should be sourced, mandating that the U.S. supply of medicines should be mostly “domestically supplied” would harm the health of Americans in the future and impose a large cost on the economy for several reasons.

First, random government mandates that limit where medicines and their components can be sourced leaves the U.S. drug supply vulnerable to random disruptions. The threat of random disruptions will lead to a less secure supply of medicines.

Second, as the Dr. Laffer quote emphasizes, the pharmaceutical industry relies on a global supply chain for a reason. The current supply chain creates a more efficient production process that helps the industry produce higher quality medicines at lower costs. Forcing companies to source all production based on political desires not economic feasibility will, by definition, lead to a higher-cost, lower quality, drug supply for the U.S. Given the current push to increase the affordability of drugs in the U.S., it makes no sense to implement a policy that will drive prices higher.

Finally, the proposal fails to account for the reaction of other governments if the U.S. imposed a “buy American” mandate. Just as other countries responded to President Trump’s tariffs by imposing new tariffs of their own, the “buy American” mandates will likely elicit a harmful response from our global trading partners that would negatively impact patients and consumers.

Perhaps their responses will be “buy domestic” mandates on their own pharmaceuticals. Perhaps, these countries will pursue actions against the U.S. because the buy American mandates likely violate our obligations under the World Trade Organization. If these actions are successful, the Administration’s mandates could lead to punishing tariffs on other products, creating even more hardship in the U.S. economy at a time when we can ill afford any self-inflicted wounds like this one.

Whether it is the coronavirus pandemic, or the excessive costs that will hinder the pharmaceutical industry in the long-term, the Trump Administration’s buy American mandates will impose large costs on the U.S. and risks worsening our health outcomes. It is, consequently, important to reject this mandate before the harm from this policy worsens an already dire situation.

‘SNL’ Cancels Amid Coronavirus Concerns: When Will Live Shows Return?