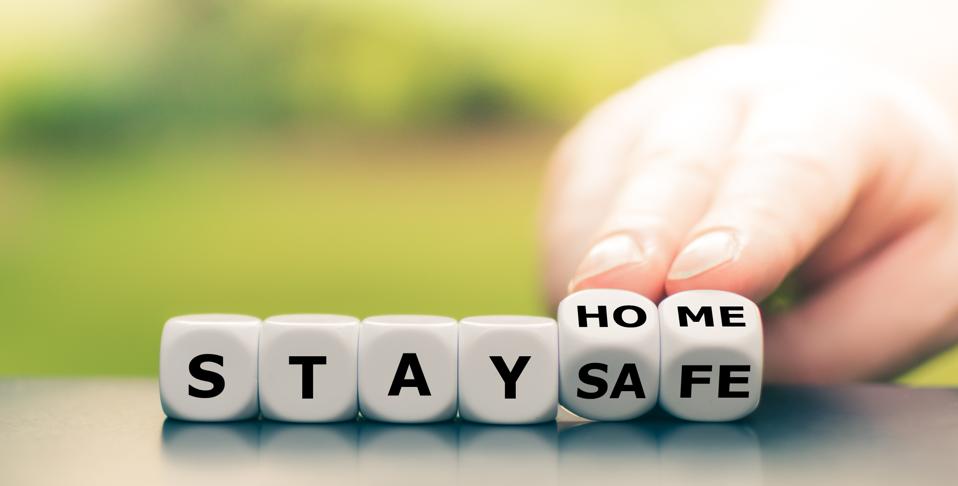 The president apparently believes that compelling anyone to do anything will cost him votes in November. If 100,000 or more Americans die till then, well, it’s China’s fault and the states’ fault and the cities’ fault.

Every plague gets a nickname. There’s the Antonine Flu, the Plague of Justinian, the Black Death, the Russian Flu, the Spanish Flu, the Asian Flu, the Hong Kong Flu, and the Swine Flu, to name a few. These names reference the leader in charge (e.g. Roman Emperors, Marcus Aurelius Antonius and Flavius Justinianus), flu symptoms (e.g., large, blacked lymph nodes), the plague’s initial location, or the plague’s vector.

Covid-19 (the novel coronavirus) is too technical. So, we’ll naturally come up with an easier, more fitting name. President Trump wants to call it the China Flu. But covid-19 has become a far bigger problem in the US than in China. We now have four times the number of cases and three times the number of deaths, with these differentials rising daily. And the reason we have the worst outbreak in the world has everything to do with the president’s inactions. Hence, Americans, at least, may start calling covid-19 the Trump Flu.

The president and his administration first learned of the virus on January 3. The president claims China understated what was happening. But since when did anyone, let alone the president of the United States, trust what China says? Moreover, our intelligence services were warning the president starting in early January about a pandemic. A full month later, on February 2, the president finally banned flights from China. During that month, 430,000 people arrived from China. And since his February 2 “ban,” 40,000 people have reached our shores from China, plenty with unbelievably relaxed screening.

But the principal reason 337,000 Americans have contracted covid-19, almost 10,000 have died, and 100,000 or more are projected to die isn’t primarily due to the president’s initial mistake. It lies with his second major mistake — letting each state conduct its own policy. President Truman had a sign on his desk — “The Buck Stops Here.” President Trump’s motto is very different. It’s “The Buck Stops There.” He views the federal government as simply “backup” to the states. This is an absurd proposition. Letting each state have it own coronavirus policy is leading to responsible behavior in some states and reckless behavior in others. Massachusetts has just closed, while Georgia has just opened, its beaches. In the absence of a coordinated, uniform national policy, states are starting to seal themselves off. This will destroy interstate commerce in short order and make it even more difficult to restart the national economy.

The president, back in January, should have ordered the entire national to shelter in place for three weeks and used the military to enforce his order. At that time, the prevalence rate was extremely low. So he could have ordered highly efficient group testing of all Americans after the three weeks — testing to be repeated each week and also to be conducted by the military — to readily and safely release virtually all Americans from quarantine.

This policy — routinely testing all Americans and giving those testing negative green bracelets that turn red afterThe president apparently believes that compelling anyone to do anything will cost him votes in November. If 100,000 or more Americans die till then, well, it’s China’s fault and the states’ fault and the cities’ fault. one week, while maintaining all households with one or more positive members in quarantine — is the only failsafe way to save lives and get the economy back to work. It’s the only end game that will work. And the longer we wait to effect it, the harder it will be to implement. The reason is that the longer we wait, the higher the infection rate and the lower the efficacy of group testing, i.e., the more testing that will be needed.

Letting infected people into the country was a huge mistake, and imposing, to this day, no uniform, enforced federal quarantine policy vastly compounded that mistake. Doing what the president appears to have in mind — encouraging everyone to return to work at the end of April — will simply ensure another terrible outbreak.

There are only four end games to this plague. There’s a vaccine, which will likely take over a year. There’s herd immunity, which will entail most people getting the virus, which means massive numbers of deaths. There’s clearing people who were infected via an antibody test, but this too requires letting most people get infected. And there’s testing everyone every week, but doing so by testing groups of households at a time to dramatically economize on tests.

Germany and Israel are now doing group testing. We’re not because of one reason and one reason only: the president’s focus on his re-election. The president apparently believes that compelling anyone to do anything will cost him votes in November. If 100,000 or more Americans die till then, well, it’s China’s fault and the states’ fault and the cities’ fault.

It’s everyone’s fault but the president’s. This failure to lead is why the Trump Flu will likely be the name that sticks. On the other hand, if the president finally picks up the ball and runs with it, by ordering up the military to organize universal, continuous group testing, it will be his finest hour and the Trump Flu will bear his name not because he destroyed our nation, but because he ultimately saved it.

The New Rules Of Money-Making In The Covid-19 Era

Should College Football Become A Non-Contact Sport? A...