Breaking
Three Essential Components of a Successful Small Business
Pandemic Pet Adoptions Add To Chewy’s Tailwinds, But...
How to Use LinkedIn’s Social Selling Index Like...
Strong Revenue Trend Could Drive EXACT Sciences Corporation...
9 Things To Know Before Starting A Business
‘Game & Watch: The Legend Of Zelda’ Will...
The 9 Fundamental Components Of A Startup Pitch...
How to Get Results from Broken Link Building
Florida Supreme Court Tells The American Bar Association...
How to Write Perfect Paid Social Media Marketing...
How Restaurants Can Design a More Sustainable Food...
Expenses That Small Business Owners Need to Be...
How You Can Make Saying Goodbye To The...
Biden To Meet Royal Family At Cornwall’s Eden...
It’s Going To Be Emotional — Going International...
Peer Mentoring For Students: STEM & Buds
Home Finance The U.K. Just Said No to EU Socialism. Will U.S. Voters Do the Same in 2020?
Finance 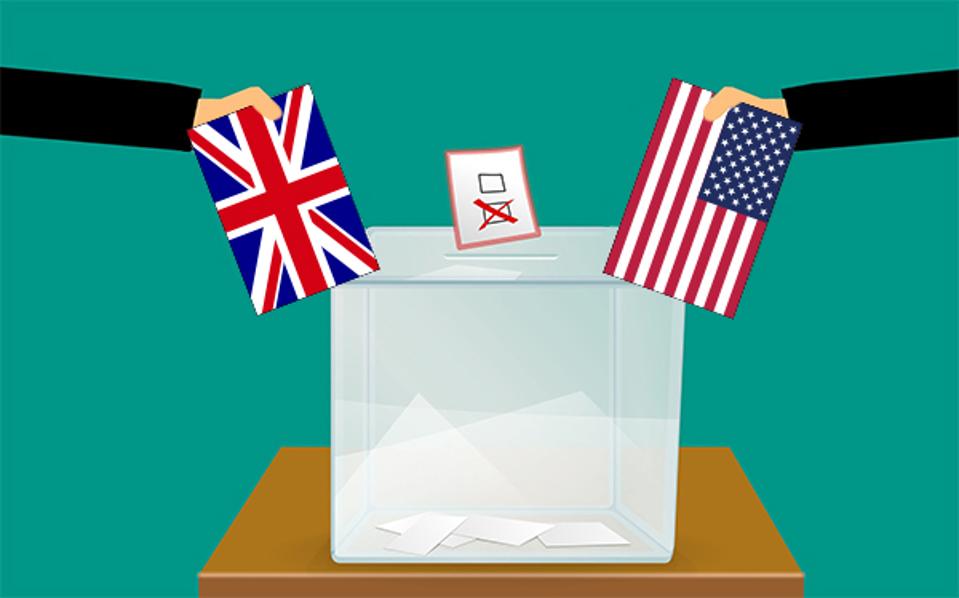 Let’s begin with a thought experiment.

Imagine you wake up tomorrow from a three and a half-year coma. Everything that’s happened in the meantime—the election of Donald Trump, impeachment, Brexit and more—is a complete mystery to you.

Now imagine that I try to catch you up on what you’ve missed, but instead of handing you a stack of newspapers and magazines with manic headlines, or logging you on to Trump’s Twitter feed, I show you only the data: leading economic indicators, sentiment indices, stock averages. (The U.S. manufacturing purchasing manager’s index (PMI) is the one exception, which I’ll get to in a second.)

I show you the unemployment rate in the U.S. and U.K., both of which are at decades-long lows. And Britain’s employment rate, at 76.2 percent as of October, is the highest ever. 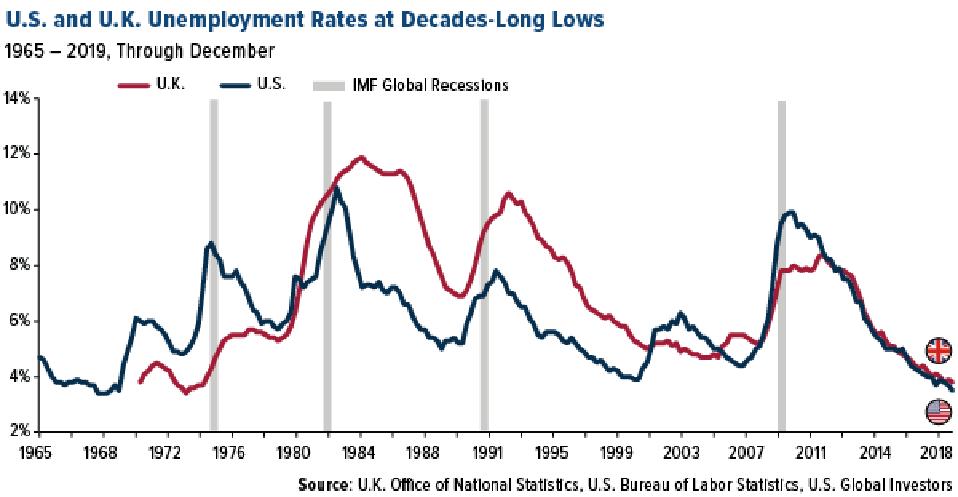 I show you the phenomenal returns for each of the three U.S. stock indices. The historic bull market is alive and kicking, you learn. And with a handful of trading days left in 2019, there’s plenty of room for this year to be the best of the more than 10-year bull run, beating even 2013, when the S&P 500 surged 32 percent. 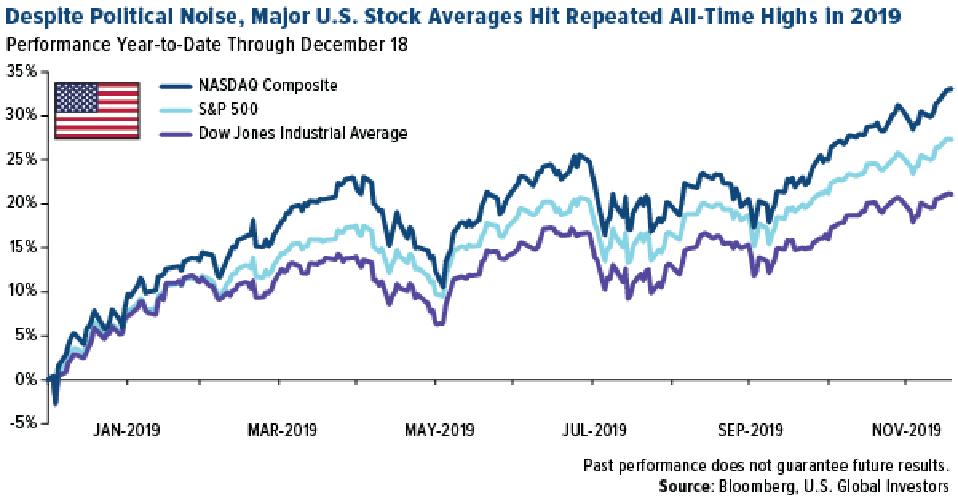 After taking all of this in, you may very well believe, at the worst, that things are just “fine” right now.

At the best, you may think they couldn’t get any better. In some respects, you would be right.

And yet there’s an alarming number of people right now—having been exposed to the breathless, apoplectic headlines over the past few years, and wrung their hands at every crass thing the president has said—who are absolutely convinced that the sky is falling.

To illustrate, a recent Financial Times survey of approximately 1,000 Americans found that a shocking 42 percent believe the stock market is at “about the same” levels as at the beginning of the year. An incredible 18 percent think it’s actually decreased. About two-thirds of respondents say their personal finances have not improved since Trump’s election, even though the market is up roughly 55 percent since then, and average hourly wages have increased more than 9 percent.

Obviously I would never wish a coma on anyone, but you can see why it’s important to follow the trend lines, not the headlines. Spared the pervasively negative bias, a person newly awoken from a three-year sleep would be in a far better position, I believe, to make financial and investment decisions than someone whose outlook has been shaped by the evening news.

As I shared with you before, investors this year yanked a whopping $135.5 billion from U.S. equity-focused mutual funds and ETFs. That’s the biggest 12-month withdrawal on record going back to 1992, and there appears to be little basis for it other than geopolitical noise.

Threats to this bull market exist, but I don’t see Trump’s impeachment as one of them. The Republican-led Senate is unlikely to convict, and so I expect him to survive, politically, to end up on the 2020 ballot. Fortunately for Trump, many Americans vote with their wallets. As long as the economy continues to grow and stocks continue to hit all-time highs, voters may be willing to overlook the president’s shortcomings and give him another four years in the White House. 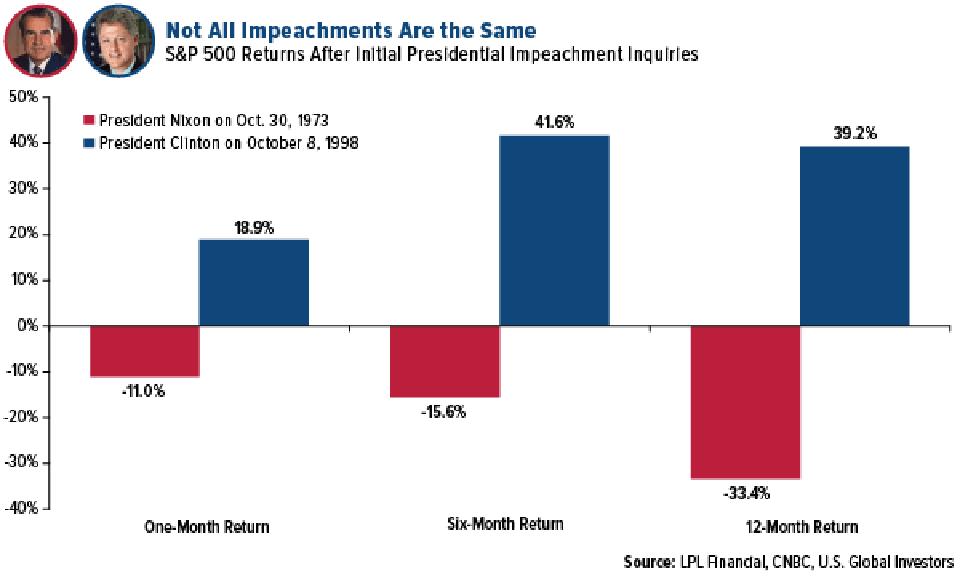 The biggest risk to Trump’s reelection is the sagging U.S. manufacturing PMI. The leading indicator was below the key 50.0 threshold for the fourth straight month in November, making this one of the longest-running periods of month-over-month contraction of the past 40 years. Keep in mind, though, that the weakness is a reflection of the U.S.-China trade war, and if Trump can broach a deal to end the dispute, the PMI should quickly recover, increasing his chances of winning a second term.

A Bellwether From Across the Atlantic

Trump pulled off a similar feat in 2016, if you recall, when he attracted scores of disaffected voters in heavily unionized, Democratic stronghold “Rust Belt” states.

In the U.K., Johnson’s sweeping win can only be seen as a renunciation not just of Labour leader Jeremy Corbyn’s 1970s-style socialism, but of capital-S Socialism in general.

The Brexit referendum more than three years ago was itself a referendum on what I called “a classic case of failed socialism”:

“Defying sentiment polls leading up to last week’s historic Brexit referendum, British voters said ‘thanks, but no thanks’ to excessive EU taxation and regulation, choosing to take back Britain’s sovereignty in financing, budgeting, immigration policy and other areas essential to a nation’s self-identity.”

Brexit and now Johnson’s victory are also part of a macro trend we’re seeing in Europe right now, as hard as it might be to believe sometimes. According to political analysts Giacomo Benedetto, Simon Hix and Nicola Mastrorocco, we’re well past the peak in popularity of democratic-socialist parties in Western European countries such as Sweden, the U.K., Germany and the Netherlands. With a January 31 Brexit looking more likely than ever before, Europe’s slide away from socialism should only pick up further steam. 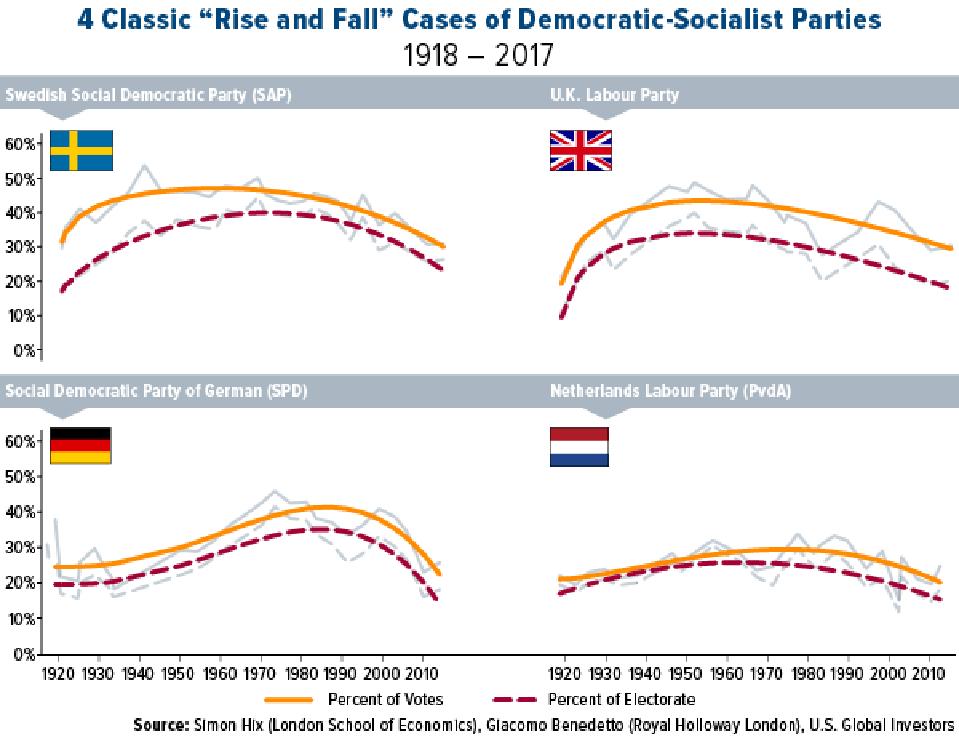 If I were the Democratic National Committee (DNC), I might be rethinking the possibility of putting up a socialist leaning candidate against Trump.

To all of my readers, new and old, I wish you a Merry Christmas, Happy Hanukkah and Happy New Year! May 2020 bring you good health, happiness and great fortune!

If Boeing Wants A Better Future, It Needs To Look To Its Past