Breaking
Zynga Stock Looks Attractive At $9
How Russian Thieves Use Dark Web To Get...
France Off Travel Corridors And FCO Exempt List
Ask Ethan: Why Are The Moon And Sun...
When To See The Moon And The Planets...
IRS-CI Involved In Largest-Ever Seizure Of Terrorist Organizations’...
The Check Really Is In The Mail. After...
Epic Games Vs Apple: Why You Won’t Be...
Senator Kamala Harris Proposed A Bold Tax Credit...
Deal Terms To Reduce The Risk When Buying...
Multiple Sclerosis Drug Shows Promise For HIV Prevention...
The Neglected Piece Of Retirement Planning
It’s No Longer A Viable Option For Capitalism...
Virtual Credit Cards: An Extra Layer Of Protection...
Lessons From The Rainforest: Human Health Leads To...
Four Easy Ways To Bolster Your Company’s Reputation
Home Technology The U.S. Has Repatriated 50,000 Americans Stranded Abroad By Coronavirus Lockdowns
Technology

The U.S. Has Repatriated 50,000 Americans Stranded Abroad By Coronavirus Lockdowns 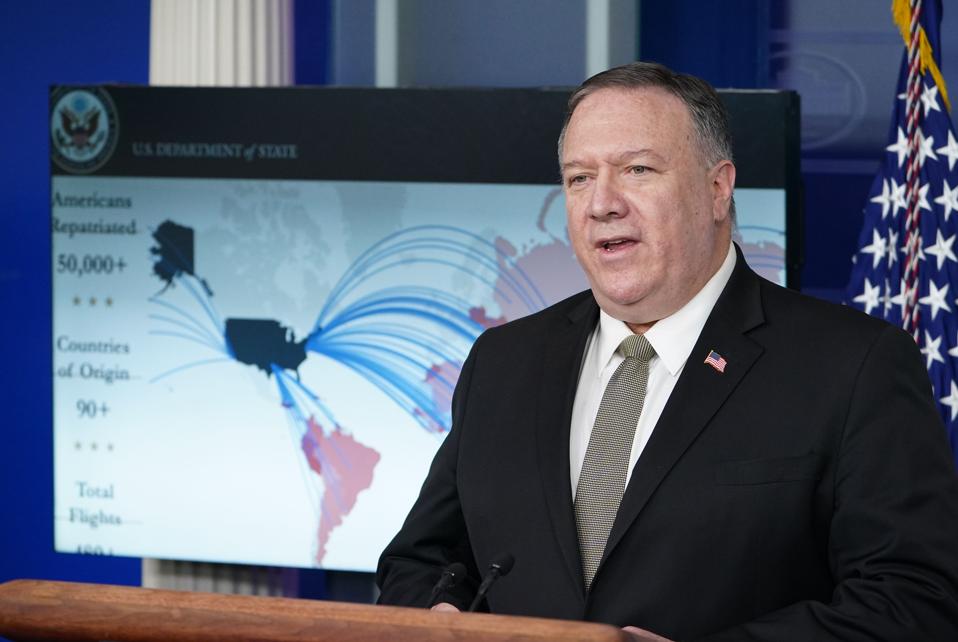 Toplines: During the daily White House briefing, Secretary of State Mike Pompeo shared that the State Department has repatriated 50,000 Americans stranded by lockdowns in countries abroad since January 29.

Key Background: There are now 1.5 million cases of the coronavirus worldwide, with 88,338 reported deaths. According to Johns Hopkins University, the U.S. leads the world with 429,052 cases of the coronavirus, representing about 28% of total cases. According to Agence France-Presse, about a third of the world’s population is under some form of lockdown.