The United States Desperately Needs Inflation And You Need Gold 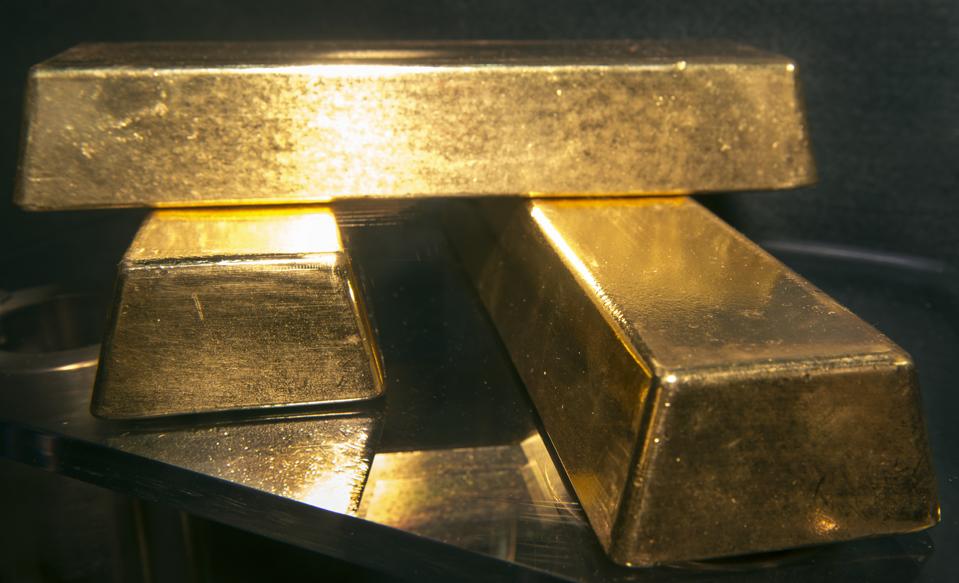 The United States fiscal and monetary worlds have entered a paradigm shift. Hard money, the Gold standard, fiscal austerity, the Federal Reserve as liquidity provider at a penalty rate with strong collateral: all of these are now squarely in the rear-view mirror. We have further moved on from ZIRP (Zero Interest rate policy), past Quantitative Easing (QE – AKA money printing), and have entered the world of Modern Monetary Theory (MMT). What is MMT? The federal government, through the Federal Reserve, prints as much money as politicians need for whatever purpose, and when you get inflation you tax the rich to slow it down. I am not a curmudgeon. I realize this is a unique national emergency, but as predicted by some when the Fed was founded (1913), there will be no easy return from money printing to finance federal debts. By the way, if this stuff worked, Germany would have statues for Weimar Republic President Ebert, and El Presidente Maduro of Venezuela would be guest lecturing at Harvard Business School.

For years, prognosticators and politicians looking at the ballooning debt and deficits thought we could grow or tax our way out of trouble. Not anymore: The only way out of our ballooning fiscal crisis is to engender some inflation while the Federal Reserve keeps interest rates well below the nominal growth rate of the economy. It is the Fed playbook from WW2 – but on steroids. We came into this virus war with $23T of federal debt and we will probably exit the fiscal 2020 year at close to $30T. And it doesn’t end there, the CBO still predicts $1T deficits as far as the eye can see. Who knows what state and local governments will add to their debt piles? Moreover, our underfunded pensions also need some real help. The effects of this recession will lay bare all these problems and only one solution: Make a trillion seem like a $100 bn through inflation.

The Federal Reserve is already starting the heavy lifting. In the last three weeks, they have printed up $1.4T fresh new dollars out of thin air. (B of A calculates that as something like $1M/minute). Time to order new print buttons because Evercore ISI guestimates the Fed balance sheet, now at $5.7T, could double by July. At that point their balance sheet would be at 50% of GDP; way back in 2008 that number stood at 5%, where it had been for a long time. The paradigm shift is on.

I am a firm believer in not fighting the Fed, and I won’t start now. If the Fed wants more inflation, I want more gold. Our portfolios have had 5-10% for a while now and we are moving up to 15% – but 20% is not out of the realm of possibilities. I want it before the inflation arrives. The great hockey player Wayne Gretsky said “skate to where the puck is going to be, not where it has been”. Gold will be where the money supply (m2) and inflation will take it. CPI is still a distant dream for the Fed, but the M2 money stock is exploding and gold will follow that up. M2 money stock can be followed weekly by visiting the St Louis Fed website. Back in the ‘80’s, macro nerds, like me, would wait for the numbers to come out before making asset allocation decisions. We were fighting inflation then and winning. Maybe the releases will get some attention again.

Investors are quickly catching on. According to Bloomberg, there are now 91.2M ounces of gold in all ETFs worldwide. At gold’s 2012 peak, that number was 82.5M ounces. The price peak that year was in the $1900s. Commercials, which are miners and jewelry companies, are also net long gold futures which is rare after a strong rally. Perhaps most importantly the CEO of Canadian gold miner Novagold recently said; “What we’ve seen in the gold industry is that gold production has effectively peaked”.  We have a good shot at new highs soon, after which we will go as far as the Fed is willing to take us. Prepare for the new paradigm.

‘Borderlands 3’ Is Giving Out New Loot If You Help Them Map The Human Gut Microbiome, Wait What?