Breaking
The Ultimate Guide to Saving Money
Lights, Camera, Action—Is There A Post-Covid Future For...
7 Ways to Reduce Human Errors in Your...
How ‘Couples Therapy’ Used Technology To Cope With...
Can You Settle Your Student Loans Or Negotiate...
How to Use Amazon Attribution For Ad Campaigns
What are the Makings of a High-Quality Link?
How To Quickly Start And Scale Your Business
Terra Virtua: What NFTs Can Teach Us About...
5 Easy Steps To Prepare Content For E-A-T...
Physical Inactivity Linked To More Severe Covid-19 Infection...
The 2021 Estimated Tax Dilemma: What Tax-Return Pros...
Want To Digitally Transform Your Business? Start With...
How to Optimize Google My Business and Leverage...
Debunking Link Building Myths in 2021
How, When And Where You Can Gaze At...
Home Technology The Universe Is Very Slowly Dying As Scientists Helplessly Look On
Technology

The Universe Is Very Slowly Dying As Scientists Helplessly Look On 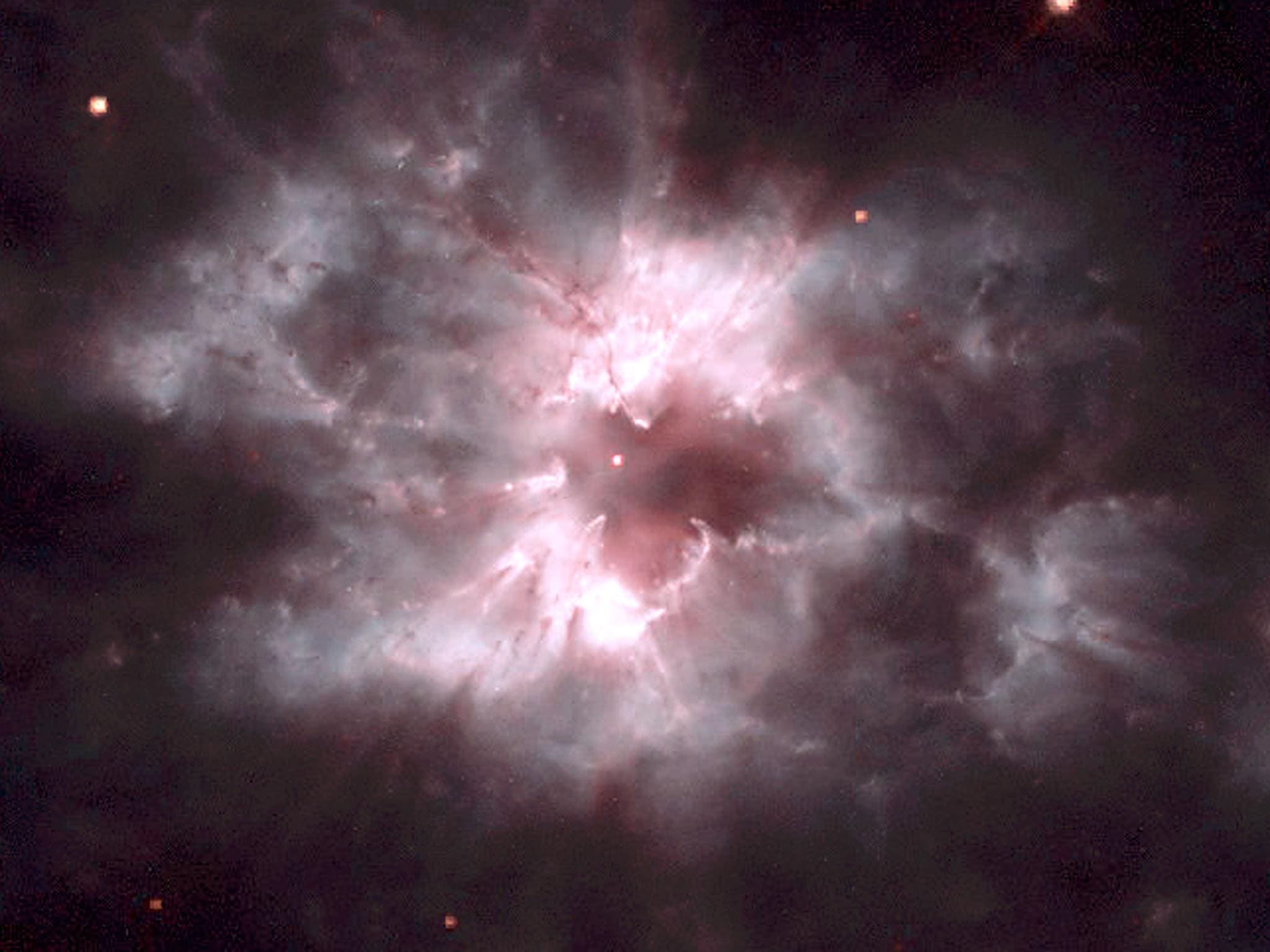 The Universe, as it is today, is less active, is forming fewer stars, and is creating fewer chances for new life than ever before. To put it bluntly, the Universe’s best days are not only behind it, but things are getting progressively worse and worse as time goes on. As we extrapolate what’s going to happen farther and farther ahead into the future, we’re left with one and only one predicted outcome: the Universe is going to wind up completely dead, with no means of extracting energy in the future. We’re going to reach a state of maximal entropy, which corresponds to the “heat death” of the Universe.

It might sound shocking, particularly given the fact that we can even see regions where new stars are forming with our naked eye, but it’s true. Not only are we, as humans, helpless to do anything about the fact that the Universe is dying, but our only hope for a different outcome is if the laws of physics are different from what the best evidence we have points to. Here’s the evidence we have that our Universe is already hurtling towards its demise, and the little bit of hope that remains.

There are all sorts of different ways to look at the Universe, and to quantify what’s already occurred versus what’s remaining ahead of us. We can examine:

By every one of these metrics, the Universe is closer to its ultimate demise — and a totally “dead” state — not only than ever before, but than most scientists and laypersons alike realize. Most of the “stuff” that will ever happen in the Universe has already happened, as though a firehose of possibilities has been largely exhausted, and we’re down to a mere trickle today. Sure, there might be vestigial drops and droplets that come out even far into the future, but the sobering fact is that the Universe’s glory days are already long gone.

Star formation. When we look at the Universe, it’s still an active place. We have lots of places even in our own galaxy that are actively forming stars, like the nearby Orion Nebula. As a whole, a little less than 1 new solar mass’s worth of stars forms in our galaxy every year. Elsewhere in the Universe, there are plenty of galaxies with much larger star formation rates, including:

all of which trigger enormous bursts of star formation. In the most extreme case, the entire galaxy becomes a starburst galaxy: where the whole thing becomes one giant star-forming region. If we look ahead to our own future, we’re headed for a major merger ourselves in about 4 billion years — with our neighboring galaxy, Andromeda — and that’s going to trigger an enormous starburst in what will eventually become a combination of the two largest galaxies in our Local Group: Milkdromeda.

Chances for life. This metric might be a little better than the previous one, but not by much. If you want a chance for life in your Universe — at least, life as we presently understand it — you need a rocky world for it to exist and persist on. That world should have a continuous source of energy, like a stable parent star, and it should also have all the raw ingredients we know we need for life on our world: enough of the light and heavy elements to enable the processes we associate with life.

That means the earliest stars, which don’t have those heavier elements, are no good for life, meaning that life had better odds of arising later on. But there’s a drawback to this approach: as far as we understand it, the lightest and most common stars in the Universe, the low mass red dwarfs, are unsuitable for life, as their rocky planets should become tidally locked, will be subject to flaring and atmospheric stripping from the central star, and receive disproportionate amounts of ionizing radiation.

The vast majority of stars that could potentially house life have already formed, and the “trickle” of star formation that awaits us in the far future should produce systems that we presently disfavor for life. Although there are many more chances that will ensue, and they’ll be spread out over many billions or even possibly trillions of years, the overwhelming majority of such chances have already been taken by the Universe.

Star forming material remaining. This one is a challenge, because all you need to form new stars is unburned gas: mostly hydrogen but also helium. Even though we’ve had 13.8 billion years of history, that’s only been enough to shift the balance of our Universe from an initial split of 75% hydrogen/25% helium to approximately 70% hydrogen/28% helium/2% other; the Universe is still mostly hydrogen. When we undergo large star formation events, only about ~10% of that mass forms stars; the rest gets blown back into the interstellar medium, where it can participate in later such events.

But that’s not entirely true. As galaxies gravitate, merge, and form stars, the gaseous material that doesn’t get locked up in stars will get stripped out of the galaxies themselves: ejected into the intergalactic medium. As time goes on, fewer and fewer galaxies appear blue in color — where blue is the color of young, newly formed stars — and more and more of them become red, where no substantial star formation has occurred for billions of years.

Again, star formation reached its peak some 11 billion years ago, and has been declining ever since. There are more “red and dead” galaxies than ever before, and even Milkdromeda, the future giant galaxy that will dominate our local neighborhood, is itself predicted to become “red and dead” after about another 7 billion years. Even though the raw material is there to form tremendous numbers of new stars, in our Universe, most of it will never get the chance, and the next point explains why.

The cosmic race between gravity and the Universe’s expansion. For the first ~7 billion years of the Universe’s history, gravitation counteracted the expansion rate almost perfectly. On small scales, stars, star clusters, and galaxies formed; on larger scales, galaxy groups, clusters, and a great cosmic web began to form. As the Universe expanded, it got less dense, and about 6 billion years ago, it became diffuse enough that we started to experience a new effect: from dark energy. There was a form of energy inherent to space itself, and that prevents the expansion from slowing down further once we reach a certain point.

That means that the gravitationally bound structures that had formed by the time about 7-to-8 billion years had passed are it; from that point onwards, if anything wasn’t yet gravitationally bound, it never will be. Our galaxy groups and clusters today are already fixed; the Local Group will never merge with the Virgo Cluster, the Leo Group, and won’t even remain part of Laniakea, our so-called local supercluster. This is a race that’s already decided; the expansion won and gravity lost. As such,

With dark energy dominating our Universe today, and with that level of dominance only increasing as time goes on, we’ve almost finished forming all the complex structures that will ever form in the cosmos. Unless we’ve got the nature of dark energy all wrong, this is where we are and also where we’re headed.

Entropy. This is an entirely different way to look at things: from the perspective of what we commonly call “disorder” in the Universe, but which more accurately is a measure of either:

Useful work includes things like nuclear fusion converting matter into energy in the cores of stars, the creation of life from non-life, and metabolic processes. Unfortunately for us, the entropy of our Universe has increased dramatically: from S = 1088 kB immediately following the Big Bang to S = 10103 kB today, dominated by the Universe’s supermassive black holes. Unfortunately, this trend will continue until entropy reaches a value of ~10120 kB, and when those black holes decay from Hawking radiation, there will hardly be any useful work that can be extracted from them. There just isn’t a whole lot to look forward to compared to what has already transpired.

Energy-releasing events. Yes, nuclear fusion will continue in stars, particularly in the lowest-mass stars, for trillions and trillions of years. Stars and stellar remnants will merge together over time, re-igniting nuclear fusion, leading to novae and supernovae, and setting off gamma-ray bursts and other transient, energy-releasing events. Galactic nuclei and other mass sources will rip matter apart, creating tidal disruption events, while feeding black holes will accelerate matter and release radiation. There’s lots and lots of this still ahead of us in our cosmic future.

But once again, the majority of energy that has ever been released by these processes has already been released, and there’s a competing factor that prevents more objects from experiencing these sorts of cataclysms: gravitational interactions between objects. Over time, the heavier-mass objects sink to the center from the exchange of momentum and angular momentum, but lighter-mass objects get kicked out: a process known as violent relaxation.

Even though, if you left everything alone, stars and stellar remnants would all eventually run into one another within an object like a galaxy, this process ensures that, after about 1017 years go by, most of the objects that could undergo these cataclysms, eventually, would instead be kicked out. Meanwhile, the timescale for these cataclysms is, on average, thousands of times longer than that. Most of the Universe’s stellar remnants will simply wind up in intergalactic space, driven apart from one another by the eternally expanding Universe.

And yet, there’s still so much to observe and explore. There still are new stars being created, and will be for trillions of years. Energy is still being extracted, metabolic processes continue to occur, new planets are forming, and many new chances for worlds with life come into existence even in our cosmic backyard with each new year that passes. But unless we’ve gotten something wrong about the nature of dark energy — unless it evolves or changes sign in the future — most of what will ever occur in the Universe has already come to pass. The Universe may be dying in a metaphorical sense, but as long as there are stars, gas, and galaxies interacting and evolving, it will remain far from dead. It’s up to us, while we’re here, to learn as much about it as we can.

NASA On The Cusp With $967 Million Mission To Weird ‘Psyche’ Asteroid Worth 75,000 Times Our Global Economy