The Weeknd, Mariah Carey And Jonas Brothers: 5 Important Moves On This Week’s Hot 100 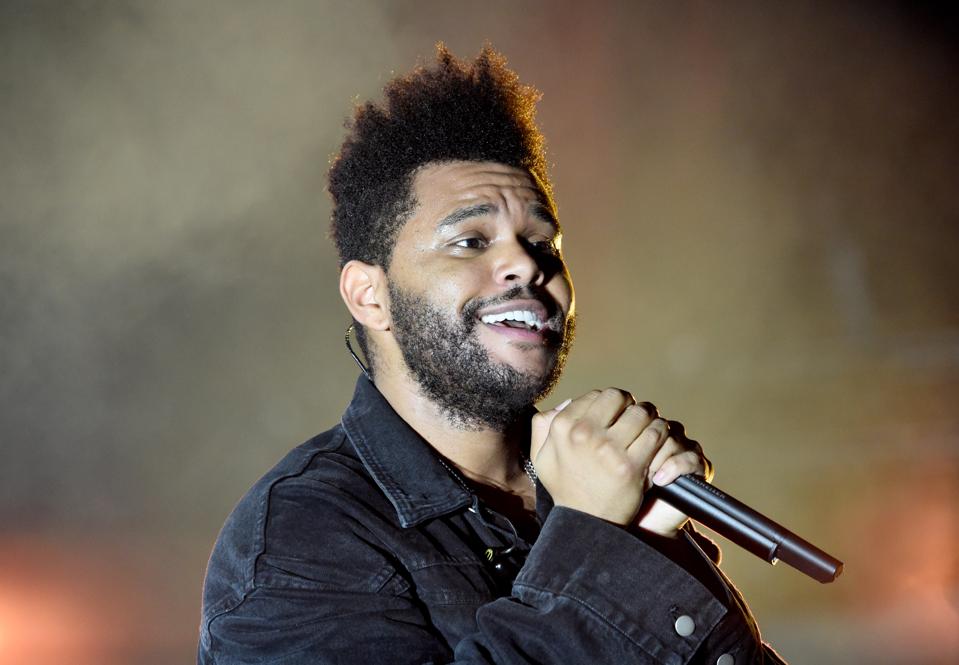 NEW YORK, NY – SEPTEMBER 29: The Weeknd performs onstage during the 2018 Global Citizen Festival: … [+] Be The Generation in Central Park on September 29, 2018 in New York City. (Photo by Kevin Mazur/Getty Images for Global Citizen)

As holiday smashes begin to properly invade the Hot 100, a handful of other cuts manage to do well in an even more competitive environment than usual, and one of the most powerful names in R&B claims a pair of the loftiest spots on the ranking, including the highest there is.

It only took The Weeknd’s new single “Heartless” two weeks to rise all the way to the top of the Hot 100, and that’s only one of its greatest accomplishments. The track rockets from No. 32 straight to the peak position, an impressive and relatively rare jump. The song, The Weeknd’s fourth leader on the all-genre tally, previews an upcoming album, and it’s not the only new effort from the R&B star.

Once again, Mariah Carey’s massive holiday smash returns to the top 10, and while Christmas is still weeks away, the tune is already back at its No. 3 high point, which it established last year. While it faces tough competition from the two tracks that appear before it, “All If Want For Christmas is You” currently stands the best chance it ever has of rising all the way to the top of the Hot 100.

The beloved pop cut also leads a slew of Christmas songs which find space on the Hot 100 as the day approaches. Nine of them appear inside the top 40, becoming hits all over again.

As he claims the throne once again, The Weeknd’s even-newer single “Blinding Lights” enters the race at No. 11, barely missing out on becoming his tenth top 10 on the Hot 100. Instead, it settles for being his twenty-first top 40 on the list, and if it can hold on until the holiday tracks that are currently rising the ranks begin to fall once again, the tune may lift into the uppermost region.

Last week, Idina Menzel debuted two songs from the Frozen II soundtrack on the Hot 100, and this week, as the album they’re featured on climbs to No. 1 on the Billboard 200, both tracks lift. Leading the way is Menzel and Aurora’s “Into the Unknown,” which hits a new high of No. 46 after starting at No. 55, and it may continue to perform better and better. Menzel’s other song, “Show Yourself” with Evan Rachel Wood, rockets from No. 99 to No. 70.

Of the 14 Christmas songs on this week’s Hot 100, just one is brand new to the tally. The Jonas Brothers’ just-released single “Like It’s Christmas” launches at No. 72, giving the brotherly trio their twenty-first appearance on the chart and their fourth of the year.

Inside The NASA Spacecraft That Will Take The...

Despite Loss To Texas Tech, Louisville Is Among...

Here Is How To Find Real Problems And...

Anyone For A Free Lunch? Subway Gives Away...

Hard Boiled Eggs: What May Be Behind This...