Breaking
The 5 Biggest Mistakes Companies Make With Chatbots
Weird Market Dynamics: 3 Reasons Ethereum Is Dropping...
Silver Shines, Says Citi, Tipping A 60% Price...
Report: Lawyers Unable To Locate Parents Of 545...
In Need Of A Competitive Edge? Look To...
Think Small: Timely Picks To Capture The Reawakening...
Patient Gets Covid-19 Swab Lodged In Her Lung...
Nine Signs You’re Not Being Effective During Your...
Chromebooks Can Now Run Windows 10 – Find...
Will Biden’s Tax/Benefit Plans Help/Hurt You And The...
This Fashion Brand Turned A Stripe Into A...
On CRM: Salesforce Has Finally Fixed Your CRM...
Shots In The Dark: Why Access To A...
The Case For A Better ROI From Virtual...
What Building Wealth Really Takes In Business
Building A Circular Economy In New York City...
Home Finance The World 2.0: Is Coronavirus The Great Disrupter?
Finance 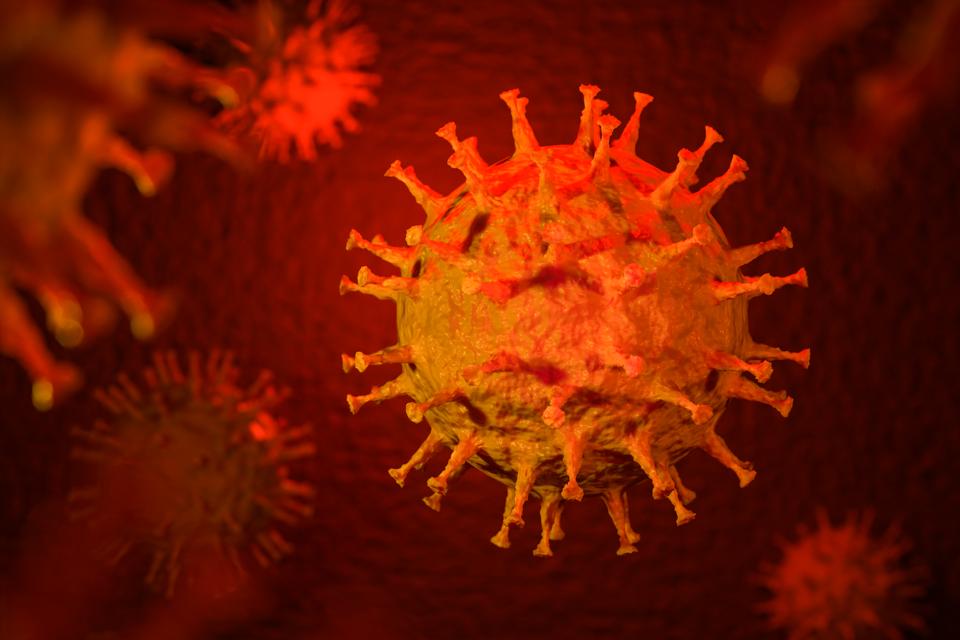 It has now been more than 4 weeks since the World Health Organization declared the novel coronavirus a pandemic; 28 days since president Trump declared it a national emergency; and 14 days since the largest economic and tax relief bill in history.  A period that will prove a historical blip, though one that will live in infamy, the coronavirus pandemic shows signs that it may be a great disrupter, reshuffling economic and social structures.  And the tax code might just play an interesting role.  Welcome to the World 2.0.

In a weird sense, never has more—and never has less—happened in such a short period of time.  This World 2.0 is a world filled with things like “social distancing,” zoom meetings, and virtual play dates.  A brave new world where, unlike war-torn generations before, we are called upon to discharge our civic duties by sitting idly on our collective couches, searching online deals and queuing up Amazon orders for doorstep delivery.

The Congressional response to the coronavirus outbreak has come in phases.  Phase 1 was the Coronavirus Preparedness and Response Supplemental Appropriations Act, an $8.3 billion emergency funding bill to spur vaccine research and development.  Phase 2 was the Families First Coronavirus Response Act, a $100 billion-plus package delivering paid sick leave and unemployment benefits to workers.

Then came Phase 3: The Coronavirus Aid, Relief and Economic Security Act, or CARES Act, a monumental act representing the largest economic relief bill in history.  As covered here, the CARES Act provides an array of tax breaks, retroactive amendments to the Tax Cuts & Jobs Act of 2017 (the “TCJA”), immediate rebates, and expanded loan relief to small businesses designed to foster employee retention in the face of a looming recession—one of potentially epic proportions.

And the bad news?  The cold-hard fact that it may not be enough.  While the CARES Act’s eye-popping, $2 trillion-plus price tag is close to 10% of U.S. GDP, it may not be sufficient to stop the domino-like string of defaults, bankruptcies, and unemployment that is poised to come.  Yes, the Act will likely blunt the current economic freefall for a time through its tax provisions and loan relief.  But more may be required to save a pandemic-stricken economy from recession.

The CARES Act has been compared to the 2009 American Recovery and Reinvestment Act.  But it is fundamentally a different animal; it is more of a relief act than a stimulus.  The Obama-era legislation was targeted at addressing a systemic credit bubble that gave rise to the Great Recession.  The coronavirus-induced economic downturn is different—it combines both a “supply-” and “demand-side” shock.

Indeed, supply chains have been disrupted; businesses and borders closed.  Industrial output has dropped, and bottlenecks have formed in the system.  At the same time, demand is down—people are cutting back on spending for fear of contagion and concerns over job security.  Injecting the momentum to stop this economic plunge has required a wartime-like mobilization of capital and relief.  It will also require some less tangible properties: courage from employers, and trust from employees, if it is to prove successful.

The economic rise over the past few decades—indeed, since the dawning of societies—has been built on the relentless march towards globalization.  From the Silk Road, to the discovery of the Americas, to jet planes and the internet, the inexorable force of globalization has given rise to economic expansion the world over.  It has created interconnected supply chains, cross-border partnerships, and complex business relationships that span across continents.  Now, that trend threatens a sharp retreat; and with it, the complex of relationships that grew up alongside it.  Deglobalization, so to speak, will be a buzz word in the year to come—as will force majeure.

The news, however, is not all bad.  Unlike many past recessions, this one has a discrete cause and a finite, if not predictable, timeline that will come to an end.  While it has grown out of a deeply embedded fear of the unknown, its cause is eminently knowable, if not known.  Yes, there will be after-effects that will reverberate for months and years to come.  But hope springs eternal, and the world along with markets will rally at the first signs of lasting recovery.  That is because there is nothing fundamentally wrong with our economy.  It is under attack from an exogenous foe, not rotting from within.

But we will, of course, face serious challenges.  First and foremost: cash flow.  Liquidity will be the name of the game.  The typical small business has enough cash on hand to last roughly two weeks.  While they may have saved for a rainy day, they have not saved for a rainy month or quarter.  Small businesses with slim margins are simply not built to survive a prolonged period of economic stagnation.  They need cash to weather the storm.  The CARE Act’s PPP loan program provides a needed lifeline for many small businesses.

But our economic infrastructure is sound.  Fiscal and tax policy simply need to ensure that businesses have the ability to keep their workforces in place so that they can go back to functioning when the storm subsides; to restore the status quo ante and ease the otherwise abrupt transition to this World 2.0.  A unique combination of tax and fiscal policies is driving this effort.

Our tax code is much more than a revenue-raising tool. It has long been an instrument of social and economic policy.  In fact, one could make a pretty cogent argument that it had a major influence on a host of seemingly unconnected social phenomena.  Take, for example, urban sprawl—just to prove a point.  The tax code, through exclusions, historically made the gain on a principal residence tax free for many taxpayers, encouraging investment in more and bigger houses.  At the same time, it provided tax incentives for the production and sale of oil and gas, making it cheaper, and cutting down on the cost to commute.  These effects certainly facilitated an urban exodus into suburban America.  More could be said on this, but the point is that the tax code has long played a part in shaping social and economic activity in this country.  It will play a role in moving towards a post-coronavirus world.

In the current environment, the tax code is being used to help businesses and citizens cash in now on future tax “assets.”  The CARES Act allows taxpayers to deduct net operating losses (NOLs) more quickly by carrying them back to prior years rather than waiting to use them in the future.  That creates tax refunds that previously did not exist.  And that moves funds from government coffers into the private sector, providing an immediate cash boost to struggling businesses.

The CARES Act also amended the tax code to allow for immediate “bonus” depreciation of qualified improvement property.  This asset category includes certain commercial real estate improvements and build outs.  Taxpayers that made expenditures on qualified improvement property were previously stuck depreciating that property over an exhausting 39-year period.  Under the CARES Act, they can deduct it immediately.  And what is more, they can go back to 2018 and retroactively amend tax returns to take advantage of this treatment.  Again, this change infuses capital into the economy in real time.  Allowing for immediate deductions also incentivizes businesses to invest in assets that garner this kind of treatment.  That boosts the economy.

The CARES Act eases the ability to deduct business interest payments.  That means that businesses that were previously not allowed to deduct interest payments—payments that are a cost of borrowing—may now be able to deduct more or all of those costs.  This type of tax policy makes it less costly to borrow.  Anytime that you make something cheaper, you incentivize that activity (or at least remove disincentives to engage in it).  Reducing the tax cost to borrow will lead to more leveraging.  That carries a host of potential consequences.  But for the time being, the primary objective behind this policy is to increase deductions and, again, infuse money into the private sector.

The CARES Act provides some taxpayers with tax credits and delays on payroll taxes.  Well guess what?  That makes it easier and less costly to hire and employ people—and more to the immediate need, to keep employees.  Our system has long relied heavily upon payroll taxes, largely because withholding provides a convenient mechanism to ensure high rates of collection.  But this system also imposes a tax on employers for employing people—the very thing that everyone agrees we want to incentivize.  Think about it.  A tax on employing people (a tax on creating and providing jobs) might (and that is a facetious “might”) just have a distortive impact on the job market and, perhaps, the economic growth that its expansion makes possible.

But alas, the issue is a complex one that begs scrutiny into who actually bears the incidence of the tax (the employee or the employer) and the elasticity of labor markets—empirical matters over which reasonable and expert minds can and do disagree.  At any rate, I do not want to get into a whole thing here; only to point out that it is perhaps time that we take a hard look at our payroll tax system.  The current tax policies raised to fight the COVID-19 effect will provide a unique experimental laboratory in which to test and measure the impact from changes to the payroll tax.  And maybe that—a fresh perspective—is the whole point of the World 2.0.

Like it or not, the World 2.0 is here.  Maybe it has been here for a while.  As policymakers struggle to fight back a black swan and galvanize industrial output, they face a gyrating stock market and deeply threatened global economy.  A perfect recipe for change.  Necessity, after all, is the mother of invention, which begat disruption.  So, as we search out tax and fiscal policies to buoy cash-strapped businesses, let’s keep an open mind about what we can learn from this pandemic.  We may not see its likes again.

A Reminder That ‘Fallout 76’ Is About To Become ‘Fallout 4.5’ With ‘Wastelanders’ Expansion