Breaking
The Impact of Internships in Marketing
3 use cases of chatbots for critical services
How To Make Working From Home Appeal To...
Tips on How to Design an Office Space...
4 Tips To Help Build Amazing Customer Relationships
How Are US Pension Funds Responding to the...
Benefits of second-hand cars for your business
4 Reasons Why Your App Needs To Undergo...
Your Guide to Online Marketing
How to find a Solicitor in London
5 car tyre and safety tips for a...
Everything You Need to Know About Corporate Social...
Is Adaptive Leadership the Key to Motivating Employees?
Why business events are set to return with...
Business events set to return with a bang!
Expanding Internationally: 5 Things to Consider for eCommerce...
Home Technology The World Needs The World Health Organization, Now More Than Ever. So Why Is Trump Cutting WHO’s Funding?
Technology

The World Needs The World Health Organization, Now More Than Ever. So Why Is Trump Cutting WHO’s Funding? 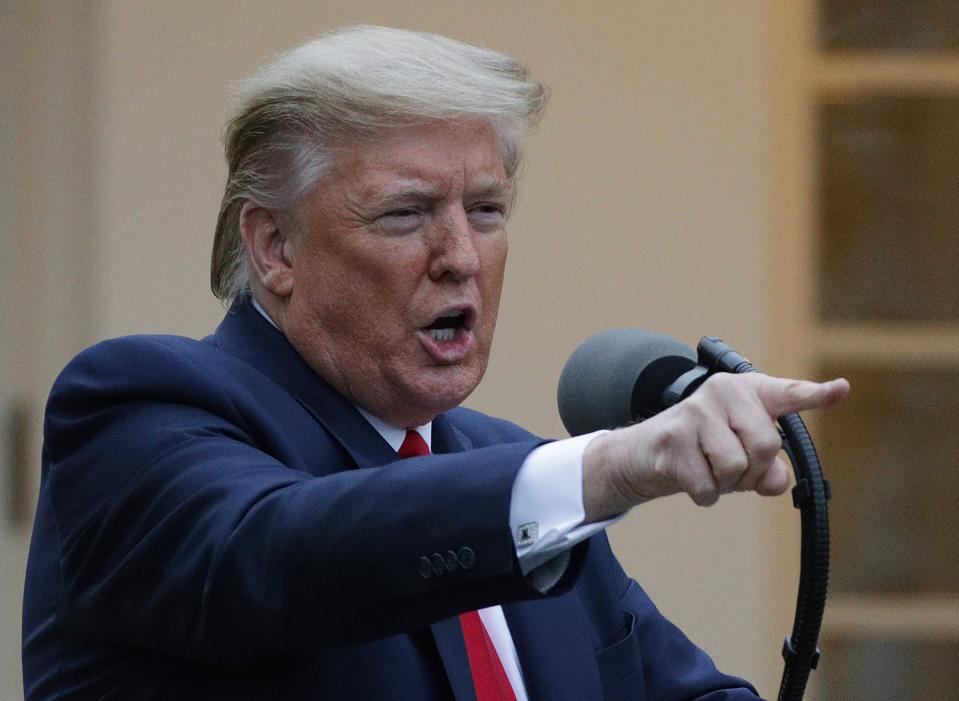 WASHINGTON, DC – APRIL 14: U.S. President Donald Trump speaks during the daily briefing of the White … [+] House Coronavirus Task Force in the Rose Garden at the White House April 14, 2020 in Washington, DC. President Trump announced that he is halting funding for World Health Organization WHO. (Photo by Alex Wong/Getty Images)

In what might be his lowest act of retaliation to date, President Trump announced on Tuesday that he is planning to cut funds to the World Health Organization (WHO). The decision was reportedly made in response to criticisms that the WHO had failed to adequately warn the rest of the world about coronavirus and that it had helped China spread misinformation about COVID-19 in January and February.

However, the truth is Trump’s decision to cut funding is nothing more than a thinly veiled attempt to redirect attention away from his own mistakes.

If Trump actually were to make significant cuts to WHO, the decision could have grave consequences. The United States is the largest contributor to the WHO’s budget, providing about $400 million to the organization in 2019.

There have been just under 2 million confirmed COVID-19 cases around the world and 126,539 deaths. And although some regions have likely already reached their peaks, many others, including Africa, are just now beginning to experience significant caseloads.

At a critical time like this, how can we possibly risk destabilizing the one unifying health agency the world has?

According to President Trump, such a harsh decision is warranted because the WHO failed to properly sound the alarm about the coronavirus. But is there any truth to this allegation?

Contrary to what Trump would have the public believe, as early as January, WHO experts were posting daily reports on their website providing details about COVID-19 cases in affected countries and what was being done for preparedness in other nations. These reports included where the cases were located, how they believed they were transmitted, what individual countries were doing in response, and what types of precautionary actions other countries should take. On January 30, there were just about 10,00 cases worldwide, and yet the WHO declared a global health emergency.

WHO sounded the alarm to prepare for COVID-19 in all countries and to scale up testing, start contact tracing, prepare for isolation and quarantine, supply hospitals and ready healthcare workers.

Despite the many criticisms about the WHO’s COVID-19 response, it is undeniable that the organization has been very productive and the driving force in the fight against coronavirus. In fact, almost every country on the globe has adopted a public health plan or response measure based on WHO guidelines.

In terms of bulk supplies, WHO has procured and shipped 1.5 million test kits and close to 800,000 face masks to more than 70 countries that were in need. WHO public health experts, health care workers, researchers and other personnel were deployed to numerous countries to provide updates and expertise and relay messages to enhance coordination.

We Need A Conductor

Over the past few decades, the WHO has been the global leader in numerous pandemics and outbreaks, including HIV/AIDS, Zika and Ebola. It’s true that during these public health emergencies, as well as during the present crisis, the WHO made many costly mistakes, suffered through periods of inertia, and committed some serious bureaucratic blunders. Those are problems that are common to all large organizations, especially global ones.

However, there’s no denying that many countries have benefited from WHO’s guidance and that thousands of lives have been saved because of WHO’s actions.

White House officials have said that the U.S. funds pulled from WHO will likely go to other international organizations that can use the money for comparable purposes. But what they aren’t telling the American people is that there aren’t any other international agencies that can perform WHO’s tasks effectively.

The WHO has been working with many low- and middle-income countries for decades. They have historical experiences to draw from and a strong understanding of cultural contexts, helping them to guide initiatives and build and expand relationships. This puts WHO in a prime position to be a global leader and ensures that many vulnerable countries will not be overlooked during the coronavirus pandemic.

Ultimately, we need the WHO to be the conductor of this symphony. We need to continue to give WHO experts the opportunity to collect data from all countries, distribute medical resources, send workforce where it’s needed and coordinate responses from all actors, from healthcare workers to ministries of health and citizens.

Let’s look beyond the typical political blame game. No one has handled this crisis perfectly, a reality the Trump administration should know better than anyone. The United States and South Korea were hit with their first COVID-19 patients around the same time, yet both countries followed very different trajectories in terms of response, and as a result, South Korea has dealt with COVID-19 much more effectively than the United States has.

In the midst of crises like this one, it’s easy to throw others under the bus for political gain, but we must remember that we are all global citizens. And while some of us from high-income countries have had the luxury to self-isolate in air-conditioned homes, many people around the world still face economic hardships and lack access to basic healthcare. Donald Trump won’t look after these people, but the World Health Organization will.

Trump’s “America First” dogma does not work in a pandemic. By definition, this is a global problem that cannot be contained by national borders. All countries need to comply and fully cooperate with containment and isolation, data sharing and vaccine production and administration.

Let’s use this opportunity to unite against an invisible enemy in the realization that we are only as strong as our weakest link.

Report: Big Money On The Line If UFC Hits Event Quota In 2020

First They Dropped Wrestling, Then Soccer. What’s Next For NCAA Mid-Majors?