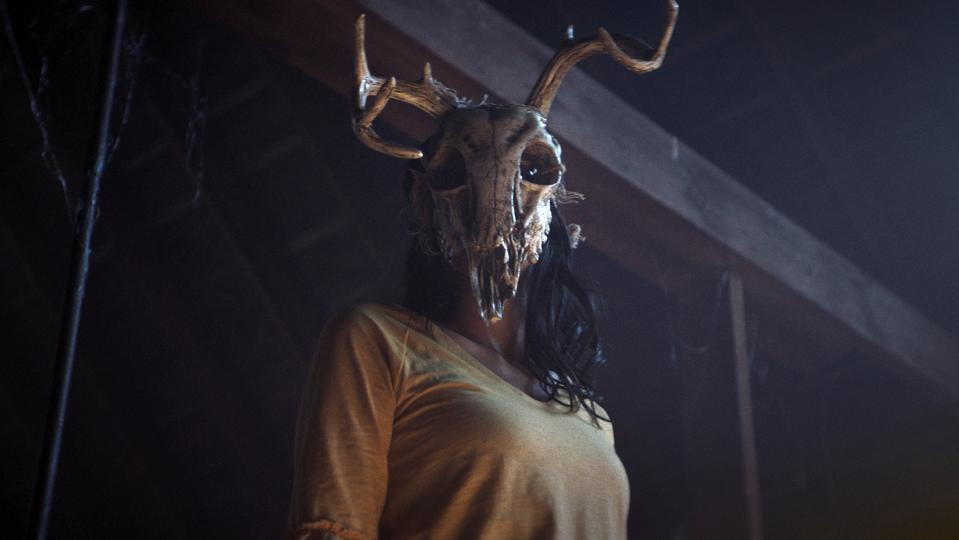 Over the last 23 years, only Titanic, The Sixth Sense, Avatar, Black Panther and now The Wretched have topped the box office for five consecutive weekends.

When there is only one movie pulling in anything resembling “business,” at least among studios actually reporting grosses, it’s not hard to be the top movie of a given day or weekend. Nonetheless, happenstance, luck and good (or terrible) timing has left IFC’s The Wretched as the closest thing to a box office hit this summer. Brett Pierce and Drew T. Pierce’s throwback horror title The Wretched earned another $181,000 this weekend in 75 theaters. That’s an expansion from 59 theaters (mostly drive-ins) from last weekend, and a 23.4% drop from the previous Fri-Sun frame. For what it’s worth, this is the first weekend where the film has dropped from its previous Fri-Sun gross.

IFC specializes in arthouse cinema and the vast majority of their films debut concurrently in limited theatrical release and VOD. Yes, you can currently rent The Wretched, a perfectly enjoyable riff on Fright Night and Rear Window by way of Disturbia, for around $7 on most VOD platforms. Indie films don’t tend to play in drive-ins. IFC saw and opening and it paid off. The Wretched has now has achieved a rare feat in topping the weekend box office (among films actually reporting grosses) for the fifth weekend in a row. That has happened just four previous times in 23 years, namely Titanic in 1997/1998, The Sixth Sense in 1999, Avatar in 2009/2010 and Black Panther in 2018.

The other record-holders are Good Morning Vietnam and Crocodile Dundee at nine weekends, Home Alone at 12 weekends, Tootsie and Beverly Hills Cop at 13 weekends and Titanic at 15 consecutive weekends at the top of the weekend box office. Ghostbusters topped ten non-consecutive weekends while E.T. did so for 16. For what it’s worth, an uninterrupted reign until at least the weekend of August 7 would be 15 weekends while August 14 would mean 16 weekends. At the moment, The Wretched is the closest thing we’ve got right now to both a “mainstream” movie, an old-school genre flick and a box office hit.

Yes, I watched the movie last week and, yes, The Wretched is a simple, polished and generally enjoyable old-school horror movie. It is a riff on the 1970’s and 1980’s horror-infused coming-of-age flicks and its own distinct movie. It’s arguably J.J. Abrams’ version of Steven Spielberg’s Rear Window, since D.J. Caruso’s (underrated) Disturbia arguably qualifies as “Steven Spielberg’s Rear Window.” The Wretched adds (as you discover pretty quickly) a supernatural element, and its tone and character arcs feel closer to Super 8 than Fright Night. Had it opened in 1985, it’d probably be a cult favorite among adults who saw it as kids in theaters or on HBO. It’s ironically a summer movie from a time before IP ruled.

At best, the coming of age horror flick has four more weekends as the top attraction, presuming A) it remains in theaters and B) nothing gets a “surprise” release between now and Russell Crowe’s Unhinged on July 1. The Solstice Films flick is scheduled to be the first new wide release theatrical engagement. Yes, that assumes theaters open as planned. If that doesn’t happen, and if Chris Nolan’s Tenet doesn’t open as planned on July 17 (followed by Mulan, SpongeBob Movie: Sponge on the Run and Wonder Woman 1984), The Wretched may become a glorified Titanic of its time, albeit with no other movies to steamroll. If nothing else shows up, The Wretched’s box office reign may go on and on.

Psychological Safety Will Win You The Best Business...

The New Normal – Will Rising Demand For...

The Transformation Of Consumer Behaviors In The Digital...