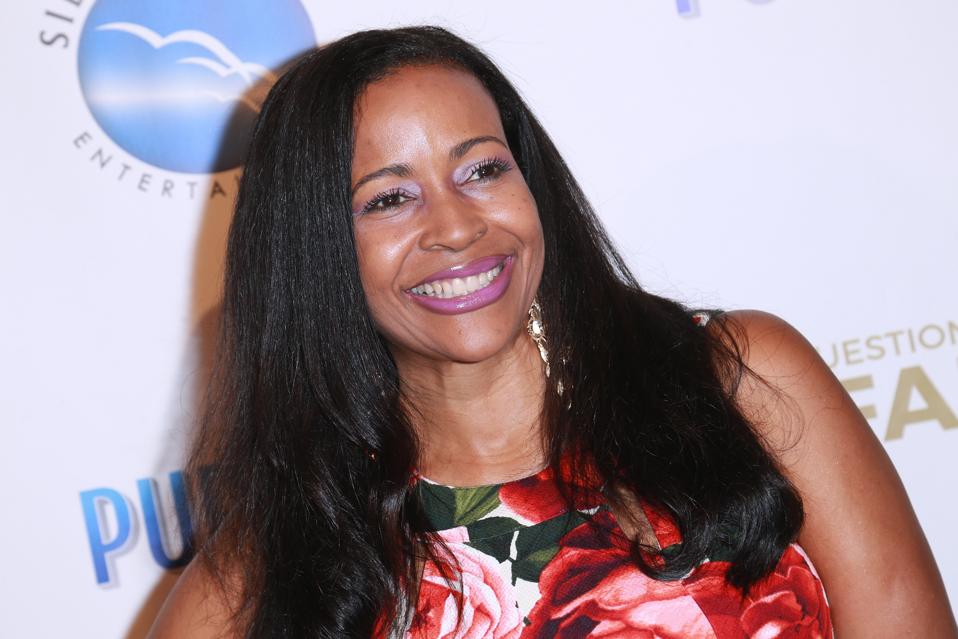 Fifteen years ago, the Los Angeles-based screenwriter began working on a movie project about The Clark Sisters, a legendary African American gospel group. Despite many setbacks along the way, Tucker kept the faith.

Tucker shares thoughts about her journey with the project and explains how faith is a wellspring for her creative inspiration.

This interview has been edited for brevity and clarity.

In The Clark Sisters: First Ladies of Gospel, the executive producers, director, writers and lead actors are all African American women. What was that like for you?

Every leadership role in this film is filled by a black woman — this speaks to The Clark Sisters themselves. Look at the church, the COGIC (Church of God in Christ), one of the oldest and largest black denominations. It’s very traditional, very male-dominated.

But their mother, Dr. Maddie Moss Clark, was the international minister of music. To think they put this woman in this role. She had a doctorate in music and used to travel all around the world representing this denomination. She was a trailblazer.

I feel the mantel was passed on to us, to take on the spirit of what started with Dr. Clark and what was passed on to the daughters, which was to be excellent. Whatever gifts God has given you, do your best and don’t be boxed in by any outward construct with respect to gender or race.

‘We don’t do easy in this house. We do excellent.’ All of the women who worked on this film, we took on and embody that spirit. 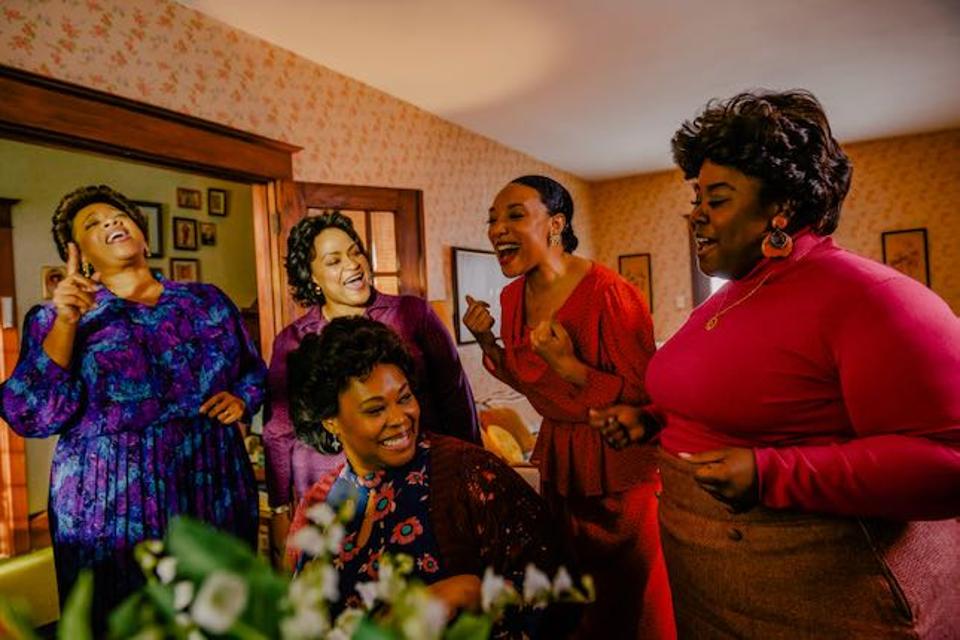 How did you get involved with the movie?

The Clark Sister project came to me in 2005. A friend who’s a TV writer, Sara Finney-Johnson, wanted somebody who had feature film experience to work with her. She asked me to collaborate. We started pitching the project but hadn’t written a script yet.

We kept trying to get a TV studio or network to buy it. Everyone kept saying, ‘We love this idea, but who’s going to play the lead women? Who’s going to star in it?’ In Hollywood, often they won’t take chances unless you have some big name attached like Angela Bassett. But the market couldn’t bear it at that time.

Every few years though, some executive would say, ‘What about that project?’ We’d get called in for a meeting — and it still wouldn’t sell.

Flash forward to 2017. Holly Davis Carter, who was the producer who originally brought me on, partnered with Queen Latifah. All of the sudden, the Queen Latifah name!

Also, there have been certain movements in the industry, like #OscarsSoWhite, #MeToo or #TimesUp, that have shaken up the entertainment world and caused people to face certain things, for example, racism, colorism or sexism.

It was the right time. With Queen Latifah’s name and her resources, they were able to hire me to write the script. My friend Sara Finney-Johnson couldn’t continue. She was working on a TV show, so I continued to write it alone. I did several drafts for the production company.

The producers went to the networks. Lifetime was the one who wanted to buy it, but felt the script needed some changes. I passed the baton to another black woman, Sylvia L. Jones.

She wrote a few more drafts and voila! Now we went into production. Then I heard that Christine Swanson was directing. I was really excited. She’s amazing and had directed The Miki Howard Story for TV One. 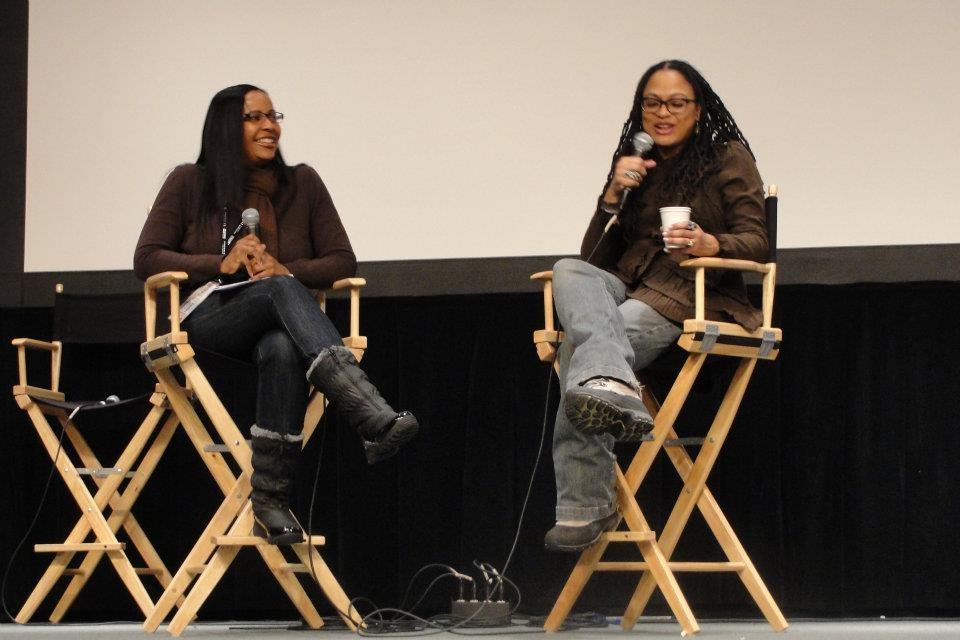 You’ve sold scripts in the past, but this is your first produced script?

Yes, my first produced credit. I’m also a professor, as well as a professional writer. I tell my students this is an endurance game — a long-distance run, not a sprint.

I’ve sold scripts to Sony, Universal Studios, FOX, New Line and Disney. There has to be a right combination of ingredients to get the movie made. If all of those ingredients don’t work at the right time, the project could end up getting put it on the shelf.

That’s happened to me a number of times, but I’ve always kept my vision. I’ve gone to other projects. I always tell my students you can’t just write one script and be like, ‘This is my masterpiece.’

You’ve said that “God is my best writing partner.” Besides being a writer and professor, you’re also an ordained minister. How does your faith influence your screenwriting?

God is the first author. The Bible is so beautifully written. God spoke and said, ‘Let there be light.’ Words are very powerful. We’re in Holy Week now. When you look at what’s in the Scripture, you see love. You see life. You see the birth of dreams. In the Scripture, we read about characters who were challenged physically or in some other way.

God enables us to do what we think is impossible and that’s how my faith really affects my writing. I don’t say I’m a great writer. There are so many people out there with talent. But I feel like God’s spirit gives me creative ideas. God’s spirit inspires me. It illuminates things that are within me and helps give me a voice.

How do you feel about the movie’s upcoming debut?

I just hope people enjoy this film. We’re in a scary time because of this pandemic. Many people are feeling down and dealing with life and death situations.

But the show looks at a family that has had many highs and many lows. Their faith in God and in their family has been the well they’ve gone back to when things were hard.

The music is going to just sooth their souls. The director picked real singers. The music soundtrack is beautiful. Some people are going to be singing along and that’s going to be the ‘Hallelujah’ they need.

It’s like the story of Easter. It’s triumph over death, over bad bad times. For some people who won’t be able to go to church this year, watching this film might be their Easter sermon and will uplift and give them hope — not hope to think that nothing bad will ever happen, but to know how we can all find redemption, even when bad things are happening.

U.S. Government Response To COVID-19 Was Slow. But How Does It Compare To Other Countries?

In Pictures: America, Closed For Business

How to Create a Brand Style Guide