Breaking
Why You Should Stop Using Your Facebook Messenger...
IRS Collections Appears To Be Broken
Google Search Rival DuckDuckGo Exceeds 100 Million Daily...
Intel: Poised For A Comeback?
Ignore These 4 Funds And You’ll Miss An...
5 Reasons Customer Service Employees Become Negative And...
Call Of Duty’s Dominance In The Gaming Industry...
How This Teen Yoga Instructor Became An Entrepreneur,...
7 Ways Pain-Free Ways Save $360 Per Month
Jeff Bezos Once Again The World’s Richest Person...
As The Bitcoin Price Whipsaws, These Radical New...
HHS Secretary Alex Azar Submits ‘Resignation Letter,’ Effective...
Tapping Into Health To Excel In Business
Weekend Favs January 16
Over 11,000 Ice Cream Cartons Recalled Due To...
My Top Ten Concerns About The 2021 Tax...
Home Technology The Xbox Series X Was Always About More Than Competing With The PS5
Technology 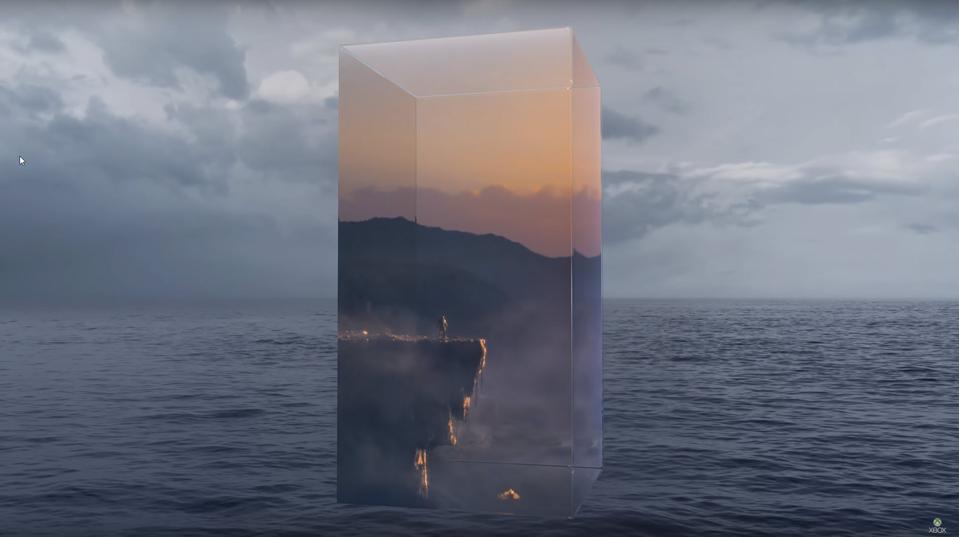 In February I wrote an article arguing that the idea of a console war between Xbox and PlayStation is an outmoded concept because Microsoft sees the economics of the gaming industry as having more to do with the cloud than with the console space. A number of people understood the article to mean that Microsoft no longer cared about consoles. That wasn’t my intention but it’s easy to see how people could have come away with that idea after I titled the piece “There Is No Console War Because Xbox Moved On And Left PlayStation Behind”.

My colleague Erik Kain provided a valuable counter argument by clearly making the case that the very existence of the Xbox Series X shows Microsoft still cares about consoles. Erik points out that cloud streaming may be the future of gaming but in its current state it’s not the present. I think he’s absolutely correct but I don’t think this means Microsoft is focused on selling more Series X units than Sony sells PlayStation 5s. Microsoft would love it if that should happen, but there’s good reason to think that wasn’t what the Series X was designed to do.

In early March, Microsoft live streamed two days of talks and panel discussions under the heading Game Stack Live. One of the panel discussions made it clear that winning a “console war” with the PS5 isn’t and never was a goal in the design and development of the Series X.

“Xbox Series X and Project xCloud = New Chapter in Gaming” (begins at 2:24:00) was a question and answer session featuring Catherine Gluckstein, GM and Head of Product and Strategy for xCloud; Chris Novak, Partner, Head of Xbox Design Studio at Microsoft; Jason Ronald, Partner, Director of Program Management at Team Xbox and Rachel Card, Program Management, Microsoft Gaming. A good deal of the discussion was about Microsoft’s goals for its next-gen console.

Ask anyone from Phil Spencer on down who is in a position to speak about gaming at Microsoft and it won’t be long before you hear something like “our goal is to let players play any game, anywhere with whomever they want”. The “anywhere” part is an obvious reference to cloud streaming. This goal didn’t materialize sometime during the past few months when Stadia went live and GeForce Now came out of beta, and it doesn’t only refer to xCloud which is currently in beta. From the very beginning, the design philosophy behind the Series X along with the hardware and software in the console were devised to accommodate and facilitate streaming and cross-device play for all games. 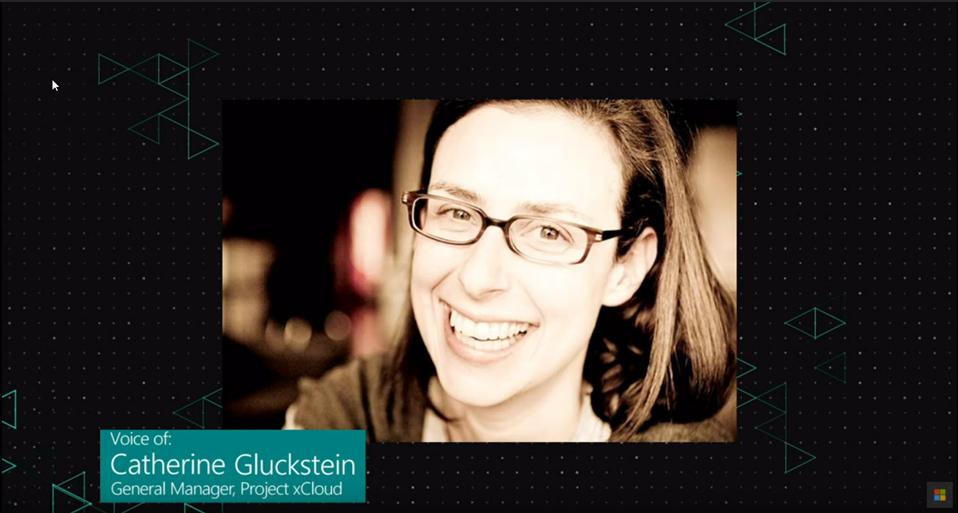 Catherine Gluckstein joined Microsoft as Phil Spencer’s Chief of Staff in 2016. At the time, Xbox was deeply engaged with working out a strategy for the future of the brand. The conceptual framework for this endeavor was defind by “the three Cs . . . content, community and cloud.” Notice the C that is glaring by its absence, “console”. This doesn’t mean the next-gen console wasn’t important to Microsoft then or now, far from it. It means the Series X was a means to an end, not an end in itself in Microsoft’s plans for the future.

2016 was also the year design work on the Series X began. Note that this was a full year before the Xbox One X was released. Jason Ronald said that from the very beginning the Series X team thought the next-gen consoles would set the direction for gaming for the next seven to ten years. The console we now know as the Series X would embody Microsoft’s vision of what that future would be. With that in mind, the system architecture and SoC (System on a Chip) in the Series X was designed from day one to give game developers “common and consistent hardware, software and development platforms” that work seamlessly across different devices. In other words, build for the Series X and play on console, PC and cloud. As Rachel Card put it, “The Xbox Series X was really this evolving landscape built for gamers playing on multiple devices.” 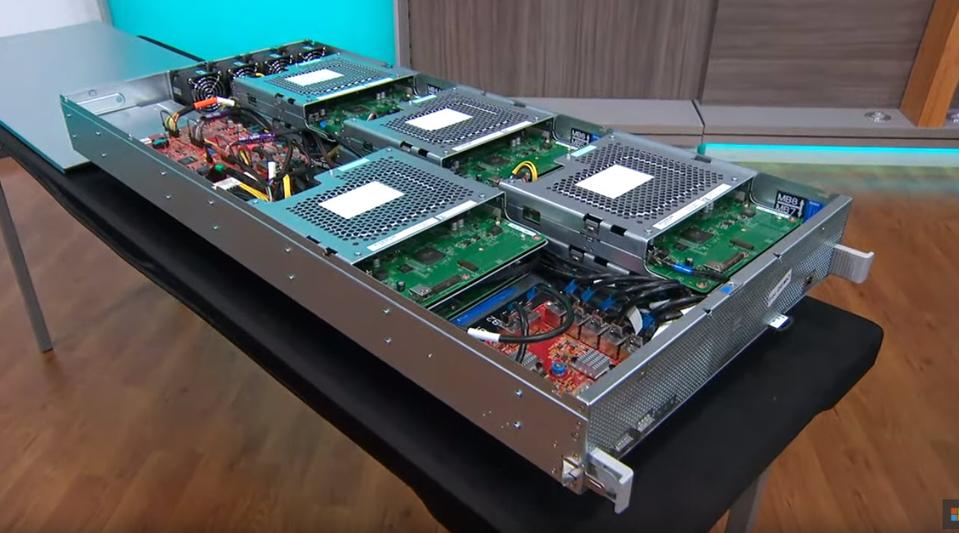 The focus throughout the development of the Series X wasn’t on providing a next-gen experience that would be superior to the PS5. The Series X was built to be a next-gen gateway to a world of gaming that encompasses more than consoles. Microsoft is appealing to developers with the promise that building for the Series X gives them easy access to what Microsoft believes game players want, the ability to play any game, anywhere with anyone. This is why the system architecture and the SOC in the console weren’t designed for the Series X alone, they were designed from the very beginning to operate in both the console and the servers in Microsoft’s data centers. This is also why Microsoft isn’t interested in console exclusives for the Series X and it’s why Phil Spencer said Microsoft sees Amazon and Google as its main competition in the gaming space, not Nintendo and Sony.

It can be hard to break out of old ways of thinking when times change and the old conceptual frameworks don’t fit the current scene as well as they once did. There will be volumes written and spoken about a console war between the PS5 and Series X for the foreseeable future. But times are changing and who sells more consoles just isn’t as central as it was when the console war between Microsoft and Sony was the most important thing happening in the gaming industry.

Gluckstein was asked what she thought was the most important thing people could take away from the panel discussion. She was talking to developers but what she said works for everyone. “[D]on’t constrain your thinking by frameworks that have existed in gaming previously . . . be open to the new.”