Breaking
In Need Of A Competitive Edge? Look To...
Think Small: Timely Picks To Capture The Reawakening...
Patient Gets Covid-19 Swab Lodged In Her Lung...
Nine Signs You’re Not Being Effective During Your...
Chromebooks Can Now Run Windows 10 – Find...
Will Biden’s Tax/Benefit Plans Help/Hurt You And The...
This Fashion Brand Turned A Stripe Into A...
Shots In The Dark: Why Access To A...
What Building Wealth Really Takes In Business
Building A Circular Economy In New York City...
How To Cast Your Vote Against Election Scams
New Science On Stress: Feeling Your Feelings Works...
Why Now Is The Right Time To Acquire...
7 Obstacles That Prevent People From Starting Businesses...
Booking Holdings Falls; Likely To Remain A Risky...
Apple iPhone Crushes Samsung Galaxy In Important New...
Home Finance There’s A Big Problem With The Focus On Two-Year College
Finance 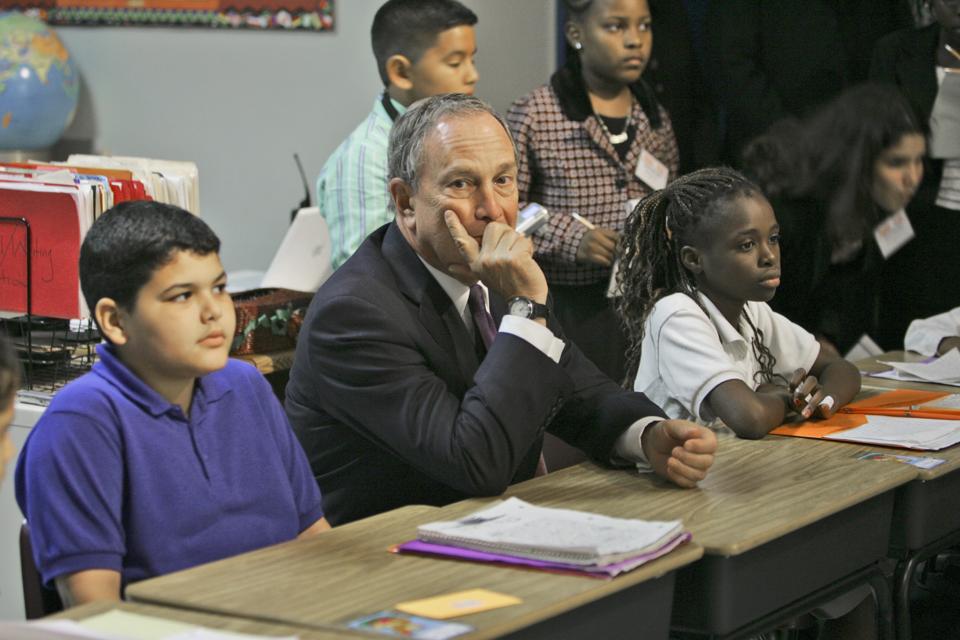 When it comes to education, everyone has a plan. At least if they’re running for the presidency and hope to be serious about it. Michael Bloomberg is and he reportedly has a plan for education, according to The Intercept.

Bloomberg’s own campaign site mentions an education plan, but it is long general promises and short on details. One that was interesting and written about by Forbes.com contributor Zack Friedman is that supposedly the maximum size of Pell grants would double to $12,690. The target continues to be the lowest income students, but the focus would be on covering the full cost of public two-year colleges, including books, transportation, and childcare.

Nothing wrong with two-year colleges. Someone can get training for certain types of jobs. There’s likely a better chance for most than trying to get into some union apprenticeship program.

A community college can be a great tool as part of getting an education. Both my kids went to one first, cutting the cost of getting basic courses, and then moved to four-year institutions. I only mention this as a way to explain that I have a warm spot for two-year schools.

But it’s interesting how much emphasis has been placed on two-year colleges in the last 10 years or so and it raises—or should be raising—many questions.

Start with cost. If reports are right and Bloomberg wants to double the maximum Pell grant but focus it two-year schools, then first let’s compare the cost of schooling to the level of aid. Average tuition, fees, and room and board in the 2017-2018 ran $10,704. For the neediest students, the difference between the Pell grant and average cost is $1,986, or just under $221 a month for a nine-month term. Books can easily run hundreds of dollars a term. Childcare? Up there with education as a high cost item for the average person. And many people who do qualify for a Pell grant don’t get the full amount.

There may be other ways to finance the education—parental contributions, loans, and the like. Those methods exist today, and there’s nothing wrong with people having to contribute to their own future. But it’s all too easy to forget that conditions today aren’t what they once were. Decades ago, loans for an education might run one year’s tuition. Four years of tuition wouldn’t even be the gross first year salary you might get right out of college. It was far easier to work through the cost of school after graduation.

The financial dynamics are completely different now. People who go on about how easily it is to work off loans for years either is being disingenuous or has forgotten (or never knew) that it really was much easier in the past. When younger people (yes, including those into their 30s) say they feel extreme pressure, chances are good that they do.

It comes down to money, which means income. That’s where the other issue of a focus on two-year schooling comes into play. The table below uses data from the Bureau of Labor Statistics on median weekly earnings and unemployment rates for different levels of educational attainment.

In general, the higher the level of education, the more someone makes. Notice the difference between an associate degree—two years—and a bachelor’s results in about $18,ooo every single year following. Over a 40-year career, that’s $720,000.

By pushing two-year degrees, two things are now happening. One is that the people who come from little money find themselves nudged into lower-income paths. The other is that these lower-income paths are typically lines of work corporations and wealthier people need done for their convenience.

For many, two-year courses of education focused on an occupation will be a reasonable choice. Not for all. And there is also a sense that the more talk centers on two-year education for all who aren’t from the right side of the tracks, the more it seems like a way to provide a labor source that stays on the wrong side when not needed.

Who Says You Need To Run A Tech Startup To Break $1 Million? Not This Babysitting Entrepreneur