The Big Dipper is one of the most familiar and best-loved star shapes in the northern hemisphere’s … [+] night sky.

You know the Big Dipper—also called the Plough. It’s that pattern of seven bright stars that isn’t actually a “real” constellation.

Part of the constellation of Ursa Major—the Great Bear—it’s one of the most familiar and best-loved star shapes in the northern hemisphere’s night sky. In June it’s right above the head of every stargazer every night.

Its handle, which is made up of the stars Megrez, Alioth, Mizar and Alkaid, has just been confirmed to be home to a ghostly, almost perfectly circular, arc of ultraviolet emission that stretches 30º across the northern sky.

“Ultraviolet emission” means electromagnetic radiation not visible to the human eye. The arc is made of compressed, energized hydrogen gas between the stars, and if the arc were extended it would completely encircle the Big Dipper with a diameter of 60º. 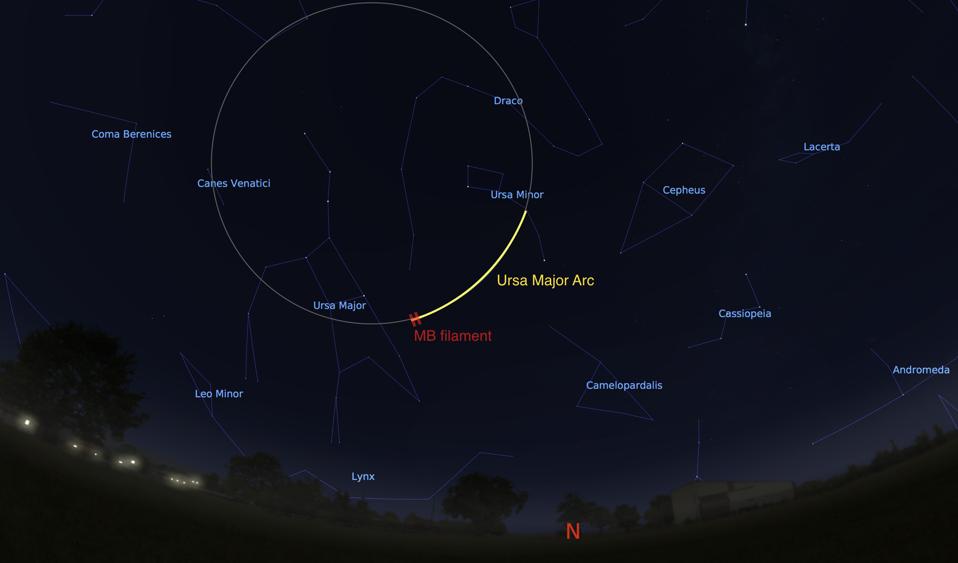 The discovery of this unique object—named the “Ursa Major Arc”—was presented this week at an online meeting of the American Astronomical Society after being published in the April volume of Astronomy & Astrophysics Letters.

So what is this “ghostly circle?” It could be a shock wave from an explosion or a supernova that happened 60º above the plane of the Milky Way, probably over 100,000 years ago, and at a distance of about 600 light-years.

The stars of the Big Dipper are between 58 and 124 light-years distant.

The shockwave could even be partially responsible for creating a clearing of gas and dust above our Sun—the one that let’s us see deep into the cosmos beyond our own galaxy.

“This region of the sky is known for several interstellar windows used to study the properties of galaxies outside the Milky Way,” said Robert Benjamin, a professor of physics and astronomy at the University of Wisconsin-Whitewater. “This arc may be evidence for one of the explosions that created these windows.” 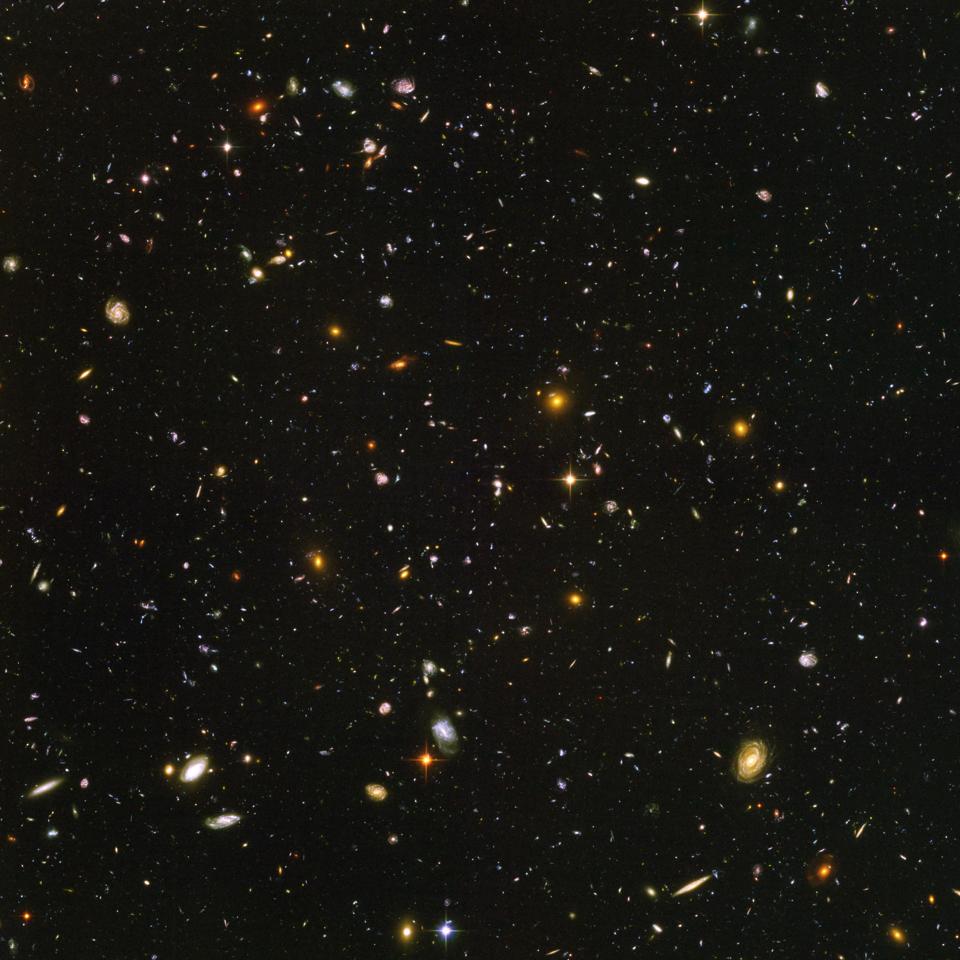 NASA’s Hubble Space Telescope reveals nearly 10,000 galaxies in the deepest visible-light image of … [+] the cosmos. The Hubble Ultra Deep Field, taken by the Advanced Camera for Surveys, represents a ‘deep’ core sample of the universe. There are galaxies of various ages, sizes, and colours. The smallest, reddest galaxies may be among the most distant known, existing when the universe was 800 million years old. The larger and brighter galaxies thrived about 1 billion years ago, when the cosmos was 13 billion years old. Blue and green correspond to colours seen by the human eye. Red represents near-infrared light – invisible to the human eye. The image required 800 exposures over the course of 400 Hubble orbits around Earth. The total exposure time was 11.3 days, between 24 September 2003 and 16 January 2004. (Photo by SSPL/Getty Images)

When you look at the Big Dipper you’re looking away from the center of our galaxy and into the emptier regions of the outer Milky Way and far beyond.

The famous Hubble Deep Field photographs taken by the Hubble Space Telescope—probably the most important ever taken—were taken of seemingly blank areas of sky in the region of the Big Dipper. They found thousands of previously unknown galaxies and completely revolutionized our view of the Universe.

A bright meteor flying past the Big Dipper reflected on a lake.

The discovery was based on an observation made 20 years ago of a straight line of H-alpha hydrogen gas. “In astronomy, you never see perfectly straight lines in the sky,” said Benjamin. “I got really interested.” Eventually the team found this much larger ultraviolet arc, too.

So next time you point out the Big Dipper/Plough to someone, be sure to tell them that there’s a huge “ghostly circle” around the handle—the “Ursa Major Arc”—that could be the remains of a massive supernova explosion, and which also could be responsible for creating one of our most important windows on the cosmos.