Breaking
Three Essential Components of a Successful Small Business
Pandemic Pet Adoptions Add To Chewy’s Tailwinds, But...
How to Use LinkedIn’s Social Selling Index Like...
Strong Revenue Trend Could Drive EXACT Sciences Corporation...
9 Things To Know Before Starting A Business
‘Game & Watch: The Legend Of Zelda’ Will...
The 9 Fundamental Components Of A Startup Pitch...
How to Get Results from Broken Link Building
Florida Supreme Court Tells The American Bar Association...
How to Write Perfect Paid Social Media Marketing...
How Restaurants Can Design a More Sustainable Food...
Expenses That Small Business Owners Need to Be...
How You Can Make Saying Goodbye To The...
Biden To Meet Royal Family At Cornwall’s Eden...
It’s Going To Be Emotional — Going International...
Peer Mentoring For Students: STEM & Buds
Home Business There’s A Message In Protests Occurring Worldwide, From Hong Kong To Chile, #OKboomer?
Business

There’s A Message In Protests Occurring Worldwide, From Hong Kong To Chile, #OKboomer? 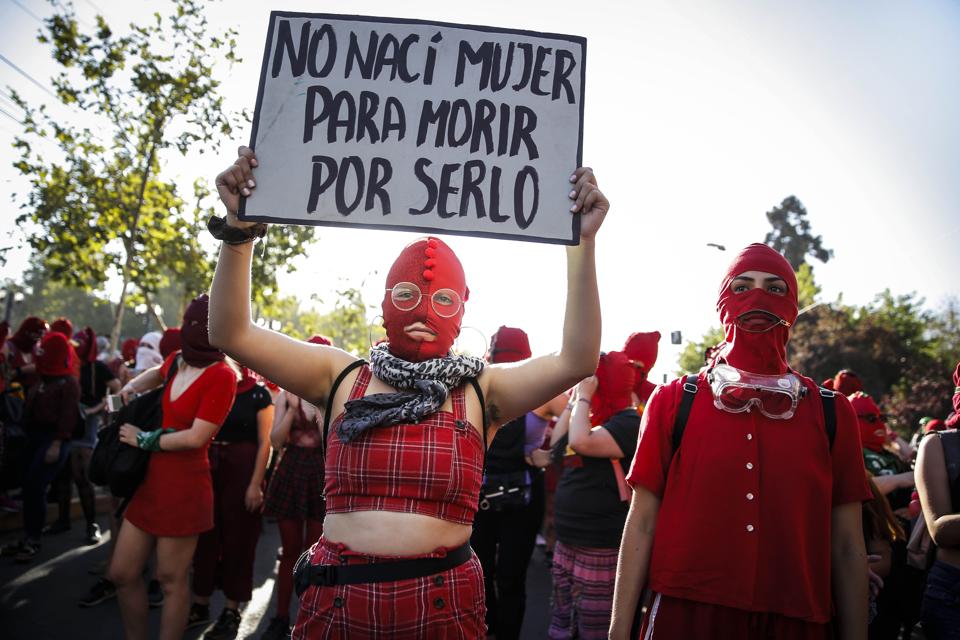 Women protest against gender violence with a sign reading “I was not born a woman to die for being … [+] one” in Santiago on Friday. Like many protests, the ones in Chile have spread and widened in scrope.

Tucked away in the often-massive protests occuring in Asia, Europe, the Middle East and South America is an important message, the beginning of an inflection point in world affairs.

The issues of the old guard — think #OKboomer — are giving way to issues important to those entering and in the early years of adulthood.

Think about it. Globalization, which has incurred the wrath of protesters for decades, is this time the enabler for millions of demonstrators.

They are all armed with cell phones and apps.

They are communicating and collaborating, using AirDrop, WhatsApp, Telegram and other apps. Not just locally but across borders.

Because it is not about globalization, is not about export-import trade, it signals that the debate that has held sway, that continues to told sway among the generation that still holds the reigns of formal power, is likely to wither away.

While it is not about globalization, it is also not about any one thing.

In Lebanon, a oft-cited trigger was a proposed tax of 20 cents per day on WhatsApp and other internet voice calls. As many as 1.3 million people eventually took to the streets, angered by government inaction on a range of issues — and the pro-Western leader resigned.

In Hong Kong, the trigger was China’s attempt to have the right to extradite Hong Kong citizens charged with a crime on the island. Hundreds of thousands have protested for months. Hong Kong quickly relented and recently held elections won by those favoring increased rather than diminished autonomy. Today, protesters want complete universal suffrage, an independent inquiry into alleged police brutality and amnesty for demonstrators who have been arrested

In Spain, as many as 500,000 people protested in Barcelona over the national government’s strong response against Catalonian separatist leaders after a vote for to separate from the country. Protesters were reported to have chanted “We’re going to do a Hong Kong,” referring to a strategy to blockade the airport.

In Indonesia, thousands of protesters in Jakarta clashed with police last month because a new criminal code would outlaw sex outside of marriage and set a jail sentence of six months for unmarried couples living together, among other laws. As a result of the protests, the Indonesian parliament delayed a vote on approving the code.

In Chile, it was a proposed 4-cent increase in bus and metro fares. In Ecuador, it was an attempt to revoke taxpayer subsidies.

In Bolivia and Algeria, it was leaders who appeared interested in being president for life.

In Iraq, one trigger is thought to have been be the demotion of Abdul-Wahab al-Saadi, an army officer who became prominent during the fight against Isis and was regarded as a rare hero across sectarian lines. The reason he lost his position has not been publicly explained, but many Iraqis suspect it is because he tried to fight corruption in the country’s counter-terrorism service.

In Muslim-dominated Pakistan, it was the timidity of the government response to Hindu-dominated Indian incursion into Kashmir. In the Netherlands, it was protests by farmers angered they were being punished for global warming while others equally if not more responsible were not.

If the demonstrators even think about globalization, or export-import trade, they see a world that is generally enriched by those forces rather than hurt by them. Again, if they even think about it, they think in terms of jobs they create, of new technologies and new opportunities.

It is those in the older generation, those 55 and older, who are the ones most likely to waggle an accusing finger at globalization and export-import trade.

Among those running for president in this country, for example, it is the septuagenarians most likely to want to unravel and re-order globalization and trade, from current President Trump who is less than two weeks from taking the teeth out of the World Trade Organization to Democratic Party candidates and senators Elizabeth Warren and Bernie Sanders.

They can be neither ignored or dismissed out of hand, of course.

The younger candidates, like so many of the younger-still protesters, also see a world that benefits from globalization, one that is generally helping and not hurting people with whom they come into contact.

Andrew Yang may see problems with technological advance but wants to prepare for it rather than run from it. Pete Buttigieg, Camela Harris, Corey Booker and Tulsi Gabbard focus on other priorities.

Globalization is largely an issue of the older generation while the younger generation, the one that will be coming to power in the next decade or so, is paying attention to climate change, income inequality and the impact of technology on work and life, among other issues.

And they want everyone else to know, #OKboomer?

“The data shows that the amount of protests is increasing and is as high as the roaring 60s, and has been since about 2009,” says Jacquelien van Stekelenburg, a professor who studies social change and conflict at Vrije University in Amsterdam quoted in the Guardian.