Breaking
‘Remnant: From The Ashes’ Is Cheaper Than Ever...
Making America’s Trumps Pay Their Fair Share
Fortnite Season 4, Week 9 Challenges Revealed And...
Yesterday You Were Just A Business; Today You...
Should Your Company Help Get Out The Vote?...
Hyperautomation And What It Means For Your Business
Parker-Hannifin Crosses Pre-Covid Peak But Investors Set To...
6 Reasons Your Cold Messaging Efforts Fail And...
4 Analytics Categories To Track To Improve Your...
Predictions 2021: Cloud Computing Powers Pandemic Recovery
This Is Why You Need A Strategy In...
Economic Research Exposes Significant Flaws In DOL H-1B...
How Breast Cancer Turned This Entrepreneur Into A...
Bitcoin Price: What Next After Fresh Surge Toward...
Societal Platform Thinking
Trump And Biden Will Debate Suburbs’ Future To...
Home Technology There’s A Shortage Of Ventilators For Coronavirus Patients; So This International Group Invented An Open Source Alternative That’s Being Tested Next Week
Technology

There’s A Shortage Of Ventilators For Coronavirus Patients; So This International Group Invented An Open Source Alternative That’s Being Tested Next Week 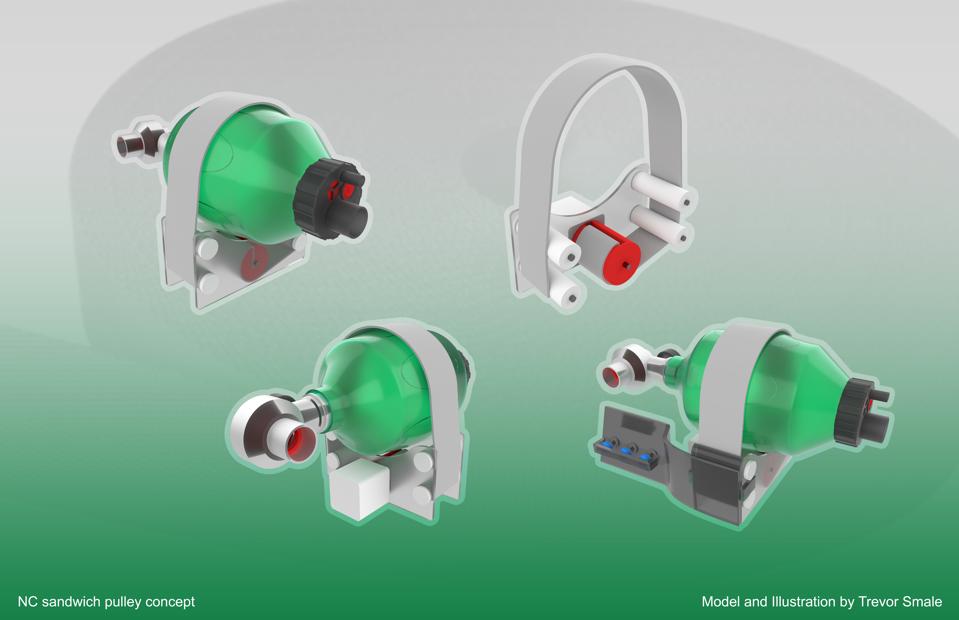 Topline: A group of 300-plus engineers, designers, tech founders and others galvanized on Facebook with a goal of building a ventilator using readily available materials, 3D printing and open-source hardware resources. In just seven days, they built a prototype that will be tested as a solution to the global ventilator shortage by Irish authorities as early as next week.

According to Keogh, the speed at which this project went from idea to being tested by health authorities highlights the power of open-source as a way to solve hardware problems. “It doesn’t matter where you are, it doesn’t matter what your skillset is, what time zone you’re in, if you can contribute in a group to these large scale projects, you can have very high-impact results in a very short amount of time,” he says.

Tangent: New York will reportedly require 18,000 ventilators soon, according to The New York Times. The publication also reports that in a pandemic of this nature New York could be short 15,783 ventilators to treat the most severe cases. Ventilator manufacturers could increase production, according to Forbes., but have yet to receive significant order volumes from the U.S. government.

The World’s Most Expensive Cities [Infographic]