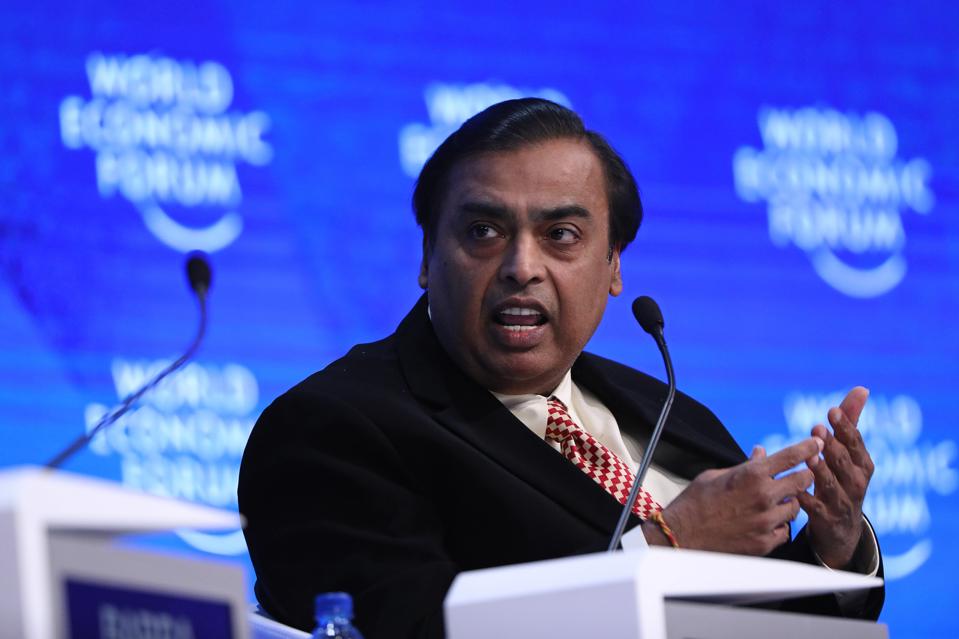 Just when it seemed that Asia’s richest man Mukesh Ambani’s fund-raising spree from a string of global investors for Jio Platforms, his telecom and digital business, had concluded, Reliance Industries announced Friday that it had bagged yet another investor.

Intel Capital, the investment arm of Intel Corp., will spend 18,945 million rupees ($253 million) for a 0.39% stake in Jio Platforms, the 12th investor in the past 11 weeks looking to get a piece of India’s hottest digital play.

In a statement Ambani, who serves as chairman and managing director of Jio’s parent company, Reliance Industries, said that Intel Capital had “an outstanding record” of being a valuable partner for technology firms globally and he was “excited to work together with Intel to advance India’s capabilities in cutting-edge technologies that will empower all sectors of our economy.”

Wendell Brooks, Intel Capital president, said that Jio’s ability to bring the power of low-cost digital services to India “aligns with Intel’s purpose of delivering breakthrough technology that enriches lives” and the firm was “excited to help fuel a digital transformation in India, where Intel maintains an important presence.”

Proceeds from the series of stake sales in Jio, along with the $7 billion raised in a rights issue in June and from sale of a 49% stake in its fuel retail network to BP last summer, will help the company become net debt-free, Reliance announced last month, once the promised funds come in (75% of the funds from the rights issue will come in next year.)

As of Friday morning, Ambani has a net worth of about $64.4 billion, making him the richest person in Asia. (Disclosure: Reliance Industries owns Network18, which publishes Forbes India.)

The Jio investments started with a bang on April 22, when social networking giant Facebook agreed to acquire close to 10% for $5.7 billion. Since then, six U.S. private equity firms invested in Jio: Silver Lake Partners bought just over 1% for $748 million, Vista Equity Partners paid $1.5 billion for a 2.3% stake, General Atlantic acquired a 1.3% stake for $870 million, KKR paid $1.5 billion for a 2.3% stake, TPG bought a 0.93% stake for $607 million and L Catterton picked up 0.39%, the same as Intel Capital today.

Jio Platforms has also received a funds from the Middle East which started with Mubadala Investment Co. which picked up a 1.85% stake and was followed by Saudi Arabia’s sovereign wealth fund, the Public Investment Fund, as well as the Abu Dhabi Investment Authority.

Intel’s investment values Jio at $65 billion—the same amount as the previous several deals and a 12.5% premium to the first investment, by Facebook.

With 388 million subscribers, Jio has become Reliance’s growth engine, combining with the company’s fast-growing retail arm to help in offsetting the decline in oil and petrochemicals. The company reported a 5% increase in annual revenue to $87.4 billion and a net profit of $5.3 billion in the year ended March 2020, down 0.1% from the previous year.

Last August, Reliance announced that it would sell a 20% stake to Saudi Aramco for approximately $15 billion. However, the recent plunge in oil prices has left that deal under a cloud of uncertainty, although Reliance has said it’s on track.

In the wake of these investments, India’s two remaining telecom companies are also reportedly in talks with global investors.

According to a Reuters report, global online retail giant Amazon is in early talks to spend at least $2 billion for a roughly 5% stake in Indian mobile operator Bharti Airtel.

Alphabet Inc’s Google is also exploring an investment in Vodafone Idea, a joint venture between Britain’s Vodafone Group Plc and India’s Idea Cellular (owned by billionaire Kumar Birla), the Financial Times reported, although the report was subsequently denied by the Indian telecom company.

The Indian telecom business of the British giant has been hit by a staggering loss of 749.557 billion rupees ($10 billion) for the year ending March, the largest loss reported by any company in India. The massive loss is predominantly owing to an order from the country’s top court to all telecom firms to pay the government a portion of their revenue from non-telecom business elements such as sale of assets and interests on deposits, among other things.

When and how the companies will make the payments is still being debated in court. In a statement, the company said the dues indicate that there’s “significant doubt on the company’s ability to continue as a going concern and its ability to generate the cash flow that it needs to settle/refinance its liabilities and guarantees as they fall due.”

When Life Gives You Lemons, Make ‘Lemonade’ Or Something Like It

A New Dutch Disease? The Netherlands Ranks Most...

Should You Pay Off Student Loans During COVID-19?