Breaking
Zooming In – Should SMEs Invest In The...
iOS 14: The Surprising Security Risk Of Sharing...
How A Break From Lord Sugar Changed The...
Sunday’s Google Doodle Is Actually About Google
Office Of The Comptroller Of The Currency Chief...
Source Code For Multiple Windows Operating Systems Publicly...
Why Forgettable Pfizer Really Is A Great Value...
Hot For The Holidays? Amazon Home Drone, Kid...
Best Small Business Loans
The FAAMG Stocks Drive The Markets
Channel Arbitrage And Other Ways Fintech Is Disrupting...
Mall Of America Extends A Hand Of Unity...
Surprise Samsung Galaxy S20 FE Beats Google Pixel...
After Apple And Tesla, Berkshire And Amazon Should...
Is It Wrong To Be Rich In Poor...
‘C&C’ Is 25: How ‘Command & Conquer’ Revolutionized...
Home Business These 5 PGA Tour Pros Could Rule The Next Decade In Golf
Business 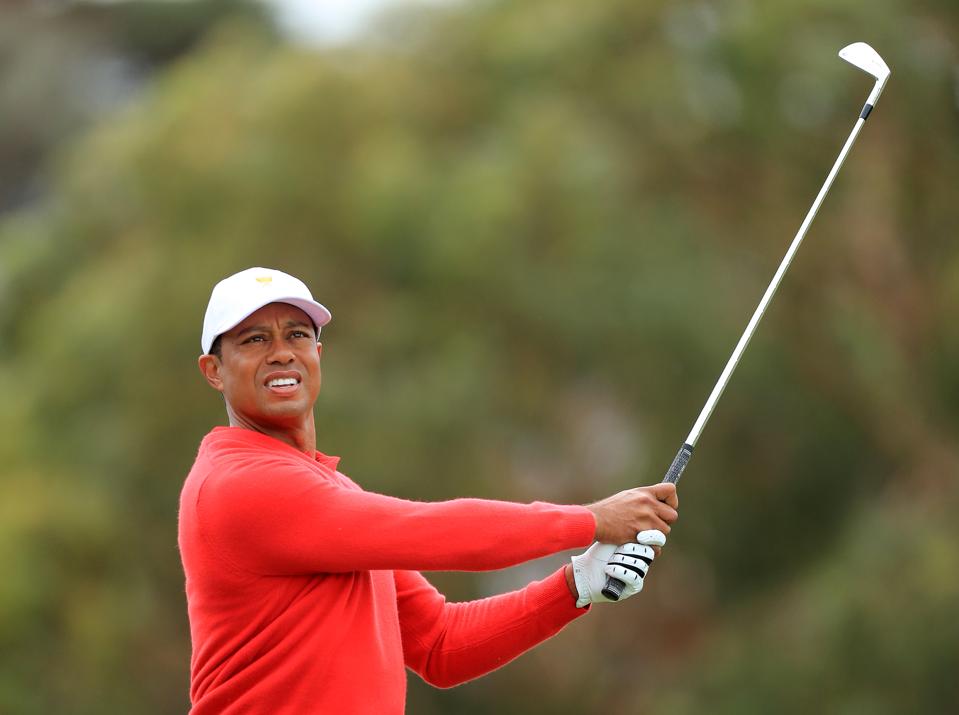 MELBOURNE, AUSTRALIA – DECEMBER 15: Tiger Woods of the United States Team plays his second shot on … [+] the second hole in his match against Abraham Ancer during the final day singles matches in the 2019 Presidents Cup at Royal Melbourne Golf Club on December 15, 2019 in Melbourne, Australia. (Photo by David Cannon/Getty Images)

When the previous decade began, fans and observers of professional golf were still trying to predict what was next for Tiger Woods, who one month earlier in the middle of the night crashed his Cadillac Escalade into a fire hydrant near his home in Orlando.

As the 2020s begin, Woods has taken the long road back, overcoming scandal and injuries to reach a place where one can make a case that he’s again the best player in the world. In three months, he’ll defend his Masters title and there’s every reason to expect him to contend not only at Augusta National but whenever he makes a start on the PGA Tour. We’ll likely see him next Jan. 23-26 at one of his favorite spots, Torrey Pines near San Diego for the Farmers Insurance Open.

Still, the 15-time major champion turned 44 last week and has entered the autumn of his career. This is the last decade where he’ll chase Jack Nicklaus’ record, compete on Ryder Cup teams and have the opportunity to represent the United States in the Olympics, which could very well happen this summer in Tokyo.

The good news is fans won’t have to look far to follow Woods and his peers. Golf will remain in a prominent position on broadcast television (NBC, CBS, Golf Channel). The PGA Tour is on the verge of signing a massive rights deal reported to be worth $700 million per year to the Tour through 2030.

Over the last decade, Dustin Johnson won the most PGA Tour events, raising his career total to 20. Rory McIlroy won four major championships and Jordan Spieth won three. McIlroy had perhaps the most consistent season of his career in 2019 while Johnson spent the second half in a slump and Spieth was winless for the first time in his brief pro career.

Golf will never see a star like Woods again. The depth of talent has reached unprecedented levels and each year there’s a new wave of hungry, young stars possessing the power and touch to challenge for the top. Predicting winners of golf tournaments is as difficult as counting sand on the beach but here are five players who will reign over professional golf in the decade ahead. 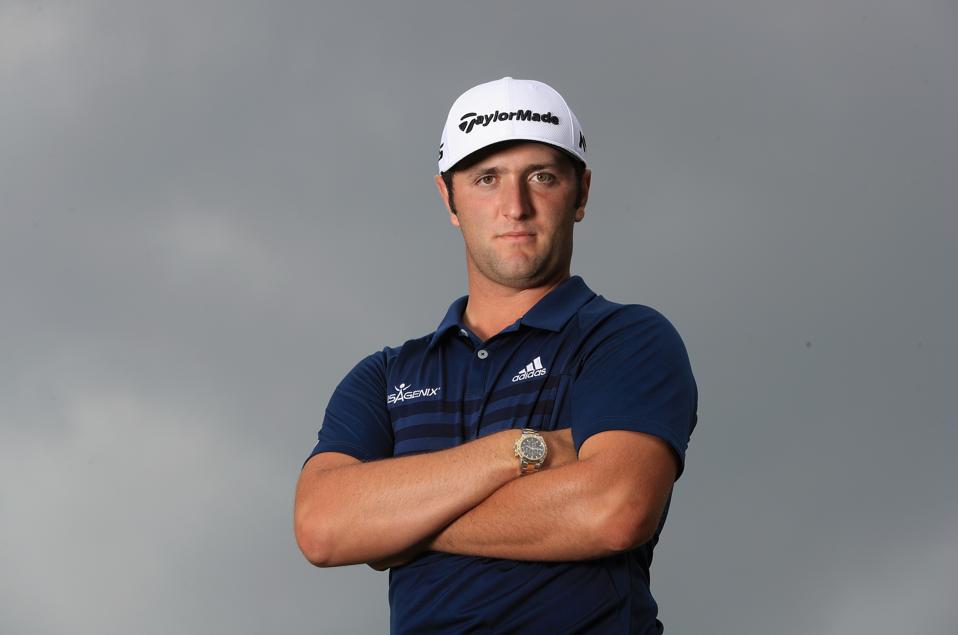 PARIS, FRANCE – JUNE 27: Jon Rahm of Spain poses for a portrait during practice for the HNA Open de … [+] France at Le Golf National on June 27, 2017 in Paris, France. (Photo by Andrew Redington/Getty Images)

Ranked No. 3 in the world, the 25-year-old Spaniard married college sweetheart Kelley Cahill last month and is playing the best golf of his life, winning twice and finishing runner-up twice in his last five starts worldwide. The betting favorite for this week’s Sentry Tournament of Champions, the only perceivable weakness in Rahm’s game has been an inability to control his emotions at critical times. He’s making progress in that area, something he discussed in this insightful interview recently and appears poised to challenge the late great Seve Ballesteros as Spain’s most decorated champion.

Justin Thomas will be the top American

Since 2001, Thomas has given a golf ball to his father, PGA professional Mike Thomas, after every tournament victory – junior, college, amateur and now pro. The count exceeds 130, including 11 victories since he joined the PGA Tour in 2014. During the Presidents Cup, Woods proclaimed Thomas the dominant player of the next decade and chose him as a partner for matches the first two days. Thomas rewarded his captain’s confidence by draining a birdie putt on the 18th hole to secure a point in their foursomes match. After battling a wrist injury most of last season, the 26-year-old Thomas is set for a monster year, which could start with a win this week in Kapalua, where he won in 2017.

Joaquin Niemann has only scratched the surface

Just 21 years old, the former No. 1 amateur in the world has already earned nearly $5 million in 49 starts on the PGA Tour. He claimed his first victory last fall at the Greenbrier Classic, earning a spot on the International’s Presidents Cup team. His putter can turn cold (141st in strokes gained putting in 2018-19 season) however his consistent ballstriking should allow him to contend on the difficult course setups found at major championships.

Wolff is built to last

Wolff was part of a sensational group of former amateur stars to turn pro early last summer and immediately make an impact on the PGA Tour. He won the inaugural 3M Open in July, feeding a $1.3 million haul in only seven starts. While much of the conversation centers around his unorthodox backswing, the 2019 NCAA champion has a complete game, launching powerful tee shots and unleashing laser iron shots at the flag.

Xander Schauffele will no longer be overlooked

All he’s done, at only 26 years old, is earn more than $15 million in 80 starts, winning four times and finishing in the top-10 on 19 occasions. He’s been in contention in a half-dozen majors, settling for second place in last year’s Masters and the 2018 Open at Carnoustie. Schauffele also tied for third in the U.S. Open at Pebble Beach in his native California. Yet he still flies under-the-radar because his skills aren’t as flashy as some of his peers. His swing is solid and produces under pressure. If he keeps knocking on the major championship door, it’s certain to open.