Breaking
‘Remnant: From The Ashes’ Is Cheaper Than Ever...
Top Stocks To Buy Today As Markets Rise...
Making America’s Trumps Pay Their Fair Share
Fortnite Season 4, Week 9 Challenges Revealed And...
Yesterday You Were Just A Business; Today You...
Should Your Company Help Get Out The Vote?...
Hyperautomation And What It Means For Your Business
Parker-Hannifin Crosses Pre-Covid Peak But Investors Set To...
6 Reasons Your Cold Messaging Efforts Fail And...
4 Analytics Categories To Track To Improve Your...
Predictions 2021: Cloud Computing Powers Pandemic Recovery
This Is Why You Need A Strategy In...
Economic Research Exposes Significant Flaws In DOL H-1B...
How Breast Cancer Turned This Entrepreneur Into A...
Bitcoin Price: What Next After Fresh Surge Toward...
Societal Platform Thinking
Home Technology These Argentinian Scientists Have 48 Years Of Whale Family Photos
Technology

These Argentinian Scientists Have 48 Years Of Whale Family Photos 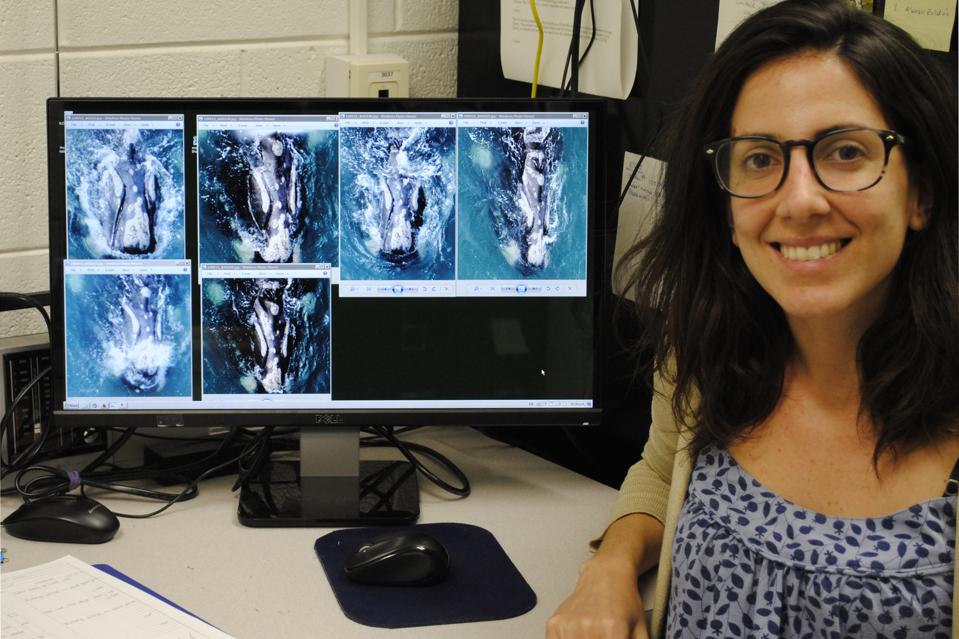 In the chilly waters off Argentina’s Valdes Peninsula, scientists and tourists have been taking photos of whales for nearly half a century – forming a unique and invaluable resource for biological research, conservation and education.

The Southern Right Whale population that uses these waters as a delivery room is significant because it has been studied continuously for longer than any other species of large whale in the world.

In 2015, according to Argentinian biologist, Florencia Vilches, a researcher at the Instituto de Conservación de Ballenas (ICB) and MCAF Fellow, tourism operators asked scientists if they could identify individual whales from whale-watching photos.

“They wanted to learn individual life histories to improve the stories they share with the 300,000 tourists who travel to Valdes each year to see the whales,” she said, “We replied, ‘Yes, absolutely!’ and they gave us copies of 460,000 whale photos they took between 2003 and 2016.”

“We began developing a system to integrate their boat-based photos into our database and aerial catalog of known individuals.”

According to Vilches, although less than 3% of the almost half-million whale photos have been analyzed, the collaborative project with the whale watching community has already helped the biologists: 144 new individual whales have been added to their catalog, and newly added sightings of 76 previously known individuals, some of which had not been seen for 23 years.

“As the project grows, whale-watch companies will be able to tell the tourists stories about the individual whales that they are seeing: Who is that whale? How old is she? How many calves has she produced?”

Vilches says the reproductive histories of Valdés whales over 48 years show females have been having fewer calves following El Niño years of the climate cycle, when sea surface temperatures are higher than normal and their primary prey –Antarctic krill – declines off Islas Georgias del Sur/South Georgia Island, one of the richest whale feeding grounds in the Southern Hemisphere.

And that’s also why, when it comes to climate change, the whales are already feeling the impact.

“Krill larvae feed on ice-algae that grow on the underside of ice sheets, and the ice sheets are shrinking with climate change,” Vilches said, “If this trend continues, then the Antarctic ecosystem will be at risk, including all large whales and most other vertebrate species that depend on krill.”

She says that ultimately, incorporating whale-watching photos to the Valdes Southern Right Whale database will greatly increase understanding of the biology and ecology of this population and make population models even more sensitive to changes in the conservation status of this whale population and their habitat.

View of the multiple injuries on the calf of a Franca Austral whale (Southern Right Whale) biten by … [+] Kelp Gulls, in the Golfo Nuevo near Puerto Piramides at Peninsula Valdes, in the Patagonian province of Chubut, Argentina on October 2, 2015. Thousands of southern right whales come every year to the Peninsula Valdes to complete their reproductive cycle. AFP PHOTO / JUAN MABROMATA (Photo credit should read JUAN MABROMATA/AFP via Getty Images)

For Vilches, her passion for whales and science has been a life-long affair.

“As a teenager, I collected EVERY newspaper article related to marine mammals that I could find – and I still have them.”

She says that by that time, she had realized one way of protecting marine mammals for a living was to become a marine biologist.

“I was thrilled by the possibility of doing science and, thus, get to satisfy my curiosity and wonder for a living, “she said, “I think science as the formal version of the innate, visceral and bare curiosity we all have while being kids.”

Eleven years ago, as an undergrad science student, she attended a lecture in Buenos Aires, Argentina by famed whale biologist Roger Payne, which was organised by Instituto de Conservacion de Ballenas. Today she has been working with that same organisation for over a decade to preserve and promote whales, especially the Southern Right Whale.

Vilches is just one of the many female voices from the global south which are changing whale biology – which for many years dominated by older, male voices from developed countries.

Another marine biologist making a difference is Asha De Vos from Sri Lanka.

Related: What’s It Like To Be Sri Lanka’s First Whale Biologist?

Not only is De Vos the first Sri Lankan to achieve a Phd in marine mammal research and the founder and director of Oceanswell, Sri Lanka’s first marine conservation research and education organisation, she’s also given a TED talk – on “the importance of whale poo.”