Breaking
5 Tips For Virtual Networking Success
10 Ways Covid-19 Vaccine Supply Chains Need To...
First Electric Car? Consider These Four Big Upsides...
What’s Missing From Howard Marks’ “Something Of Value”
A 10 Billion-Year-Old ‘Super-Earth’ Has Been Found In...
David Einhorn Warns Of Danger From Valuation-Indifferent Investors
How Safe Is Your Stock Portfolio Over 30...
Technology Is Rapidly Changing Cancer Care
4 Major Market Changes In 2020 That Can...
Boston Globe Starting “Fresh Start” Initiative As Part...
Can Money Protect You From Covid-19? It May...
The Most Important Voice In Artificial Intelligence: Frontline...
How to Start an Online Store
Amazon’s Small Business Empowerment Team Is Helping Entrepreneurs...
10 Ways For Entrepreneurs To Power Through Tough...
Will The Cloud Take Down The Mainframe?
Home Entrepreneurship These Businesses Aren’t Taking A ‘One Size Fits All’ Approach To Four Day Work Weeks
Entrepreneurship

Weak productivity growth has been confounding experts and economists since the aftermath of the 2008 financial crisis. So, it’s no wonder that employers, unions, think tanks and politicians are experimenting with, or advocating, longer weekends and more flexible working hours – widely thought to boost worker efficiency. 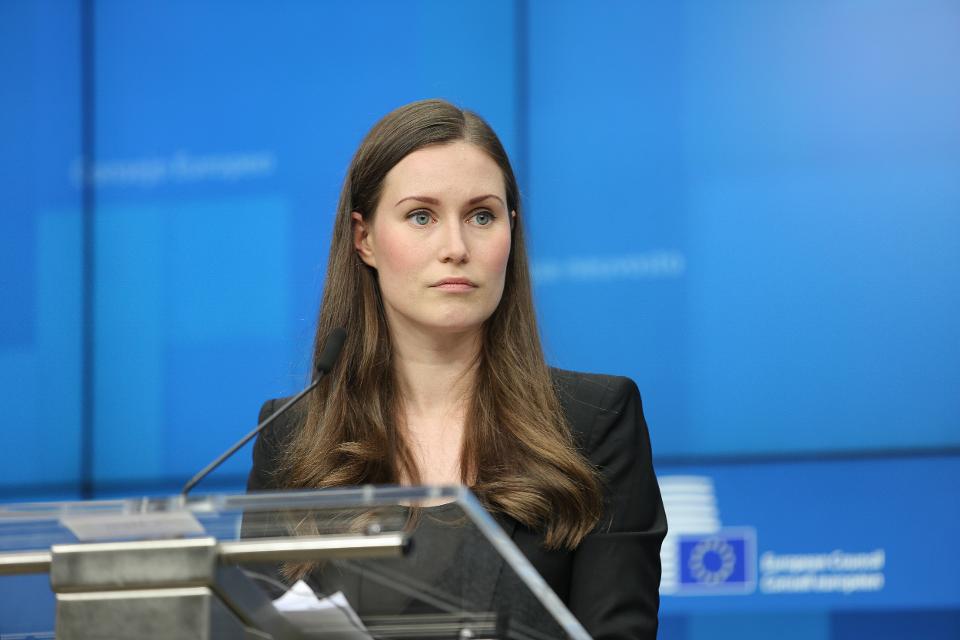 Sanna Marin the Prime Minister of Finland at the European Council – Euro Summit – EU leaders … [+] meeting, during a press conference. In her previous role as Transport Minister she questioned the validity of eight-hour working days.

Last year, America’s largest federation of labor unions, the AFL-CIO, came out in support of the four-day week and, when she was Minister of Transport, Sanna Marin, now Prime Minister of Finland said: “A four-day work week, a six-hour work day. Why couldn’t it be the next step? Is eight hours really the ultimate truth? I believe people deserve to spend more time with their families, loved ones, hobbies and other aspects of life, such as culture.”

But what’s the word from business leaders already testing shorter weeks? I spoke to five companies to see if this is a passing trend or the next big thing. Interestingly, none are taking a one-size-fits-all approach.

Kelly Hancock, oral health writer with dental blog Toothbrushlife, is also a dental hygienist. The practice she works for has moved to a four-day week and, more recently, has tweaked working hours from 8am until 5pm to 7am until 3pm, which she describes as a “game changer” for those who want to pick up their children from school, or find the energy to go to the gym after work.

As for having Fridays off, Hancock says it has allowed her team to fit in personal appointments without having to request time off, which was difficult to accommodate around patient appointments. She adds: “Everyone is less stressed out, healthier and happier. We are doing just as much, if not more, with these new hours. Life is good.”

Six months ago, Jesse Silkoff, co-founder of contractor marketplace MyRoofingPal, switched her team to a four-day week. The result? Staff are taking fewer sick days, and productivity and energy levels are higher.

Silkoff and her team now work 10-hour, instead of eight-hour, days. She says: “I was actually a little skeptical at first. To compensate for only having a four-day work week, we’re asking people to put in two more hours each day, but the feedback we’ve gotten so far is that 10 hours doesn’t feel like a big jump from eight, and that having an extra day off more than makes up for it. The energy on Monday morning feels a lot more positive than it used to.”

‘It doesn’t work for our whole team’

But four-day weeks don’t suit everyone. Several years ago, manufacturing company Tjernlund switched its factory workers from five eight-hour shifts to four 10-hour shifts during the summer months when customer demand for its heating products was seasonally lower.

Director Andrew Tjernlund says: “The 4x10s summers went great and ultimately we switched the entire factory to this schedule year round. People adjusted. It gave us a great way to add production overtime since we could add an extra day to the week if needed. Ultimately, it became one of our main recruiting tools. Have a cabin? Like to hunt? Have family close, but not that close? You get a three-day weekend every weekend. Even the production managers, with no staff to manage on Fridays, got in on the act.”

But then the company ran into issues. First, it didn’t go down well when sales had to tell customers that some items wouldn’t ship until Monday if an order came in late on Thursday. Secondly, carriers and other service providers didn’t all adjust and either showed up for freight that was not ready, or tried to deliver to an empty warehouse. Thirdly, a 10-hour shift meant 5:30am starts for some workers. This led to attendance issues among those who were not ‘morning people’.

The outcome? “We now have a small number of people, and most new hires, working five eight-hour shifts again. The 4×10 is still used in fabrication and assembly, but shipping and receiving are here every day along with all office staff,” explains Tjernlund.

Course provider My Trading Skills ran a four-day week trial at the end of 2019, which lasted two months. Business development consultant Joe Bailey says there were concerns the team would not be able to meet their weekly targets, or that they’d be stressed out trying.

He adds: “However, as the weeks progressed, and everyone got on board, we, as management, noticed an impressive boost in performance, productivity and creativity.”

Nevertheless, the company is taking a cautious approach when it comes to fully adopting the four-day work week. It will run the trial again later this year, extending the period from two to three months, and compare the results.

Bailey explains: “This is mainly because we are still gauging the long-term effects that a permanent shift would have on the organization. It might have worked when we initially introduced it because it was a change from the old.”

‘We alternate between four and five-day weeks’

Another method is to split the difference and alternate between four-day and five-day weeks, a tactic championed by Andy Lynch, CEO of North Star Marketing.

Called the ‘9/80 schedule’, his workers do 80 hours over nine days and get the tenth day off. It is now an important part of the company’s recruiting and retention strategy as staff and their families have loved having every other Friday off.

Lynch says: “We started doing this in 2012 to give team members time to travel to see out-of-state family over a long weekend. As a Christian business leader, I believe I have a responsibility to help [our people] avoid burnout. We don’t want that for our team members. The 9/80 schedule gives our team time to recharge at regular intervals. It’s good for them, their families and our clients.”

B2B Marketing Should Organize Around The Customer In 2020

How Going Global From The Get-Go Can Help...