Breaking
‘Game & Watch: The Legend Of Zelda’ Will...
How to Get Results from Broken Link Building
Florida Supreme Court Tells The American Bar Association...
How to Write Perfect Paid Social Media Marketing...
How Restaurants Can Design a More Sustainable Food...
Expenses That Small Business Owners Need to Be...
How You Can Make Saying Goodbye To The...
Biden To Meet Royal Family At Cornwall’s Eden...
It’s Going To Be Emotional — Going International...
Peer Mentoring For Students: STEM & Buds
7 PR Trends in 2021: The Story So...
Google Plans Radical New Google Pixel Smartphone Upgrade
Where Did COVID Come From?
Ride To Growth With A Business Vehicle
C3.ai’s Tom Siebel: How To Scale AI
Moz Acquired by iContact Marketing Corp
Home Technology These Powerful Coronavirus Phone Tracking Maps Go Viral: Here’s The Problem
Technology 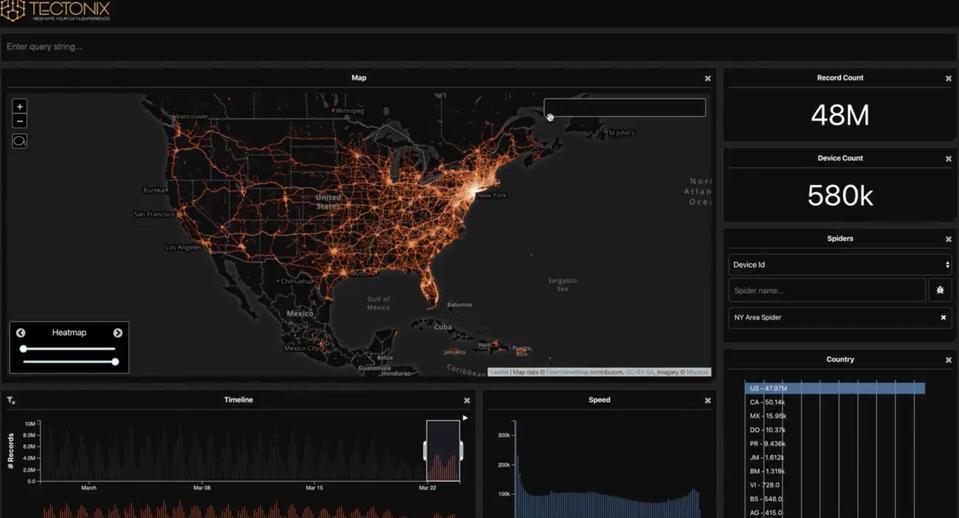 Last December, the New York Times shone a light on the pervasive and invasive nature of smartphone tracking in place today. “Every minute of every day,” the newspaper reported, “everywhere on the planet, dozens of companies—largely unregulated, little scrutinized—are logging the movements of tens of millions of people with mobile phones and storing the information in gigantic data files.”

Little did the newspaper or its readers realise at the time just how relevant and critical the capability might become just a few weeks later.

There is now increasing coverage of the use of smartphones to track population movements as the behavioral changes required to fight the coronavirus pandemic take hold. What started in China as a containment strategy built atop its surveillance ecosystem has spread globally, keeping track with the virus itself. Never before have we seen efforts to openly follow the aggregated movements of millions of citizens.

The power of such analysis was clear when two data analytics firms released a heat map on March 25, tracking a few thousand “unique mobile devices” detected on a single Florida beach during spring break. The researchers tagged the signatures of those phones, “seeing where those devices went after the spring breakers left the beach.” The implication is obvious as a few thousand phones disperse nationwide: “It becomes clear,” they said,” just how massive the potential impact just on a single beach gathering can have in spreading this virus across the nation.”

So how is this possible? Remember, there’s no government agency or warranted data collection here. “We started by building an engine that maps billions of data points,” one of the companies explains. “Designed specifically for high-volume, high-velocity location data, Tectonix allows you to analyze, evaluate, and visualize billions of data points in near real-time. That means your time and dollars can be spent driving insights and taking action—not waiting for results to render.”

In other words, it’s a marketing tool. The two firms, Tectonix and X-Mode, both have privacy policies that assure on the anonymous nature of the data collected and used (1, 2), and both are typical of the myriad data firms that feed from our constant use of digital devices. Atop that particular tree, of course, we have giants like Google and Facebook, which access unimaginably detailed data on all of us.

The data collection process is very simple. Firms embed software modules in multiple apps that we then install on our devices. Those apps ask for permission to access our locations and device status—often at odds with their own needs. That data is then sold, creating a revenue stream for app developers. X-Mode explains such data can include “the geolocation of the device [and] dwell time near points of interest, or how long your device stayed at one place.” The device has several means to capture its location—cell towers, GPS, Wifi networks, all of which can be used.

A day after releasing the Florida smartphone tracking map, Tectonix released one for New York City. “This week @NYGovCuomo took decisive action calling for New Yorkers to #StayHome,” the firm said. “We took a look at mobile device movement leaving NY this week and the data shows strict policy is needed!”

Clearly, you can stop this collection taking place if you want to. Actively disabling access to your location on all apps except those you trust and where it’s clearly necessary. And limiting permissions granted to the apps you install—I’ve covered this before. Interestingly, Google now warns apps developers if they are asking for permissions seen as overstepping the mark for what would be expected. There are no hard limits or restrictions as yet, though, which may change.

Tectonix responded to the privacy question, saying it understands the concerns, “but every point of data we used here is completely anonymized and collected with user consent! We realize the implications of data collection at this scale, but used responsibly with privacy in mind, it can have massive positive effect!”

These maps aren’t alone, of course. As the Washington Post reported on March 24, “if you have a smartphone, you’re probably contributing to a massive coronavirus surveillance system.” And this is all in addition to the efforts by governments and health organisations to work with technology companies and phone networks on official tracking platforms to keep population movements under surveillance, and in some instances to use this data for individual contact tracing.

Claims of anonymity are open to challenge. Simply put, most of us are identifiable by what investigators term “patterns of life.” We live somewhere, work somewhere, travel somewhere. We are creatures of habit. If I have the data for a specific device over the course of a few days or weeks, I can probably identify that person. And that’s without accessing online trackers on the device that really do know who I am.

The question, of course, is the extent to which you can be sure the “anonymous” data will stay anonymous. The Times’ analysis used an unrelated commercial database containing “50 billion location pings from the phones of more than 12 million Americans.” The reporters wanted to see if they could dive beneath the anonymous data to the identifiable people below.

And that’s exactly what they did. “With the help of publicly available information, like home addresses,” the Times reported, “we easily identified and then tracked scores of notables. We followed military officials with security clearances as they drove home at night. We tracked law enforcement officers as they took kids to school. We watched high-powered lawyers (and their guests) as they traveled from private jets to vacation properties.”

And that’s the crux in all this. The stark truth is that privacy has taken something of a backseat to the public health emergency besetting us all. Yes, I would like my data to remain unshared. But I want to protect my friends and family and the health system and the economy much more. Compromises are being made—such as the decision this week by the U.K. privacy watchdog to green-light phone tracking. We are setting up a conflict that we will debate for a long time to come.

In the meantime, the viral maps circulating on social media do two critical things that frame the polarising nature of this debate. First, they make the point more powerfully than any other medium as to the implications of not following social distancing. Watching phones disperse is akin to watching the virus spread. But, second, they lift the lid on how easily we can all be tracked in real-time, followed as we travel the country, the sharp-end of the marketing machine we engage with constantly through our days. Thats the issue that has been exposed here. And once we are through this crisis, it will prompt a serious debate for the future.