Breaking
Rival Independent ‘Oversight Board’ Formed By Facebook’s Rivals
Meet George The Poet: Spoken Word Artist Partnering...
Parrot Plumage Color May Be Linked To Body...
Best Applicant Tracking Software
Recent Precious Metals Dip A Buying Opportunity
Looking For Venture Capital? Here’s How One 50+...
Trump Will Create More Debt Than Obama
Growing Your Retirement Money Using 401(k) Dollar-Cost Averaging
Wellness Exec Abby Miller Levy Partners With Venture...
Microsoft Teams Issues Strike To Zoom With Tidal...
What’s Coming For The S&P 500 In October
4 Ways You Can Showcase Empathy With Your...
A $22,000 Microsoft Surface Will Soon Be For...
Zooming In – Should SMEs Invest In The...
iOS 14: The Surprising Security Risk Of Sharing...
How A Break From Lord Sugar Changed The...
Home Business Things Don’t Look Good For A Lakers Trade Before The Deadline
Business 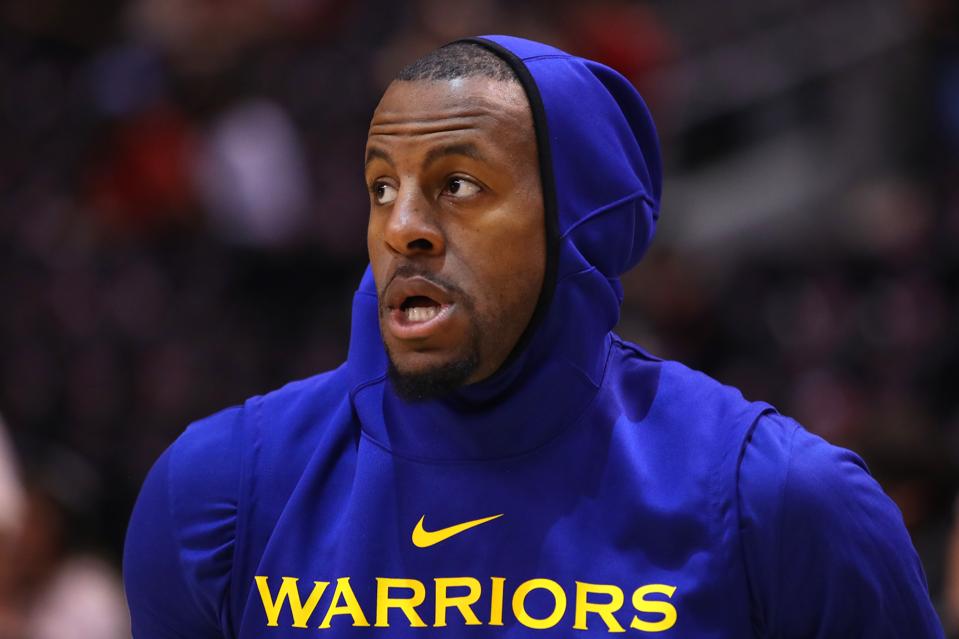 Andre Iguodala headlines trade deadline chatter. He remains one of a few players the Lakers would be … [+] happy to add to the team. (Photo by Gregory Shamus/Getty Images)

The NBA trade deadline looms for the Los Angeles Lakers. And you would think the front office is busy stuffing Kyle Kuzma into an oversized box along with a bunch of those packing peanuts. That doesn’t seem to be the case.

Rob Pelinka is undoubtedly measuring league-wide interest in the scant assets the team has available.

The most popular would have to be the young Kyle Kuzma, a gifted scorer who continues to have issues fitting into any consistent rotation on this team.

Kuzma is set to make $3.5 million next season. The obvious hurdle heading into any negotiations is the Lakers getting a return commensurate with the paltry sum Kuzma gets paid.

So, fine. The Lakers would have to throw some filler in, perhaps someone like Quinn Cook to get a player that would make the Lakers a better team: a ball handler or wing defender.

So far that kind of player hasn’t materialized. And the market hasn’t exactly fallen over itself to get the Lakers a discount superstar.

One rumor in recent weeks posited Derrick Rose becoming available. Rose has played in 44 games this season and is averaging 18.5 points per game.

He quickly alleviates the Lakers need for a third, consistent scorer, someone who could come in and handle the offense. He would greatly assuage worries that James would have to carry this team on both ends of the court into playoff time.

That scenario will have to remain hypothetical. According to The Athletic’s Shams Charania, the Pistons are asking for more than the Lakers can give.

“The Pistons are open to discussing deals for Derrick Rose, with an asking price of a lottery-level first-round pick, according to sources,” Charania writes.

Thanks to their previous trade for Anthony Davis, the Lakers are seriously depleted in the realm of draft picks. Even if they were flush with upcoming selections, they’re playing their way well out of lottery range this season and perhaps next. The price will have to come down for them to get the Pistons’ vet.

The Lakers are also intrigued with what the Kings have in Bogdan Bogdanovic. But the Kings also want future considerations.

“The Kings should get something good for Bogdanovic — at least a first-round pick,” writes ESPN’s Zach Lowe.

The same report explains the Lakers have “expressed interest” in the 27-year-old. Which is precisely the level of enthusiasm a franchise should operate on if they think they can stand pat.

The Lakers are clearly vying for the No. 1 seed without making a move. But there are some who believe that Andre Iguodala may be kicking it in basketball limbo even after the deadline.

The big news on Monday night was a report from David Aldridge that stated Iguodala is ready to put the sneakers on the shelf unless he likes his next destination.

Add to that the fact that Dillon Brooks is now reportedly rooting for a trade and you have to think the Iguodala situation gets settled soon, one way or another.

Oh, and Darren Collison’s possible un-retirement is still a thing. Adrian Wojnarowski said as much on his recent podcast, via Silver Screen and Roll.

“Whether they (Lakers) can find that in a trade, whether they wait for Darren Collison to say ‘I’m definitely coming back,’” Wojnarowski says. “I’m told that he’d absolutely like to play in L.A., either Lakers or Clippers, so you treat him a little bit like part of the buyout market, because I don’t think he’s going to be ready to do that until post All-Star game, or at least around All-Star break anyway. So that’s kind of in their back pocket, they can try to bring Collison out if there’s not a trade.”

It’s a gamble to wait around and hope Iguodala or Collison fall into their laps. But it’s not a big gamble.

If they fail to land either it means holding onto Kyle Kuzma, a player that despite his shortcomings this season is now averaging 18.8 points per 36 minutes. He just needs more time to find his role on this star-studded team.

For the Lakers, the smart move is to do nothing. Judging by the market and recent rumors, that’s exactly what they will do by the end of the week.