Breaking
Looking To Improve Efficiency In Your Business? Here’s...
AI and machine learning for business
How Social Media Changed the World
Shopify: The Pros and Cons
Should your business go green?
Expanding Your Business Into Spain: What You Need...
Essentials For Your Office Coming Out Of COVID-19
What Can Marketers Learn From Digital Cults?
Why NASA’s James Webb Space Telescope Will Never...
Increasing HR Effectivity and Efficiency through Software Solutions
The Difference Between Building A Startup In Bull...
Fluor Corp Ranked Among Today’s Top Shorts
Common Pitfalls to Look Out for When Buying...
Will the Olympics go ahead this year?
Pack Up the Big Top: Insights from MozCon...
Best WordPress Themes for Blogs
Home Finance This 2020 Bull Market Cannot Be Stopped – Capitalism Is Now In Control
Finance 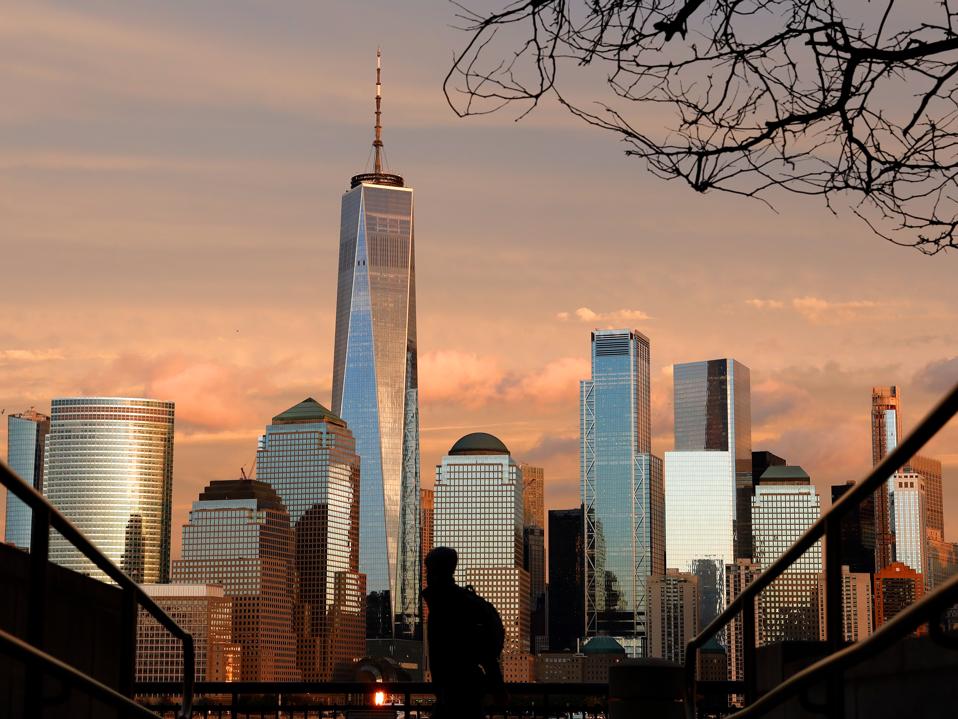 Throw out all those look-back reports, analyses and warnings. Ignore the overlong bull, overvalued stock views. They are useless and wrong. The U.S. economy and U.S. stock market now have a new ride, powered by capitalism’s engine.

The past few months have proven that all the bugaboos and supposed overriding forces are now immaterial. War, impeachment, executive orders, tweets, threats, geopolitics, central bank actions, laws, tariffs, walls – even the 2020 election – have been tossed into the back seat. What counts now are business leaders’ actions, consumers’ strengths and financial reality.

What about Trump’s bull market?

The stock market never has been about Trump. Look back at the two major market jumps that created the mislabeled “Trump bull market.” They were driven by other factors.

First, by the election surprise of Republican control (fostering the expectation that U.S. businesses and stocks would benefit).

Second, by the tax bill that handed U.S. companies a huge earnings boost and competitive advantage in the world markets. Yes, Trump supported and signed the tax bill, but it was the Republican congress that created and implemented it.

All the other stock market’s moves were noise and gyrations caused by businesses, Wall Street and investors trying to figure out how to deal with Trump’s volatile behavior. Most worrisome, of course, were Trump’s one-man war of “emergency” tariffs based on abstruse reasoning and unsupported “great” modifiers.

However, that time is now past. The public revelations of Trump’s amateurish behavior and incompetency have given rise to congressional reactions (including from Republicans) that show Trump’s ability to rule by executive order and “emergency” powers is over. Even as Trump moves toward reelection, watch for tariffs to reverse and peter out. Also, expect congress (the House and the Senate) to regain their constitutional powers to prevent any more “only-Trump-alone” actions and attacks.

The positive upshot is that capitalism and rational rule are returning once again as the economy’s and, in particular, the financial markets’ driving forces. That leaves this burgeoning bull market free to flourish, and the potential is great.

What about the Federal Reserve?

The Fed’s position that low rates beget economic growth has been resoundingly disproven, albeit not yet admitted by economists. Growth has been below past normal periods because the Fed refused to allow capitalism’s key pricing mechanism to work: Setting interest rates for proper allocation of resources.

The results were slower recovery, gluts in economic areas that produced unnaturally low prices and pockets of economic slowness, and damage to everyone who depends on interest income (savers, all entities with reserve funds, banks, insurance companies, pension/endowment funds). Instead of ensuring full-functioning markets, the Fed created unproductive risk-on/risk-off investment management nonsense, based on what the Fed might do.

It is capitalism that has enormous potential for growth, simply awaiting the world’s central banks to end this failed low-rate policy and allow the markets’ once again to allocate resources beneficially.

What will cause such a central bank shift? Inflation.

The Fed says it wants higher inflation, but just wait until rising inflation becomes a thing. Then the truth about the Fed’s misguided policies will become obvious as the terms “fiat money inflation” and “loss of purchasing power” once again become popular. Already there are signs of inflation thinking taking hold in the markets. This shift means the passive acceptance of the Fed’s undermining real (inflation-adjusted) rates is dwindling.

Then there is the bank reserve/repo activity that kicked short-term rates significantly higher. The Fed offered various reasons, later proven incorrect. It said a funding program (i.e., increasing the money supply) lasting one-day (then many days, then weeks, then months) would cure the problem – whatever it was. Currently, the Fed continues to push tens of billions daily into the market to try to keep rates in line with its shaky policy.

At the same time, the Fed had to shift from decreasing its huge bond portfolio to increasing it (a process that increases the money supply to keep rates down).

Such print-money-to-keep-rates-low efforts have failed miserably in the past, and this looks to be the beginning of the remedial lesson the markets will teach to this Fed.

Try this vision on for size…

Infrastructure is back on top. It is a winning, bi-party $1T proposition that Trump previously killed. The needs remain and Congress remains receptive. Therefore, expect the forces following next November’s election to rise and fill them. Compared to military spending and social program expenditures, infrastructure investment involves major capital projects (think transcontinental railroad and interstate highway system) that are not only boons to business, but also provide real gains for the economy. (Investor effect: Demand for funds pushes interest rates up and bond prices down; Stocks gain.)

Now looks to be the perfect time for a fully invested U.S. stock portfolio. (Yes, international stocks will follow, but focus now on what we know best.)

With a mindset that excludes the past few years and focuses on what could be coming, we can envision the growth that is possible and the investor enthusiasm that would result. This happy, capitalism-driven scenario has happened many times before, and it looks to be returning in 2020 and beyond.

A Royal Question: When Do Leaders Have A Duty To Step Back?