Olaris, founded in 2014 by Liz O’Day, is using “biomarkers of response” to determine the best possible course of drugs to treat patients most effectively. O’Day has a PhD from Harvard in biological and biomedical sciences. 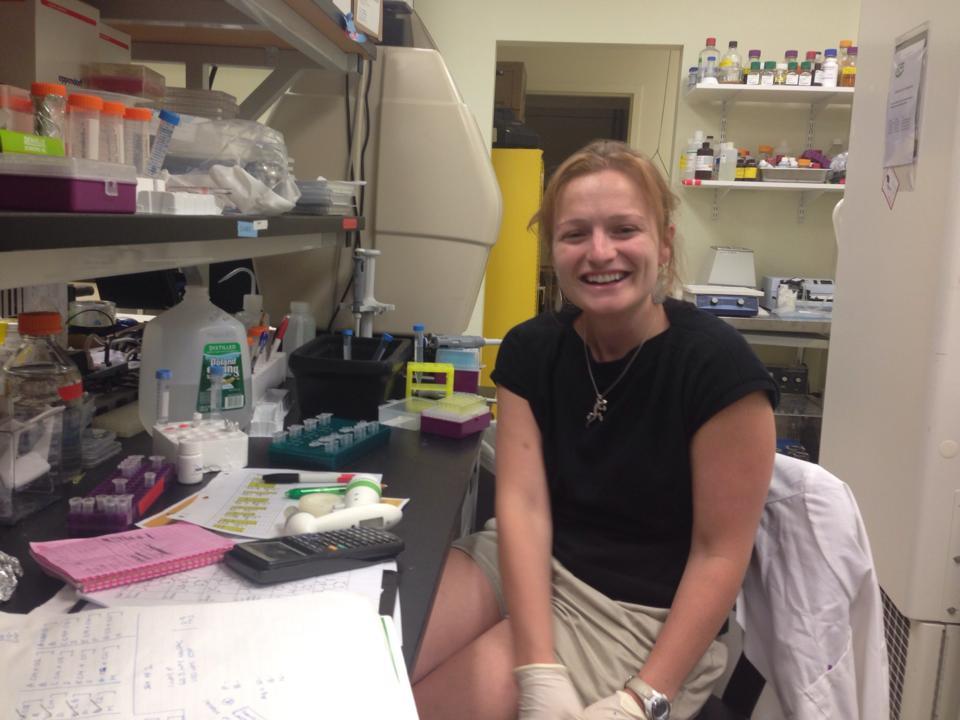 Liz O’Day, CEO and founder of Olaris, working in the lab.

These biomarkers in our blood — DNA, RNA, metabolites and protein — make up who we are, and help determine why certain people are susceptible to certain diseases, O’Day said.

Metabolites, she said, are a more effective identifier of who we are than our fingerprints. While genes are static, metabolites, “the small molecules that swim around in you,” are constantly changing, reacting to your environment.

“Even if you’ve recently traveled, the water in different parts of the world has different contaminants in it that will show up in your metabolites,” O’Day said.

Biomarkers also explain why the same drug can work in one person, and not in another. In some cases, one person may benefit from a drug while another person is actually harmed by it.

On its website, Olaris cites a 2001 study done by researchers at Abbott laboratories in Chicago that showed the percentage of the patient population for which any particular drug is effective. The study examined diseases ranging from cancer to diabetes. For diabetes, 57% of patients responded to a particular drug, while for cancer, only 25% of patients were helped by a particular drug. 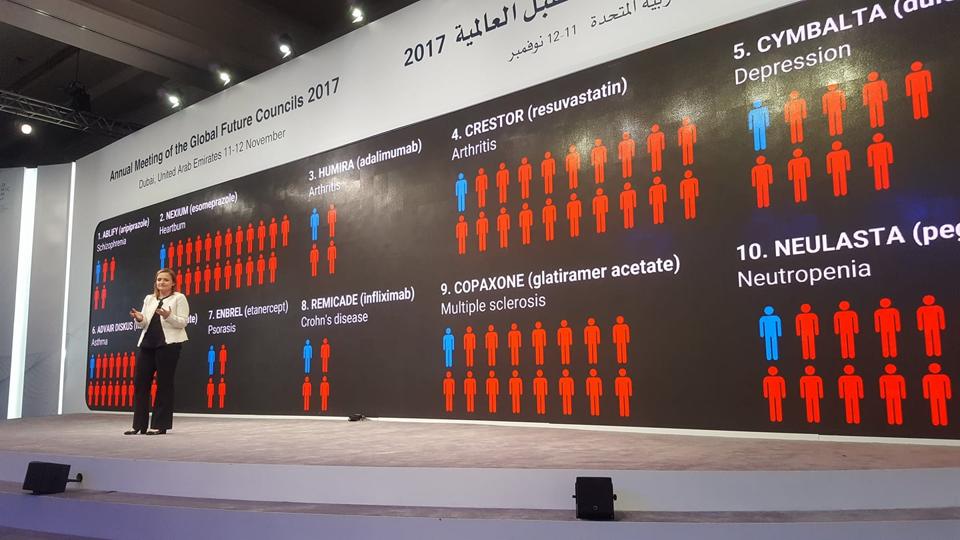 O’Day wants to improve those odds.

“We’re a precision medicine company, trying to get the right drug to the right patient at the right time,” O’Day said.

When O’Day was a child, her brother had a rare form of adrenal cancer called neuroblastoma. She was in the first grade and he was in the third grade.

“For two years my family lived in Boston Children’s Hospital,” O’Day said. “We weren’t sure what was going to happen.”

Her parents tried to insulate her as much as they could, but O’Day remembers that even as a first grader, she could tell this was “not a great situation.” 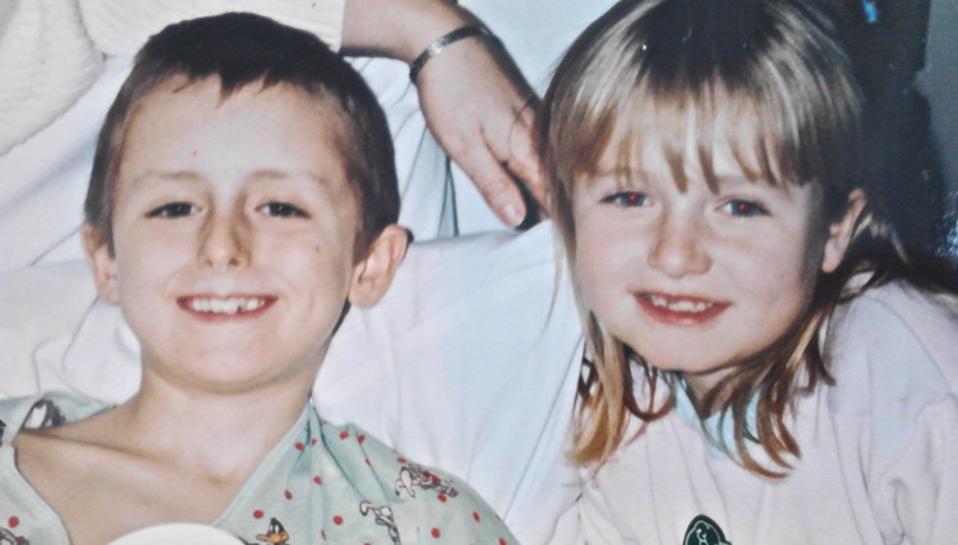 Liz O’Day and her brother, Rob, when he was fighting a rare form of cancer.

O’Day’s brother survived, and the course of her life was set.

“I know it sounds a little cliche, but I felt like curing cancer was my mission, even as a kid,” she said. “I was always researching cancer in the library.”

In high school and at Boston College, where she earned a bachelor’s degree in biochemistry, O’Day was obsessed with science, and practically lived in the lab.

“I made a deal when my brother was sick that if he got better I would do anything I could to solve this,” O’Day said. “I took it like a solemn vow, and I have been working my butt off to hold true to that younger person.”

O’Day explains that typically what happens now is medicine follows standard of care guidelines that dictate everyone starts on a certain drug if they have a certain disease. You see how that goes, and if it doesn’t work you move to a second drug, then to a third drug.

For cancer, O’Day said, we know that 20% of patients won’t respond to that first drug.

“It’s super ineffective,” she said. “We have the technology to identify those non-responders and bypass ineffective treatment and get on something that works for them.”

O’Day wants to revolutionize the entire process, starting people on the drug that is most likely to benefit them. 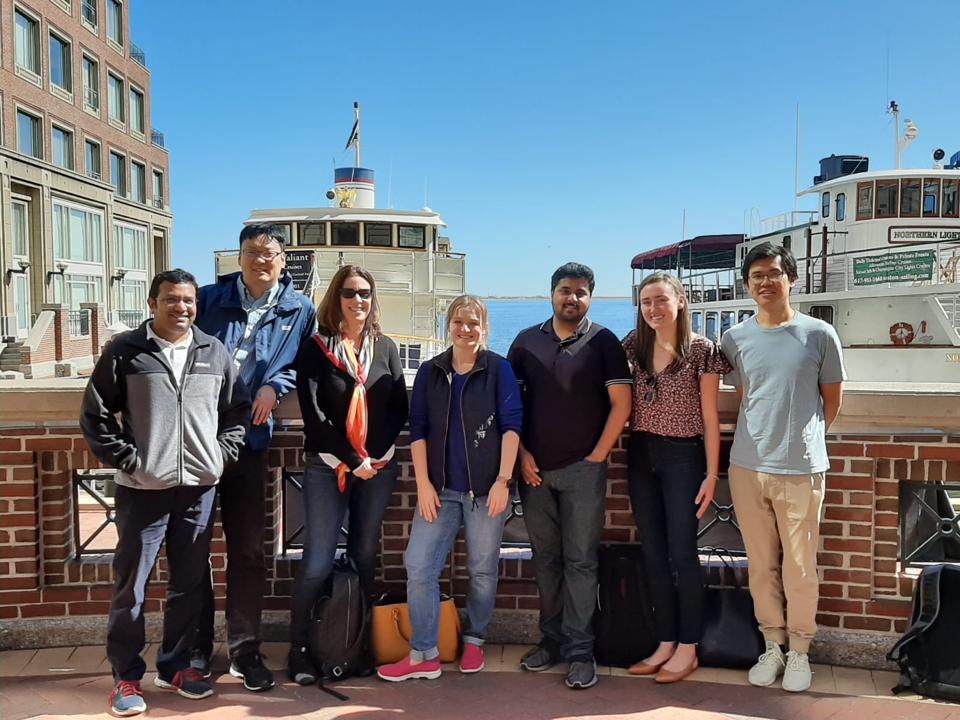 Liz O’Day and the Olaris team on the Boston waterfront.

“Cancer is a tricky little minx,” she said. “It’s going to mutate. We have to keep monitoring it and cycle in the next best therapy.”

O’Day said she is constantly asked if we can cure cancer.

“Yes, we can, but it takes staying one step ahead of it,” she said. “If my brother got cancer again, I would measure his metabolites and make sure we’re staying ahead of it.”

Olaris has raised $7.5 million in venture capital to date. In addition to using biomarkers to determine which drugs are right for which people, the company is incorporating machine learning and artificial intelligence as well.

“Part of what makes Olaris unique is we bring together biophysicists, biologists for cancer biology and data scientists,” O’Day said.

O’Day hopes to have her first product in 15 to 18 months, biomarkers for one particular drug for metastatic cancer. In February, Olaris received a grant from the Michael J. Fox Foundation for Parkinson’s Research to work to identify biomarkers that can detect Parkinson’s at its earliest onset, seen as a critical step to improving patient outcomes for the disease.

“My dream is not one product, but biomarkers for all drugs,” O’Day said. “Here are the top drugs for you, and the drugs that are least likely to help you.”