Bitcoin has been on a major tear over the last few weeks—with the bitcoin price adding an eye-watering 40% since the beginning of the year.

The bitcoin price, which was trading under $7,000 per bitcoin just two months ago, has surged to over $10,000 this weekend—and many are expecting bitcoin, as well as the booming wider cryptocurrency market, to keep on climbing.

The latest rally comes some two years after the bitcoin price soared to almost $20,000 per bitcoin back in December 2017, rocketing from under $1,000 at the beginning of the year as bitcoin and cryptocurrency fever swept the world—but data suggests this bitcoin bull run is very different. 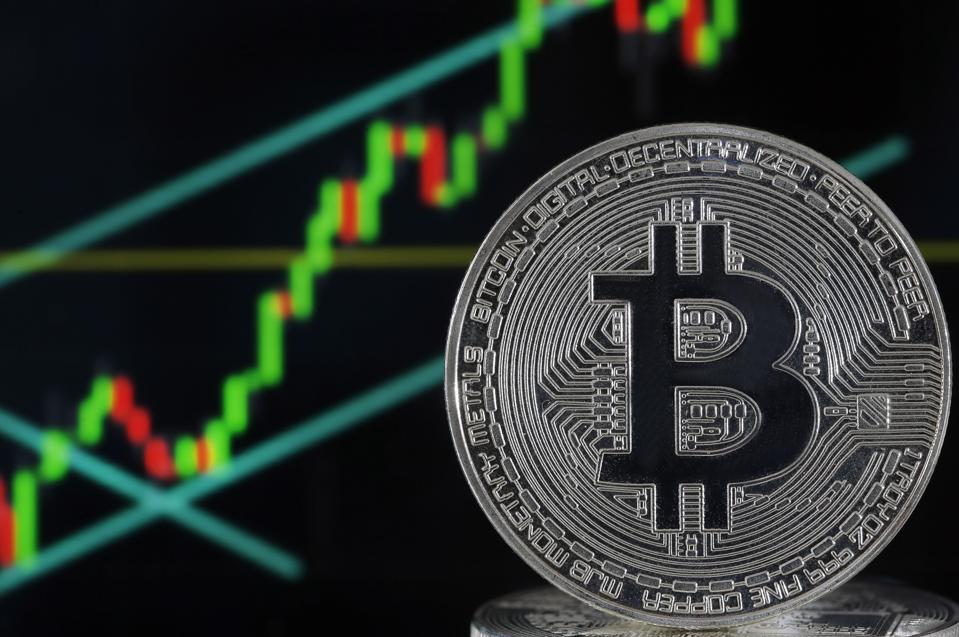 The bitcoin price has climbed to its highest in almost six-months–giving the wider cryptocurrency … [+] market a significant boost.

“During last summer’s rally, we saw highs of over 60,000 unique daily deposits—likely investors taking profit,” Glassnode said via Twitter, adding the decrease could be due to long term bitcoin investors having “fewer incentives to sell.”

Bitcoin exchange deposits have previously increased along with the bitcoin price, with deposits falling back during bear markets.

However, deposits have continued to slide this year despite the uptick in the bitcoin price, leading many bitcoin and cryptocurrency traders and investors to attribute the latest bull run to long-awaited institutional investors buying up bitcoin. 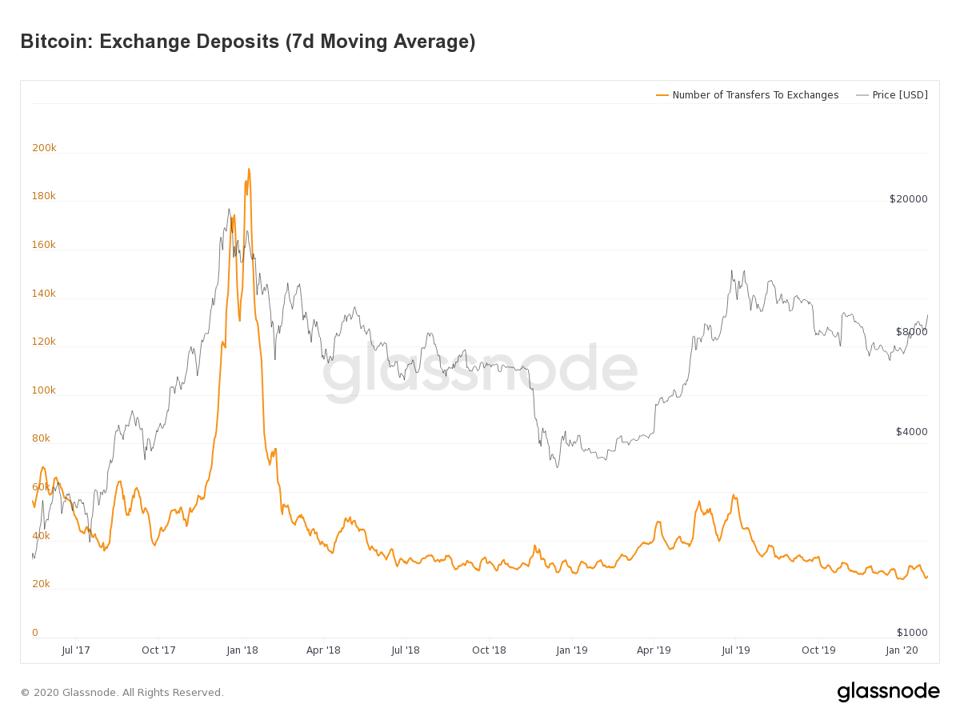 The bitcoin price has historically moved in tandem with the bitcoin exchange deposits but appears to … [+] have decoupled last year.

This theory is backed up by the latest numbers reported by the world’s largest bitcoin and cryptocurrency asset manager, Grayscale.

Last month, Grayscale revealed it recorded inflows of $600 million in 2019, more than 2013 through 2018 combined, and declared institutional money has finally arrived in the cryptocurrency space.

“If the persistent question is ‘where are the institutions investors in crypto?’ the answer is that they’re here and showing up in a meaningful size,” Michael Sonnenshein, managing director at Grayscale, said at the time.

Meanwhile, some are expecting the looming bitcoin halving event, which will see the number of bitcoin rewarded to miners cut by half in May, to trigger another wave of retail interest in bitcoin and crypto.

The number of people searching Google for the term “bitcoin halving” has been steadily rising along with the bitcoin price, analysts at Arcane Research found, adding that an increase in searches could be a sign bitcoin’s halving will recapture the wider public interest in bitcoin and crypto that catapulted the bitcoin price to around $20,000 in 2017.

‘The Doors: Break On Thru A Celebration Of Ray Manzarek’ Looks At The Musical Genius Behind One Of The Most Seminal Rock Bands In History